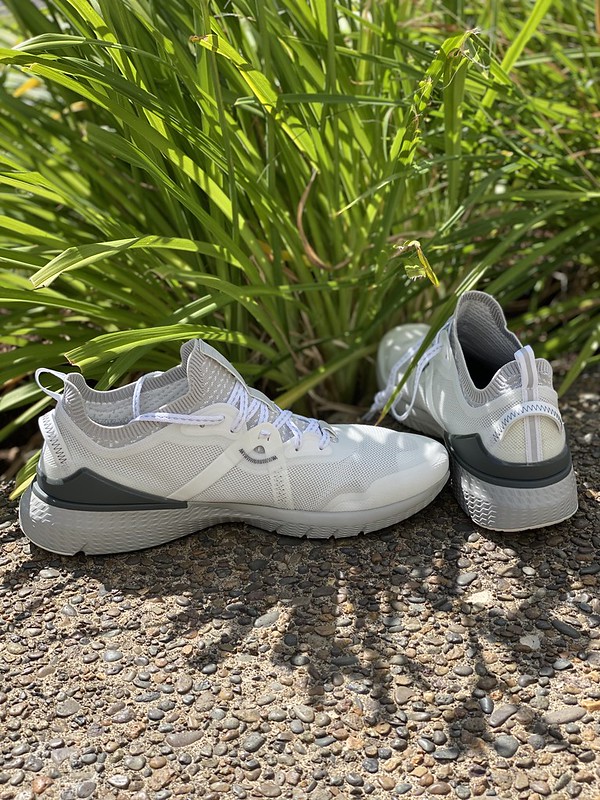 I’m not magician or psychic, but I’m gonna go ahead and make a prediction that you didn’t select Cole Haan. In fact, you (like me initially) had no idea that Cole Haan even made running shoes. You wouldn’t necessarily even expect this new foray considering their general disposition towards casual and business wear, but here we are. And, to be honest, you could do a LOT worse than their new, stylish ZERØGRAND Overtake shoes. 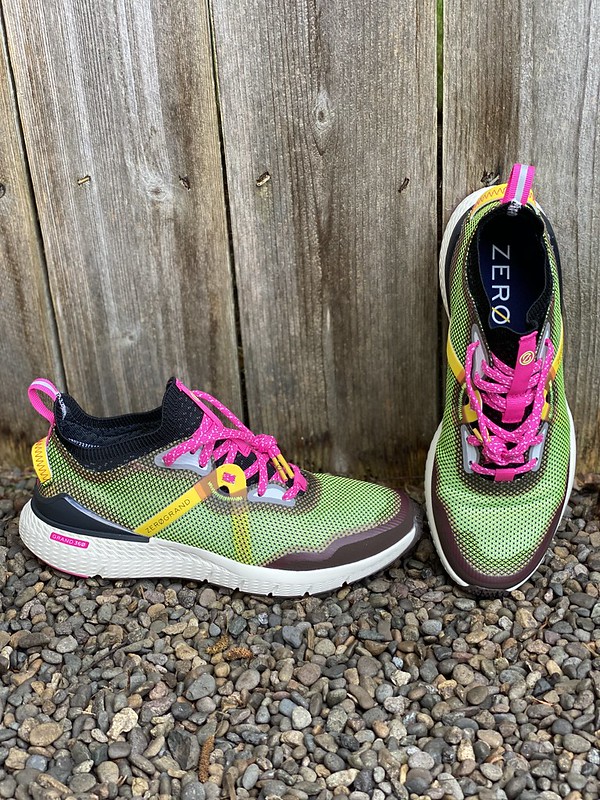 Cole Haan, in my opinion, is pretty well known for creating stylish apparel and footwear – just not in the running variety (until now). So it shouldn’t really come as a surprise that the Overtake’s fill a really stylish void, complete with a bit of restrained flair in their construction. They still look like running shoes, but have a few simple visuals that give it a little oomph – again without going overboard. Both reviewers have received numerous compliments about their shoes – both while running and in other settings as well.

The mesh upper is almost see-through and, coupled with the bootie-portion, it looks really great. It may not prove to be the most breathable fabric in the long run, but it holds up well in shorter low-mid mileage spurts.

The Overtake’s seem like a great pair for those of us who like to have at least one pair of running shoes that can be utilized in numerous settings – both on the pavement and in casual settings as well. I travel (or in a pre-COVID world, traveled) a fair amount for work and always loved having a pair of shoes that had all the awesomeness of running shoes, yet didn’t overly give off that impression so that it could be doubled up as a casual pair for use with jeans. This just kept my luggage light and easy. The Overtake’s, specifically the Optic White – Sleet pair I tried out, are fantastic for this. They are crisp and clean enough (for the time being) to wear with shorts this summer and look great with a pair of jeans as well. 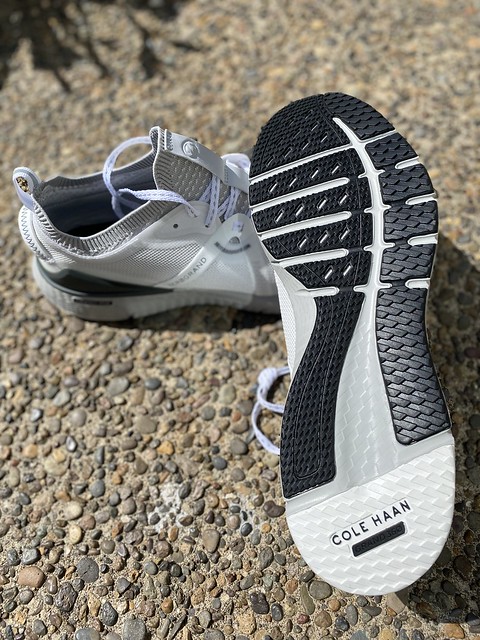 The Men’s Overtakes come with 6 color options and the Women’s version coming in 5. They range from simplistic white – ranging from the simple (mostly white or black, as we received in the men’s) to ones with a greater flair for the dramatic (see our women’s green/pink version). There is seemingly a style readily available for any sensibility.

If you didn’t know, Cole Haan was once a Nike property and has sort of been hinting at running shoes for a while now. Some of their construction of business shoes over the year have been incorporating certain aspects that are usually reserved for running shoes (a foam insole, for example). Though they aren’t involved with Nike any longer, their ZERØGRAND line, this shoe’s namesake, has been around in a few of their more casual offerings.

So basically, it makes complete sense to move this into an actual running shoe. We tried both a women’s and men’s version in this shoe and the reports back seemed relatively consistent across both. The midsole is their Grandfoam construction — made from an injection molded EVA. Neither tester found them to provide the most plush cushion in the world, but they still held up pretty admirably on the pavement and no complaints were received about this during runs. It may not be the perfect shoe for longer runs (say 8+ miles) considering it’s relatively higher weight and firm feel, but for shorter training runs it does a nice job. To go back to the travel comment, it’s a great shoe to explore a new city in. 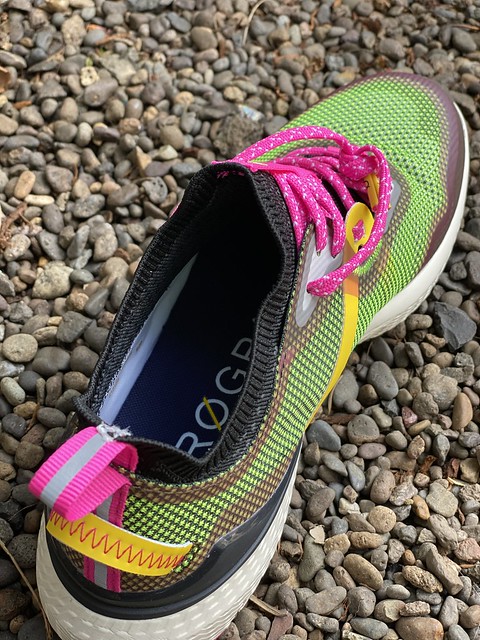 While I really liked the accented bootie, it seemed to fit a little loose and didn’t necessarily hold things as tight as I wished on the upper foot. Don’t get me wrong – it didn’t effect a secure fit through the midsole, but was definitely not as structurally competent on that portion as some other similarly constructed running shoes.

When I was working from an office (is that still a thing?!), I utilized a standing desk. While this is great, I was often forced to take my work shoes off as they were so uncomfortable to stand in for longer periods of time. These would have (will be…?) the perfect option to wear to work without getting sideways glances for wearing obvious running shoes, while also providing that comfort that I so desired at work. 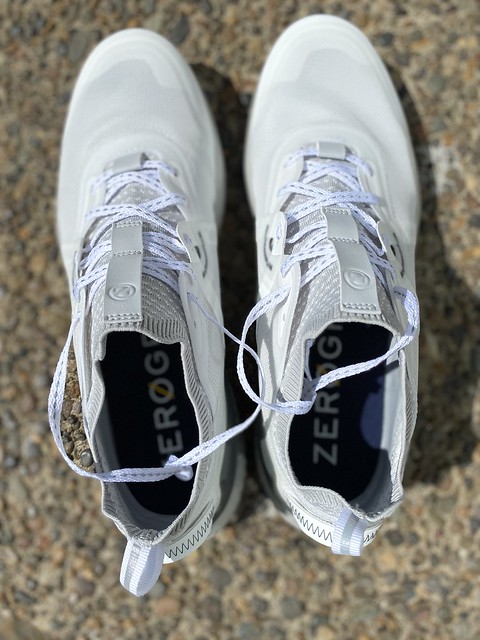 I didn’t expect to say this, but seriously consider giving Cole Haan running shoes a try. They run a little high ($170) for a brand new venture, but I would consider them an investment of two pairs of shoes in one – running and casual. If you are on the fence and would rather try them out before committing, just know that you can try these out for 60 days, risk-free. If they don’t agree with you, send them back. Simple enough.

Run Oregon sometimes receives running shoes and gear to test. We post our honest impressions with the intention of helping you determine if a product will be right for you. Learn more about how Run Oregon conducts reviews through our transparency page here.