Run Happy. This is the BROOKS Running motto and it’s never been more important or more true than right now. Running unites people and puts us all in (quite literally!) the same shoes.

I’ve been running a lot during the pandemic. Running away from my kids and the homeschooling that frustrates us all, running from my home where I’m sick of seeing the same walls, running from my dear husband and parents who live with us because though we love each other dearly, we all just need to escape sometimes. I went from running a bit over 100 miles a month to 250 miles in May. So I need shoes. I wear them a lot.

The new Brooks Levitate 4 shoes saved me for June. There’s nothing like a brand spanking new pair of shoes when you’re a runner, and I never know what I’ll find in a Brooks shoe box because they are all a little different. There’s really something for everyone. I’ve become a recent Brooks convert because they didn’t work for me in my early days running and I’m so glad I decided to try them again in recent months. I praise them to the high heaven now, because they are constantly evolving and do such a great job of offering multiple styles and sharp colors and technology.

When I opened the box containing the Levitate 4 shoes, it was love at first sight. The color is called “Antarctica/Atlantis/White” and they are beautiful. It may not matter what a pair of running shoes look like in the grander scheme of things but it sure doesn’t hurt. The style of the shoe got me excited too, as the sock-like upper with the knit material looked breathable and comfortable. I couldn’t wait to get them on. 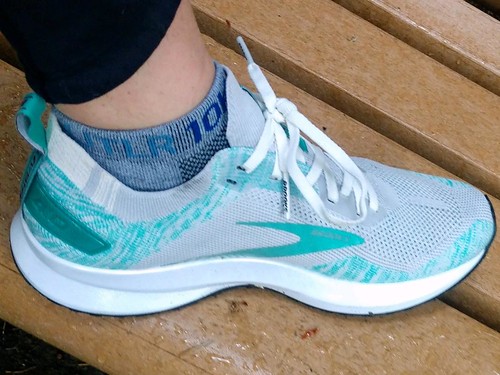 As usual, these BROOKS shoes didn’t disappoint. The newly reformulated DNA AMP on the Levitate 4 is 20% lighter, so there’s great spring to these shoes. BROOKS says that these shoes are “for runners who want a shoe that helps them by giving energy back with each step,” and I couldn’t agree more. The highest energy return foam is better than it’s ever been and I felt like I was flying when I took them out for my first run.

The knit material of the Levitate has a wraparound integrated collar for a sock-like fit that moves with your ankle and foot when you go. The new version of the Levitate also has an updated arrow-point pattern to aid quick transition from heel to toe and an updated Fit Knit Upper that molds to your foot like a glove that’s both breathable and light. 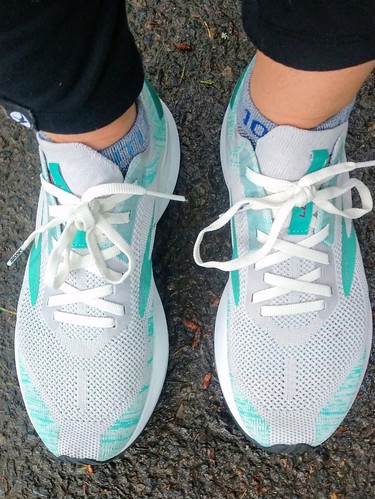 What I like about the ride on these shoes is that though they feel light and springy, there’s still a good deal of support. These are not a minimalist shoe, and they feel stable on my feet. They are not as cushy as many of my other running shoes, but they are not uncomfortably stiff either. Also, with the increased mileage I’ve been putting in, I’ve slowed down a lot, but the Levitates made me feel like I was running fast again. Strava will likely tell me differently, but they just GLIDE.

I’ve already recommended these to several of my runner friends. They aren’t out yet, but they will be soon! I plan to get a lot of use out of these, so maybe I should cut back on my mileage to make them last longer. Maybe. 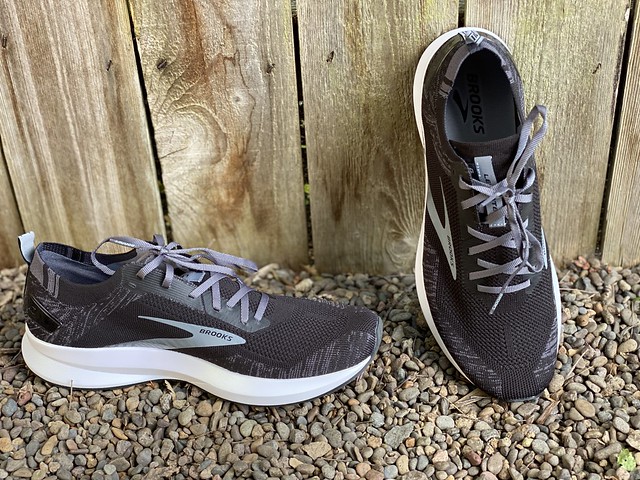 Brooks’ Levitate 4 has come a long ways over the years, in my opinion. I was a big fan of the first iteration of the Levitate’s and put probably my most amount of miles in these shoes than in any other single pair of shoes. I just moved on from the Levitate 2’s a few weeks ago and, while I enjoyed them, the fact that these were almost two years old and I had yet to reach a point where they needed to be recycled, speaks a little about them. It was definitely an upgrade, and I actually enjoyed them, but they didn’t end up filling that void as one of my favorites. 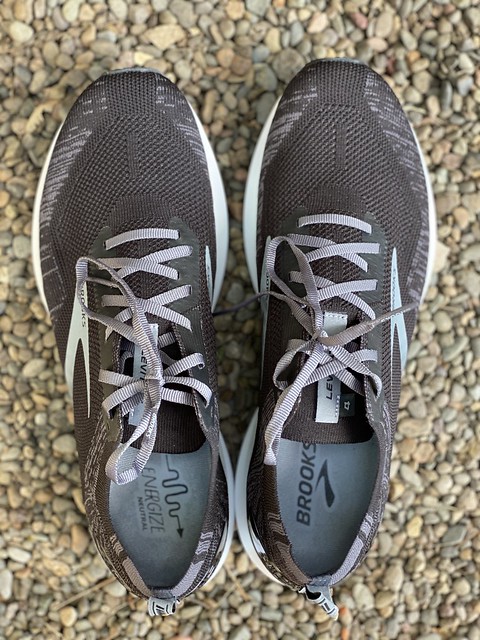 At this point, I am really enjoying the 4’s. They feel more streamlined (i.e. perhaps a little on the narrower side – which isn’t an issue for me), and the groundfeel was a nice surprise. I have found myself running on thicker soles lately, and I noticed that during my runs in the Levitates that I was more able to get a feel for the road then I have been used to. The sole rubber is also pretty thin and appears to be a singular piece – making it a little stiffer than other shoes that have multiple rubber sections. That being said, they have fit and ran very well over a handful of runs, and even some steep downhills made it evident that the shock-absorption was on point.

I could also tell that, despite still being on the heavier side (10.3 ounces), they were lighter than previous iterations – turns out by 1.3 ounces. 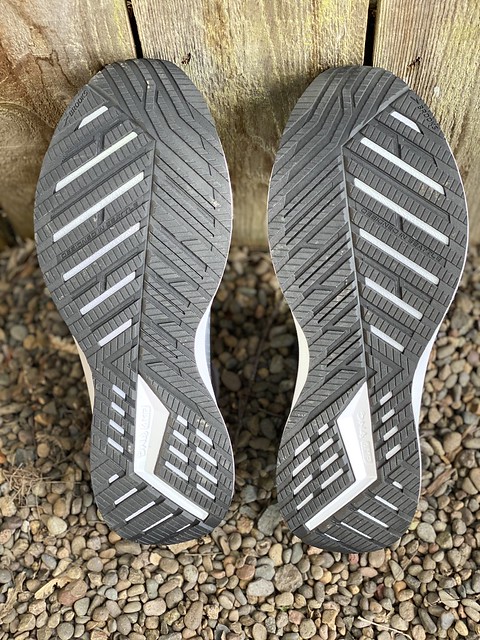 I have been looking for a pair of running shoes that can double as my travel shoes – a pair that doesn’t outwardly look like running shoes. Essentially I want a pair I can wear on airplanes with some jeans – and thus have functional footwear for exploring new areas without needing to fill my bag with extra shoes. The Brooks Revel 2 filled that void for quite some time – until I did a dozen miles on a ridiculously muggy Philadelphia morning and could NOT get the stench of pooled sweat out and had to leave behind. RIP. 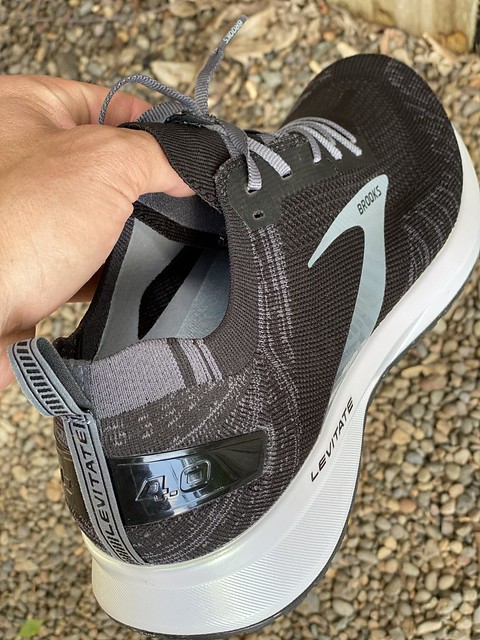 The knit upper and black styling are ABSOLUTELY what I have been looking for and that void will finally be filled!

Many thanks to BROOKS for upholding their end of the bargain and helping us runners RUN HAPPY.

We live by the following:

Thank you to BROOKS for providing us with samples. Please read our transparency page for info on how we do our reviews.