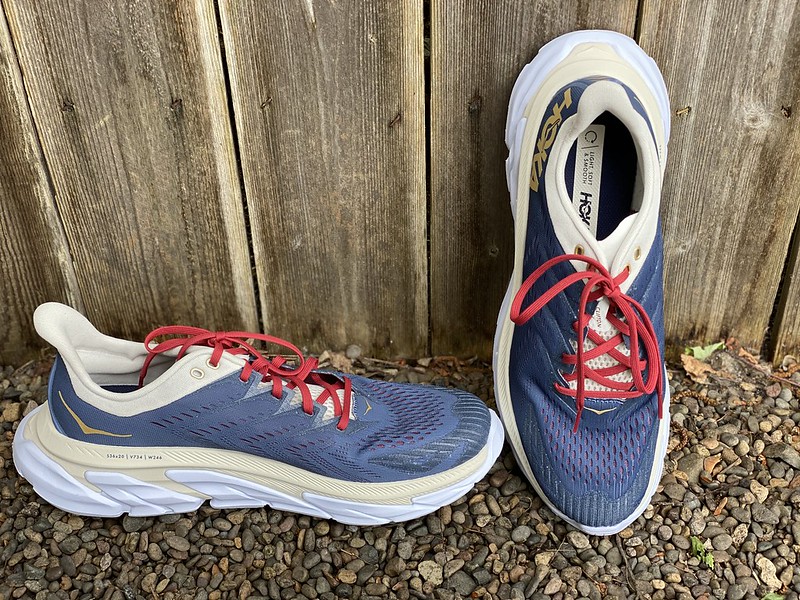 After never really putting much time in HOKA ONE ONE shoes over the bulk of my running “career”, I have found myself in a heavy HOKA kick as of the last few years. They just seem to put out the right combination of technical and comfortable and I hardly have any challenges with fit of feel. I’m usually very happy with how I feel in HOKA shoes – and the new Clifton Edge (releasing August 1, 2020) is no difference.

Clearly the first thing that comes across in the Clifton Edge is the bulky, elongated heel. I remember seeing something similar in their trail shoe – the TenNine – but the Clifton version is designed for the road and the heel bulk is a little more toned down. Speaking of the heel, I almost feel this is more cosmetic than functional – unless you are an extreme heel striker. I know that I am heel strike a bit (as do over 90% of us), but I never really even noticed the bulk in the back hitting the ground while I ran.

The other main visual part that the eyes fixate on is the tall heel collar. This is designed for more than looks, as it can also be utilized as a pull tab. Additionally, it flares back away from the heel (while still somehow keeping the foot secure) to keep from rubbing against the Achilles. I don’t generally have issues with heel rubbing in most running shoes I wear, and I experienced none in the Clifton Edge either. Perhaps, if you do have issues with rubbing, then these may be a solid option to check out. 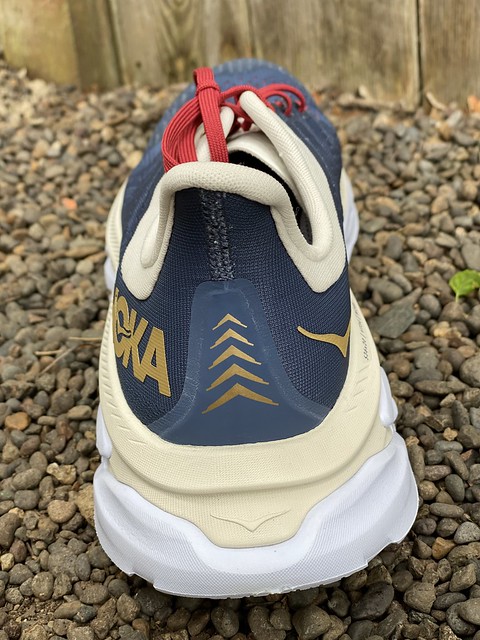 It is unclear how many color options there will be when the Clifton Edge officially releases on July 1st. There are currently two colorways for ordering on the site – Anthracite/Evening Primrose (essentially black with neon freen/yellow accents) and Nimbus Cloud (grey with pink, orange, and light blue accents). I know some people may have issues with the latter but when I first saw that option I was obsessed. However, given the fact that none of the pictures in this review are either of those, it is unclear if there may be more color options available in the future. 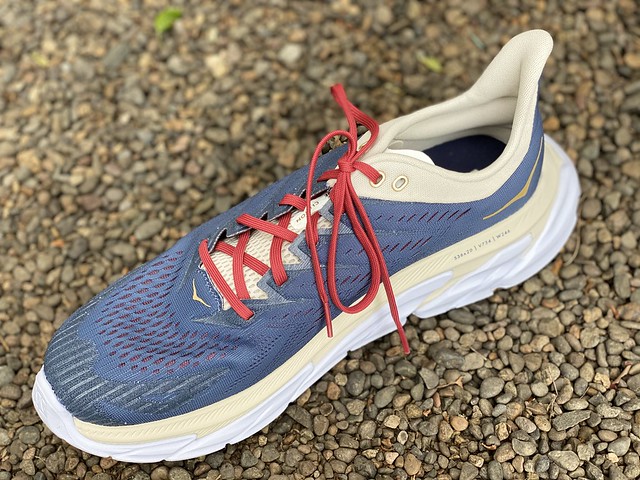 Of course, if you ask a person to describe HOKA in one word, you will probably hear some version of “cushion” or “thiqq”. The Clifton has that same sort of visualization to it, and the sole really highlights that. The sole uses a really thick rubberized foam (which is actually what the HOKA Mach is made from) that doesn’t require rubber on the outsole and still provides that signature HOKA springiness . Even without that additional layer, it seems like it may still be durable enough to put in a log of miles. Even with the size of the foam it, it doesn’t weigh down the shoe. In fact, the looks of the Clifton Edge portray a visual of heaviness, but in fact it’s surprisingly light overall. In fact, I believe it may be the lightest in the Clifton family since the original. It’s not a sleek, light racing shoe, but it’s much more manageable than it looks. 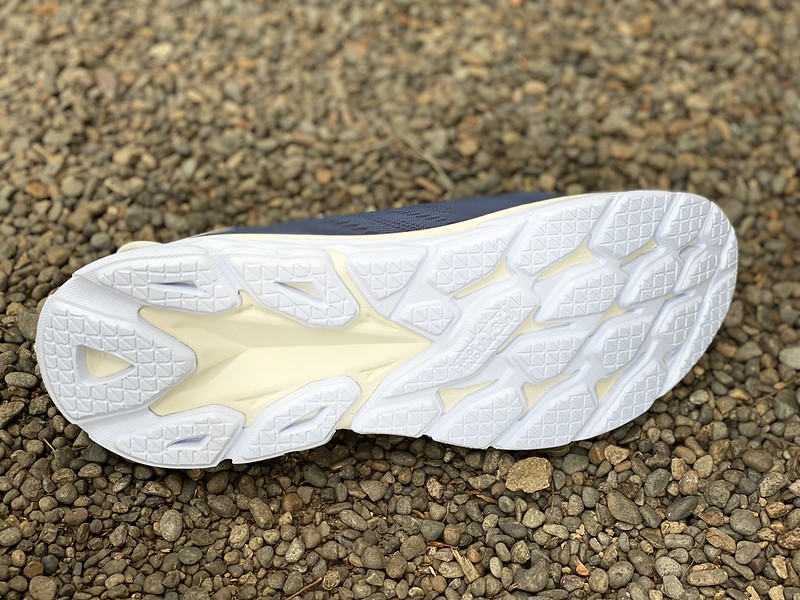 The lightness, at least partly, is likely due to the construction of the upper – made from a single piece of air mesh. It looks relatively simplistic, but it is thin and has done a very nice job of holding the foot in place without slippage. HOKA also mentions utilizing TPU yarns near the toes and alone the laces to keep things tight, but that’s about the only addition. Honestly, the upper exists to be light and do it’s job – and it has accomplished this like a boss so far.

Inside the shoe, the midsole rocker does a really solid job at propelling things forward. Maybe it’s a conscious coupling with the midsole and the heel, but the feel is really quite superb. And while it’s not a “wide” shoe per se, it seems to have quite a bit of room throughout. 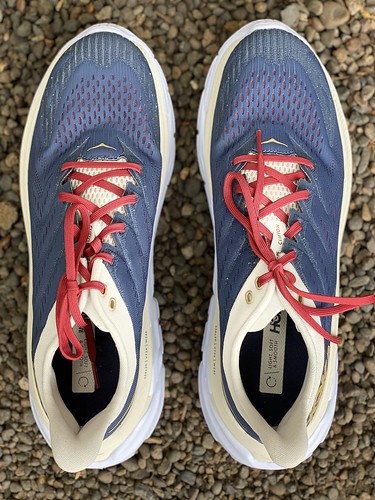 Company: HOKA ONE ONE

HOKA ONE ONE was created with one goal in mind — make running easier. We do things differently, from the look of our shoes all the way to the technologies that make them possible. If you’ve ever worn a pair, you know what the HOKA difference feels like, but there’s a lot that goes on behind the scenes.

Run Oregon sometimes receives running shoes and gear to test. We post our honest impressions with the intention of helping you determine if a product will be right for you. Learn more about how Run Oregon conducts reviews through our transparency page here.