We all know that avoiding close interaction with others can help slow the spread of coronavirus. One question that has sparked a lot of discussion is whether or not a “Social Distance Run” (running with someone, but maintaining a distance of six feet) is okay.

This video from The University of Eindhoven shows what happens when someone sneezes or coughs while running. It’s pretty clear that running directly behind someone means you’re running right through their cough, but what does this say about running abreast, but with distance between you? And what about the direction and force of wind? Or what about it you encounter someone coming the other way? 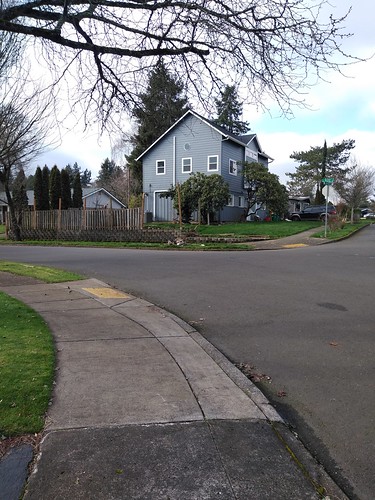 I stopped during a solo run to snap this photo – so I could show a running friend that this house’s remodel was finally done. We used to run by it all the time and it was a running joke that it would never be done.

Here are a few suggestions to let you still enjoy connecting with a friend without putting anyone in danger:

No matter what you end up doing, running by yourself is still the smartest, safest option right now and for the foreseeable future. I know it’s more fun to run with friends – you can talk about whatever comes to mind and the combination of talking and exercise is a great stress release.

If you have a friend or know of a group that isn’t adhering to these social distancing rules and is still scheduling group runs, please be that person who speaks up about it. There will be people who disagree – that’s fine, you can’t change that – but there will be more people who appreciate you being firm about following the rules. You can set an example that could save lives.