Recently I was training one of my clients and he asked me for some advice on his Brooks running shoes. He had found a pair that he LOVED at his local running store, and he wanted to stock up on some more. However, he also wanted to try and save some money and was having a hard time stomaching the thought of shelling out another $200 for another pair or two. So he asked me if I knew of a place he might go online to buy the shoes at a reduced cost.

The “running store vs online store” dilemma is one that many runners feel extremely strongly about. It wasn’t so long ago that I saw an argument on Facebook going between people on the side of “buy from your local running store” vs the “save some money and buy your shoes on Amazon” crowd and boy were both sides heated. People were name calling and getting very defensive on this topic.

On one side of the coin, you have your local running stores. They are a dying breed in many regards, just as many of the department stores are these days. Stores like Sears and Toys R Us which were HUGE back in the day, are closing their doors now that online shopping is proving to be too hard to compete with. I personally find this a little disheartening, as I have so many memories of the excitement I had as a child visiting these stores, though perhaps it was a personal hell for my parents. My first real job outside of High School was at Sears, and it was a thankless job at times, but I learned so much about life working in retail. I look at all the hard-working employees and think about how their jobs are becoming obsolete, how kids today might never even need to work in the service industry in the same way, and it makes me depressed. For a specialty industry, like a running store, I can only imagine that it’s twice as hard to stay in business.

Though that specialty is also what a running store has going for it too. A running store is the best place to go if you’re a runner who wants to try on shoes in real life. You can’t get a feel for shoes when you look online. Unlike many other purchases, shoes are something you often need to physically get a handle on before you buy. If you want to take them for a spin to see how stiff or cushy they are or even how “blue” that shade looks in real life, online glances won’t cut it. And if you aren’t sure what you need or what sort of stride you have, the advice of an employee at a running store, (9 times out of 10 a runner themselves,) is golden.

On the other hand, running stores are often, though not always, more expensive than what you’ll find online. You are paying more for the shoes or the gear because you’re also paying for that employee to be in that store and for that store to be there in the first place. We all know why, but it can still be hard to justify when you’re on a budget. Running used to be a fairly cheap sport. Part of the appeal of becoming a runner was that you could throw on a pair of sweats and some beat up kicks and go for a run around the neighborhood. But that’s simply not the case anymore. For one, people are putting some serious miles on their shoes. I personally ran over 1600 miles in 2018 and shoes aren’t meant to last you forever. It gets expensive to buy shoes every few months, not to mention the clothes and the gear that you maybe don’t need but want anyway. And shoes aren’t cheap anymore either. It’s rare to spend less than $150 a pair now, and it’s usually closer to $200. $1000 a year or so in running shoes is more than I’d spend on anything else in my wardrobe. So if you can get the same exact pair of shoes for $20 less online (plus free shipping,) I can’t say I would blame anybody for being tempted. 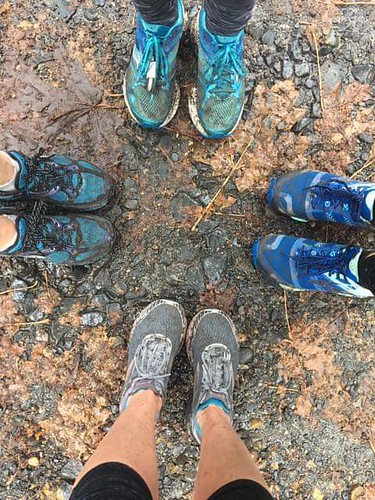 However, in my honest opinion (which is certainly not shared by all,) I think one of the biggest disservices you can do as a runner is to go to a running store, spend an hour with an employee finding your perfect Cinderella moment with the right shoes, and then leave and buy them online because they are cheaper there. You just wasted that employee’s time and though it’s their job to help you, it’s really a disrespectful thing to do. I personally think the decent thing to do if you want the shoes is to pay for that time and the knowledge that they afforded you. One more purchase to keep them in business that much longer.

Again in my (maybe unpopular) opinion, if you find yourself buying the same shoes time and again and you’re not asking for anyone’s help, maybe then you would be justified in ordering online. I have had a lot of luck with online purchases when a new version of my shoe comes out and I want to get the older version. The older one generally drops in price online and is also harder to find in stores in my common size, so I don’t feel guilty buying them online. And even better, they are sometimes up to $30 cheaper than they were when they were the latest and greatest. Everyone wins here.

Another thing to keep in mind is that not all online stores are created equal. I have a pair of Hokas that I love and I asked my local running store about this particular model and they don’t carry them anymore. I found them on one online site for $225, which is way more than I would ever pay for them. However, I found the same exact ones on another site for $96, free shipping included. So buyer beware .. It’s never a bad idea to shop around.

I guess the best piece of advice I can give on this debate is to consider what you’re buying and at what price you’re paying. Running stores give a lot to the community and I want to support them as much as I can. I met our very own Kelly Barten at a running store that was hosting a group run. I hope that our future has opportunities like this as well. It’s about more than the money that you’re spending to run and sometimes you really do get what you pay for. 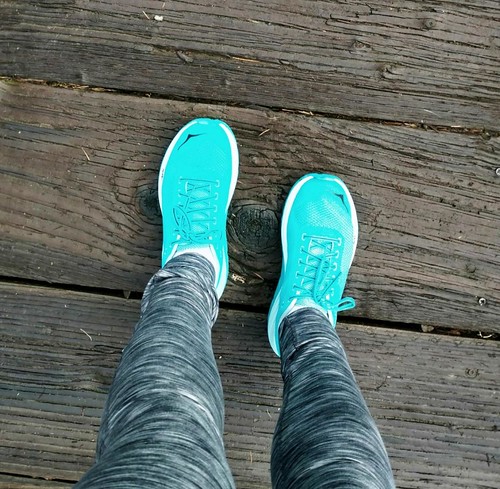