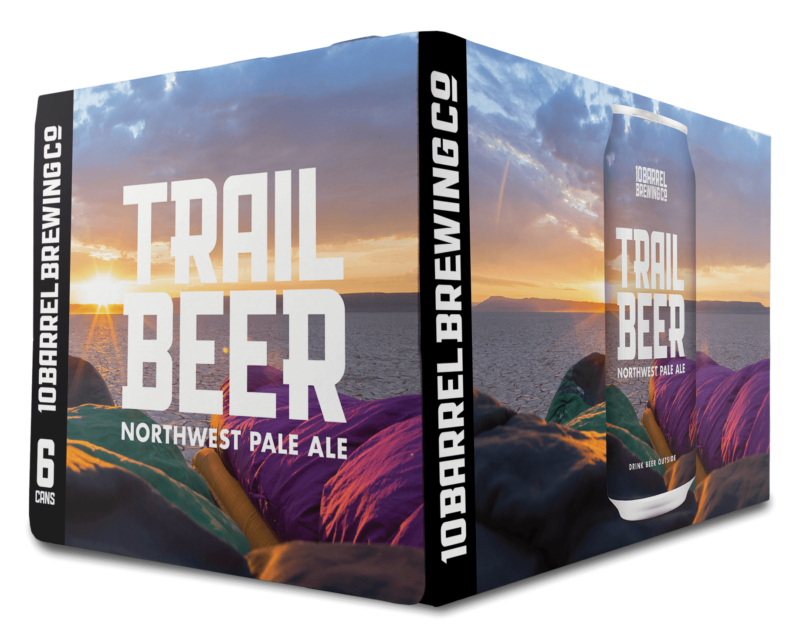 I love beer and cider. After now having visited over 465 different breweries, it’s fair to say I have sampled a lot of beer (follow me on Untappd). From post-race pints and run club meeting locations, to beer miles and relays, running and the kegged nectar seem to go hand-in-hand in Oregon. Our Kegs and Legs feature is where beer drinking runners like me can go to find some new favorite beverages.

If you are looking for a last minute stocking stuffer for the beer drinking runner in your life, a fantastic option is…well…beer. I don’t know of many beer drinkers who would say no to being treated with a few cans on Christmas morning. And instead of going too far off the wall, 10 Barrel has a few straightforward options that is sure to satisfy most palates – Joe IPA and Trail Beer. Here’s a little bit about 10B from our previous post.

I have appreciated 10 Barrel beer for quite some time. In fact, my graphic designer cousin-in-law (is that a thing?) is actually responsible for the creation of their iconic barrel logo and, as a result, I recall our trips to Bend almost always featured a stop there. Since I first came across their stuff, they have grown exponentially and now have a much larger spot in east Bend, as well as Portland, Boise, Denver, and San Diego. Their MO is promoting outdoor culture, and this includes the running community as well. In fact, their east side Bend location was the first exchange location at this past year’s Bend Beer Chase.

Joe IPA is one of favorite year round IPA’s from 10B (I enjoy it more than their Apocalypse IPA). It has a nice hoppy taste profile (Simcoe, Amarillo, & Mosaic hops) that is balanced out quite nicely with citrus.

Trail Beer is a fun Northwest Pale ale that comes in beautiful packaging and cans. It also showcases some nice citrus along with a more piney taste – very reminiscent of days out on the trails. In fact, the tagline for this beer is “pairs well with Strava”. Most all of us can get behind this! 1% of the profits of Trail beer go to Outdoor Alliance.

Like most 10B beers, both of these can be found at your local taphouse and bottle shop.