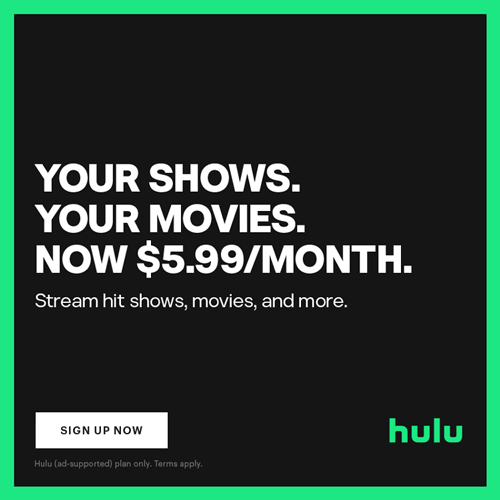 If you are anything like me or Tung, our Obsessed Forty-Something runner and famed master of the treadmill, the best part of running inside is the ability to watch movies or TV series while doing so. I always feel like so will never catch up with all the content that is constantly being pumped out, so if it’s going to be cold, miserable, and dark outside, I can at least kill two birds with one stone by running and watching at the same time. Take this advice from a previous post:

Generally, running on the treadmill seems a little easier physically compared to running outside at the same pace outside on pavement. However, it’s a lot harder mentally. In some kind of nod to Newton’s theory of special relativity, time seems to slow in direct proportion to the duration of the treadmill activity. The temptation to hit “pause” or “stop” can be pretty strong, and it takes a lot more willpower to slog on than if you were outside, because if you run 5 miles out from your home and then you don’t feel like running any more, well, guess what – you’re still 5 miles away from home. You can walk or run back, but you might as well as run, as it’ll take less time. On the treadmill, you can just get off….

The single best aid for treadmill running that I’ve found has been watching TV. In fact, I love the combination of TV and treadmills so much that I have a semi-active personal blog after those two things. I suppose you could include movies within “TV,” but I’ve found that traditional TV works better. That’s in part a personal preference of mine. It’s also due to the fact that movies last longer as a whole than a single episode, but not so compared to an entire season.

An hour-long episode of TV, stripped of commercials, runs about 42-44 minutes. Depending on your pace, that’s anywhere from 4 to 6 miles, or a decent workout. Stack two episodes for a long run. The beauty of the 42-44 minute structure is that, for the right kind of show, there’s a certain rhythm that parallels a running session. Dramatic TV shows tend to be written with 4-6 acts per episode, with each act building to a mini-cliffhanger. These lead into commercials, but for streaming purposes, there are no commercials – this simply gets you to “run just a bit more.” And as you near the end of the planned 45 minute run, the denouement of the episode pushes you to keep going even if you want to stop.

So far so good, but the best TV shows for running will spur you to come back for more the next day. Thus, I recommend serialized dramas. Not only does each act within an episode end in a mini-cliffhanger, but the episode itself typically ends in a cliffhanger.

Here are a few recommendations of my own to start with:

If you haven’t yet signed up for Hulu, this holiday season may be the decision for you. Buying (and mostly despising) a treadmill is an investment – but spending less than $6 to make that chore a little more tolerable is just a smart decision. I recently signed up for the Hulu/Disney+, ESPN+ bundle and these last few weeks have been much more enjoyable than they usually are as a result!

**This post contains affiliate links and Run Oregon will be compensated a small amount if you happen to make a purchase after clicking on links. For more information about FTC disclosure requirements, please see here.