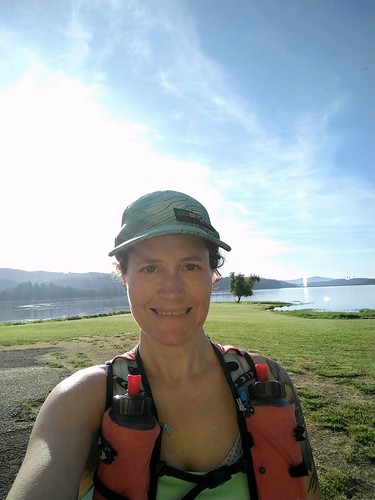 When most Oregon runners hear the words “Hagg Lake” and “run” in the same sentence, they immediately think of the ORRC Hagg Lake Mud Run, which is a very challenging run in February. It’s no wonder that the ORRC Hagg Lake Trail Run in May doesn’t have hundreds of participants based on the experiences they’ve either had or heard about in the mud. However, Henry Hagg Lake is completely different in May than it is in February, which is part of what makes this race one of the best kept trail run secrets in the Portland area.

Before I get ahead of myself talking about the Hagg Lake Trail Run held on May 5th this year, let me mention that if you AREN’T a trail runner, there’s anther option for you too. The ORRC hosts a few different races out at Hagg Lake .. There are two Hagg Lake Mud Runs (the 50k on a Saturday and the 25k on the proceeding Sunday in February) and the Hagg Lake Trail Run, as mentioned already. But in addition to this, there’s the ORRC Hagg Lake Road Race which will offer you the options of a 5k, a 10k, or a 10.5 miler around the lake. This event is held the day before the Trail Run, so that was on May 4th this year.

If you are up the challenge, you can do double-duty with the Hagg runs in May (just as you can with Hagg Mud.) If you complete both the road run and the trail run, you’ll earn yourself a pie and some bragging rights. This year, there were only 13 participants who ran both. As it turns out, I could have earned that pie myself, as I ran 12.5 miles the day before the Trail Run, but it wasn’t out at Hagg, so no pie for me. Judging by my pace lately, I probably didn’t need the pie anyway. 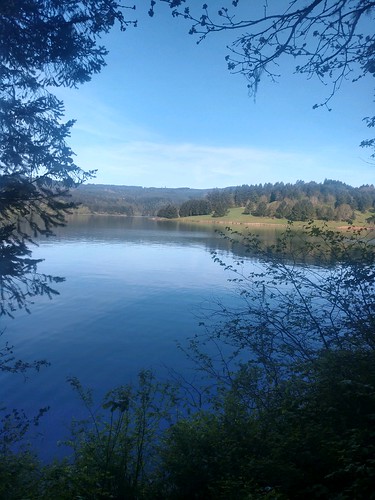 The day of the Trail Race was gorgeous, and there hasn’t been much rain lately, so there wasn’t a huge chance of slipping and sliding around out there around the lake. I did the Hagg Mud event in February, and while I had a great time, I wasn’t eager to relive it quite yet.

I got to the race early and was directed into the lot where there was ample parking. The volunteers handed me my bib, and I was set in about 5 minutes, which gave me time to assess what I would need and what I could leave behind. I had planned to wear arm sleeves for the first part, but it turned out to be unnecessary, as the sun was already bright and shiny.

The race director welcomed us to “Hagg Lake Un-Mud” and gave us a debriefing. We were told that the course had already been run and was about 98% mud-free for our event. There were only 50 pre-registrations this year and it felt like a nice relaxed little group without a lot of of fanfair or crowding. When we were told to “go,”  we took a loop around the parking lot to spread ourselves out a bit before heading out onto the trail, which was dry and bumpy where all the mud from the “pigpen” had turned to packed dirt. We still had to be careful of all the grooves and uneven terrain, but there was no worry of losing shoes.

The course, to say the least, was absolutely gorgeous. Hagg Lake is a beautiful place, from the lush green forest, the landscape of the mountains, or the lake itself, which was always over our right shoulder. There were a few areas of the route that brought us out on the road, which was at times a nice reprieve for our feet, but much warmer than the cool breeziness and shade of the trails. There were two aid stations out on the route, and they were stocked with the sort of things you’d find at a typical ultra, which was a welcome choice for this runner who prefers real food over the more standard race fare. I grabbed potato chips, oranges, and pickles, and also appreciated the cupless aspect that I wish more races would adopt to help with the typical race waste.

I’d like to say it was over before I knew it, but that would be a lie. I had done a 50k the weekend before and the miles from the previous day were wearing on me as well. Luckily, the course was well marked so I didn’t have to take any unnecessary steps, and the volunteers were all awesome. The course had plenty of ups and downs, but nothing too unbearable. All of the spots that had been challenging in the mud months before were now simply packed dirt and not at all hard to manage. 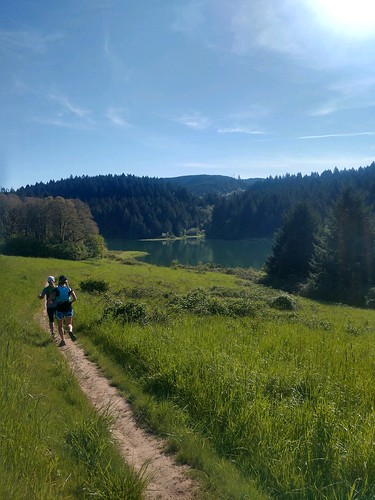 I chose to take it easy and soak in the scenery as much as possible on this gorgeous Spring day. The other thing that propelled me forward was knowing that food and beer were waiting at the finish line, plus a view of the lake I could finally enjoy and appreciate that much more.

I love ORRC races because they not only feed you a full meal post-run, but they hand out swag that’s different than the standard t-shirt, which my closet is full of too many of. When I got to the finish line, I was handed a colorful race buff, which was an awesome finisher’s prize. The food was delicious too .. burgers, hotdogs, mac and cheese, and some other small treats.

One of my friends did the Hagg Lake Mud Run this year and she hated it because it’s a race that can really get in your head. I want her to try the Hagg Lake Trail Run next year and call it her “redemption run.” When I chatted with Mark Barrett, the race director, he mentioned that he hears that story a lot, and that’s why he created this second race. More people need to give this one a try. 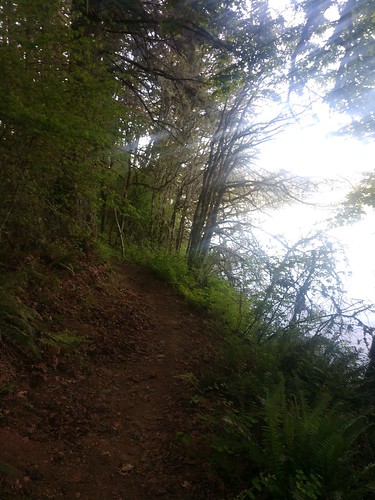 It’s a shame that more people don’t do the Hagg Lake Trail Run because it’s kinda perfect. Beautiful trails, nothing too major in elevation but still adequately challenging, not too far off the beaten path, well organized, and affordable compared to many trail races. I’ll be back again next year and I will be recommending my trail runner friends do the same. 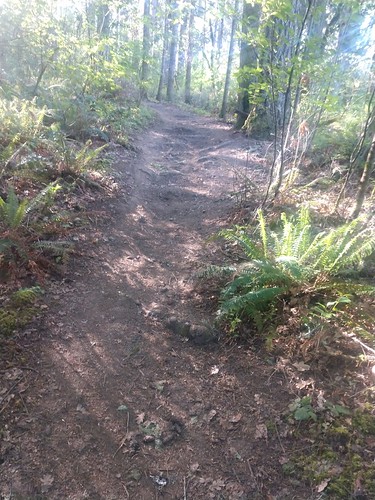