Run Oregon had a few bloggers out for Alpine Running‘s Run The Rock at Smith Rock State Park. Read on for their accounts, then go here for the 2018 results, here for the 50M/50K photos, and here for the half marathon photos!

Bobi Jo: Less than a week has passed and we’re still on our runner’s high over here at Run Oregon from our weekend spent at Smith Rock! It was a full on adventure, with the 50M and 50K races on Saturday and the half marathon on Sunday (plus Veteran’s Day on Monday to celebrate and recover). Central Oregon brought its crisp fall mornings, blue skies, and incredible views that we all know and love – and makes for an unbeatable race day. 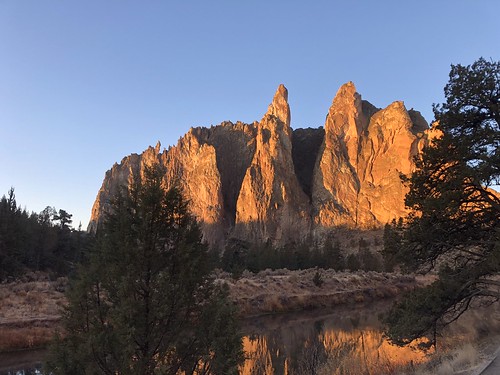 A *balmy* 25° F start line at 7 AM had runners bouncing up and down until the countdown. Racers donning the entire spectrum of attire from hats, gloves, and jackets to the short shorts most of us have long stowed away now that summer’s behind us. Leaving the comfort of the firepits behind us, we took off down the trail, each finding our place in the pack, some long miles ahead.

I live, work, and train in Portland, and have been to Smith Rock a few times, for both racing and casual hiking, but this course really hits the highlights of the entire park in a thoughtful lollipop, run twice to make the 50M (the lucky 50K and half marathoners have the pleasure of ascending Misery Ridge where the 50 milers were spared, however). Down by the river, around the front of Monkey Face, up some grueling yet runnable switchbacks, followed by dreamy singletrack, quick descents, a couple of miles on gravel roads to reset, then beginning again. The views of the snowy Cascades in the distance are incredibly photogenic, if you’re willing to spare the minutes to capture the memories. 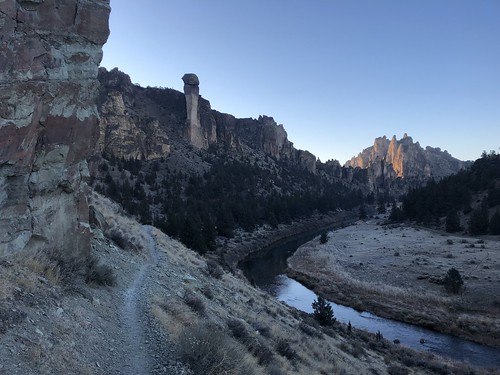 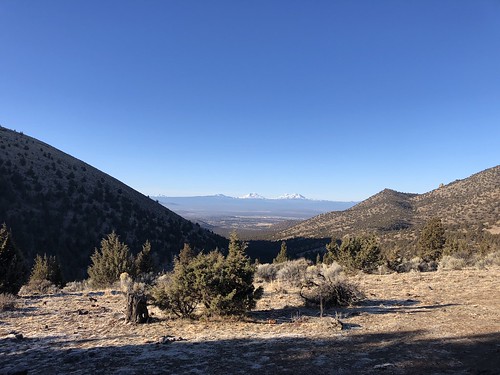 The chilly 25° morning turned into a 45° afternoon and I spent my miles shedding layers, then redressing when the wind picked up or I descended into the sheltered draw. While we didn’t run into any snow, there was definitely frost (note that frost + faded orange cones = invisibility achieved!). The hose for my water froze and I would spend some time crunching up the ice before I could hydrate again. A fellow runner dunked her hose in the warm broth at an early aid station – smart lady!

As usual, the course was incredibly well marked and getting lost would take some effort (though arguably the late arrival of a state park sign caused some confusion in the early minutes of the half marathon) as the orange cones and flags were plentiful. The aid stations were brilliantly stocked with standard ultra fare: Coke, Ginger Ale, electrolyte, gels, candy, PB&Js, pretzels, broth, and my new favorite mid-race snack – quesadillas! I had to mention the lack of Oreos at AS1 to the RD, so hopefully he took my good-natured teasing as a hint for the future!

The photos for this race speak for themselves – this race has huge rewards. With ~7,500 feet of elevation gain in the 50M, it’s an achievable challenge that’s really worth it. As one runner from Alaska exclaimed, “It’s far exceeded my expectations and we’re only a few miles in!”. He’s not wrong. Run the Rock. It’s truly fantastic. 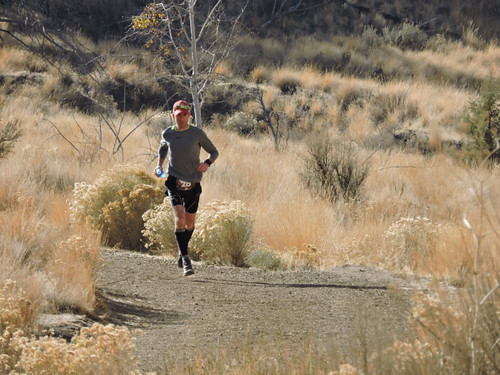 Drew: Earlier this year, I had the pleasure of finishing my first 50K in an Alpine Running event, at the Ochoco 50K. RD’s Trevor and Janessa, both ultra runners, had provided me an amazing backdrop, well organized event, and truly memorable experience for me and every racer out there. When I considered my first 50 miler, I looked at quite a few events but quickly settled on Run The Rock because I knew I could count on the organization, course markings, volunteers and the overall experience. Let me say this clearly: WOW.

As I move forward into the ultra running community and distances, I am quickly discovering that not all events are the same. That should be your “no duh” for the day, but there are distinct differences between well organized and “hoping it all works out” kind of races. When you consider a typical 5K, it is difficult to get lost for a host of reasons. But when it comes to long distance trail races, course markings are imperative. This is where Alpine Running really shines. Run The Rock was clearly marked and stocked with the greatest volunteers, serving great goodies, that made my first 50 miler an event I will not soon forget.

In the end, the elevation was a constant challenge, the coldness of the day never really relented, my fellow competitors were fierce, and 50 miles on this course was a beast. However, above all else, I am thankful for the ability to run such a distance and I am certain that I will participate in more Alpine Running events. 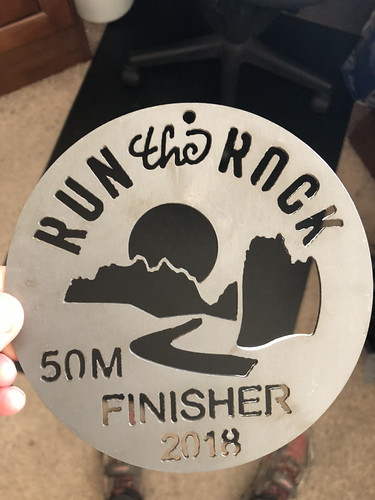 Alpine Running has five great events (including Run the Rock in its 3rd year and the inaugural Wild Outback) lined up for 2019. Our love affair with their races continues and we hope to see you out there!