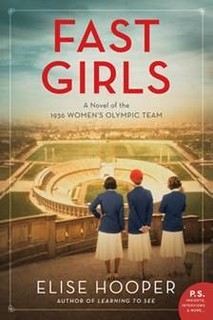 Fast Girls, an amazing new novel by Elise Hooper, is based on the lives of three women from the 1936 U.S. Olympic Track and Field Team. The stories of Helen Stephens, Louise Stokes, and Betty Robinson describe the challenges of being an amateur athlete during a time when women’s sports were given much less support and attention than men’s. (The book also includes runner Tidye Pickett, whose individual story isn’t told, but is another woman worth learning about — the link to more information on Stokes that also introduces Pickett).

Author Elise Hooper says, “When I first read about Betty, Helen, and Louise and how they paved the way for the rest of us, I couldn’t believe I’d never heard of any of these pioneering women.” The stories of these individuals are riveting, and the look back at how women’s athletics fit in an imperfect world dealing with racism, the rise of fascism, and a world-wide economic depression are all still relevant topics today.

Closely following their actual lives, each woman is introduced while still a young girl, so you get a glimpse into their lives: starkly different economic and racial realities, as well as both urban and rural mindsets. The book also deals with a number of stigmatized topics that were definitely not “polite topics” in the 1920s and 30s: racism, abuse, and same-sex relationships.

On a broader scale, the book bridges the growth of the 1920s and the huge hit of the 1929 Wall Street Crash, and introduces the U.S. reaction to German politics in the 1930s. One topic that I have always found fascinating is the reaction of U.S. athletes to information about the discrimination of Jewish people in Germany and the Olympic ideal that athletics is “free from politics” (it’s not). 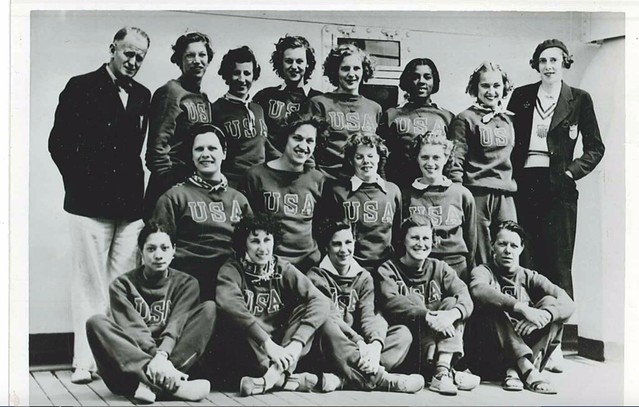 The book also includes interesting details about athletic gear, Olympic sports, and training from the era. For example, cinder tracks required sprinters to use a small trowel to dig a hole, because starting blocks weren’t yet used. (In the linked article about Betty Robinson from above, you can see the trowel sitting on the track when they show the 4x100m start.)

I personally love historical fiction and biographies, so I was enthralled with the story from page 1. As a matter of fact, I read this book in just one day, and then spent time the next day looking up more details about the women in the story. I read a lot of WWII history, and even have a commemorative plate from the 1936 Berlin Games, so I was already familiar with “Hitler’s Olympics.” Even so, there were details in this novel that I had never heard, including the surveillance of the athlete’s village and the disgusting manner in which high-level Nazi officials treated the women athletes.

Fast Women by Elise Hooper is available for pre-order currently from Harper Collins, Indiebound, Barnes & Noble, and Amazon. Links to all these online retailers are found at the author’s website here. This is the Seattle author’s 3rd novel – her other books include The Other Alcott, a look into the lives of the women that inspired the March sisters, and a historical novel about photographer Dorothea Lange titled Learning to See. Hooper has run 3 marathons, including Boston, and has made it to the finals of USTA Nationals for tennis twice.

With local libraries closed for the near future, you can pre-order Fast Girls for $16.99 now and get it as soon as it’s released on July 7, 2020.

If you enjoy historical fiction, biographies, books about running, and history, you can find me on Goodreads: Kelly Barten.