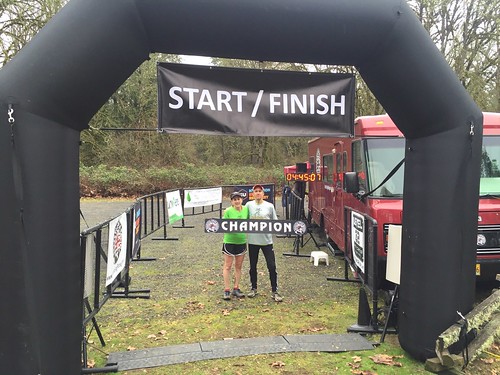 Here we are, at the precipice of another year. These past 12 months have been a blur, of sorts, with many ups, but certainly a few downs. From a running perspective, this has been my best year on many fronts, and one that I am trying to look back on with maximum insight.

Earlier this year, a running friend suggested I “have some hubris”, which made me pause. Until recently, running has been a recreational hobby for which I have sought friendships and physical fitness, while also using it to bring me some much needed mental clarity. Running competitively was something I actually fought. So much so that I regularly told my friends that I just didn’t want to spend the money on scores of races because I wasn’t interested in competing. I loved the camaraderie and the places that running took me. The idea of racing seemed foreign and not worth all the work. With that, I raced in a few events but never really trained effectively and chose to be happy with the results. In 2017, a couple of close friends began to push me to race. Their pleas were friendly enough, but they saw something in me that I chose to ignore, because again, it seemed like way too much work. At the end of that year, I signed up for a small, local race, and with the voices of those friends in my ear, I chose to push myself a little more than I had before. The result was a win, which was something I had never experienced before. And just like that, a fire was lit.

Coming into this year, having pushed myself a little in 2018 to distances I had never dreamed of (my first and then second 50K and my first 50 miler), I had been working with a friend who coached me to build a solid base and lay down some fundamentals. The year started out with a bang, as I traveled to Springfield for my first 50K of the season. In what would be symbolic of nearly my entire season, I led from the start and won. There were new feelings inside me that were very strange. How could this be possible? To be honest, I fought some internal voices that told me I was too old, that I didn’t have the pedigree or history in this sport, and that I must have gotten lucky. I didn’t give myself a lot of time before tackling another 50K just 4 weeks later. This race went the exact same way, with me leading from the start and beating the course record by over an hour. Even with these early season successes, my very first 100K in mid-April loomed large, and I was petrified. 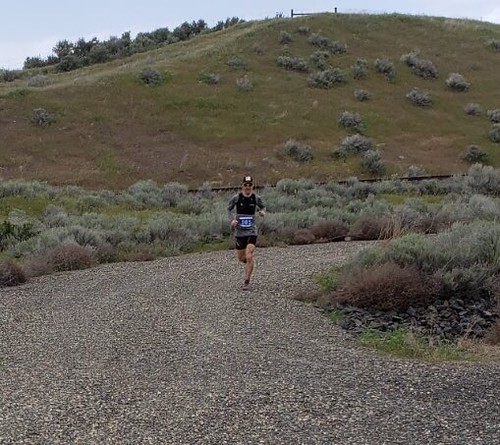 Getting to that race was daunting, mainly because the idea of running 62 miles seemed ridiculous, but I had begun to learn how to mentally prepare, and by the time I lined up for that event, I had no doubts that I would complete it. I went out easy and yet I still led from start to finish, this time breaking the course record by over an hour and a half. Even with some early season successes, I still had some doubts, but that wasn’t what would eventually do me in when I got to my 50 miler in July. It turns out that I developed a bad case of “cocky” and would end up DNFing after 29 miles, due to the simple fact that I was a moron. Poor sleep, lack of hydration, and arrogance led to a disappointing end of my day. But I picked myself up, learned from my mistakes, and swore not to make them again. It was just before this race that I also hired a new coach. More on that later.

Heading into August, I was fortunate enough to be on the same ultra relay team that won the 2018 Elkhorn Relay, setting an ultra team record, and an overall course record to boot. We got pumped up for 2019 and knew there was another fast 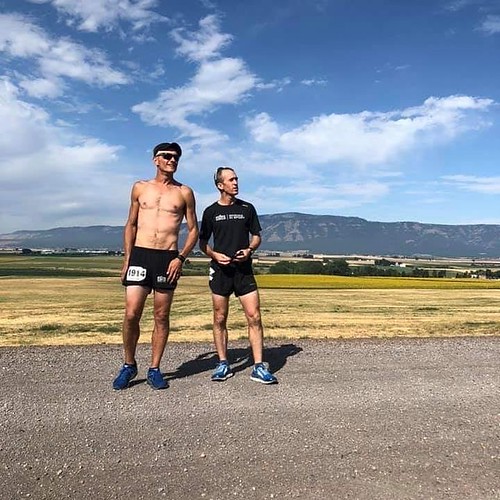 ultra team that would be there. From the start we pushed, and in just a few legs we seemed to be pulling away from the other guys. But just as we thought we might be leaving them in the dust, they suddenly appeared, overtaking us. We pushed on, passing them again, pulling away. And yet, here they came again. Near leg 31 (of 36 legs), we were told we had built nearly a 2 hour lead. We pushed even harder, knowing they had seemed to appear out of nowhere twice before. Sure enough, in just 3 short legs, they were a mere 4 minutes behind. We didn’t understand. How could this be? As we carried on, it became evident they were picking up their runners at times and driving them forward in an effort to catch us. We were blown away that anyone would do that for a race, but we kept at it nonetheless. In the end, the other team was disqualified, we were crowned the victors, and as had appeared to be customary by this point, we shattered our own course record by nearly 3 hours. The experience was the stuff of movies, and we talked about if for weeks after.

My training had taken me to new levels, thanks to the new coach, who bumped up my mileage and elevation gain far beyond anything I had ever done. My highest mileage year before this one was 2018, where I squeaked past 2,100. My highest elevation gain was also last year, in which I managed just under 160,000 feet. Both of those totals seemed gaudy at the time, and I remember hoping I could come close to them again. Halfway through this year, I was on pace for 3,000 miles and 240,000 feet of gain. I still find those numbers staggering, and yet I am fully aware of what 2020 could be. As I contemplated my stats, I also knew that my first 100 miler had become an active part of my conversations with my coach and close friends. And while I did not attempt one this year, I did enter a lottery for one that would have taken place in late September. When I wasn’t selected in the initial lottery, I pulled my name from the hat and chose instead to find a tough 100K for a late season race. Little did I know what lay ahead. 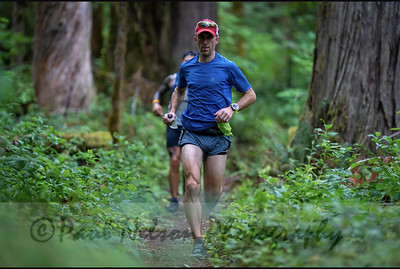 When I signed up for the NUT 100K, a lot of weird things went through my head. It really was less about the distance, because I had already pulled that off once, but more about the elevation gain, which rivals many 100 milers. I did my best to keep my training and my climbing maxed out in an effort to be as ready as possible. Sidebar; I’m not sure I was ready for that. Still, the day came and I was excited for the opportunity to run in an area I had never been, while also hoping for some high quality competition. The day was ideal, and as is now kind of my modus operandi, I led from the start. There were many times late in the race I was certain someone was coming up behind me, and yet, no one came. I would win my second 100K of the 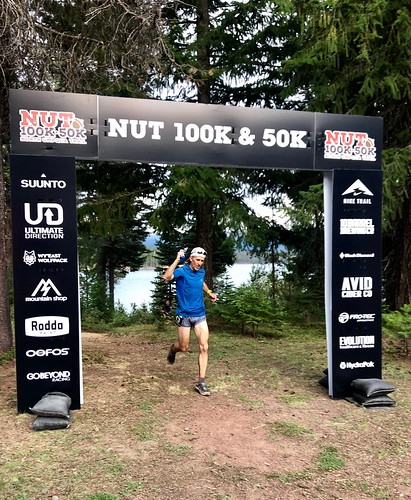 year, along with a sweet new Suunto watch! I still stare in awe at the picture the race organizer took of me finishing. How did I do that? I seem to go back and forth a lot about what I’m truly capable of. And yet, God has given me some cool skills that I am trying hard to use to the best of my abilities.

The first person I called, after finishing, was my wife. Funny thing is, she already knew because there was a live feed on FB of the race and she had seen something pop up. The second person I called was my coach. At this point, it is important to point out that I am working hard to listen to someone who has far more experience in racing ultras than I will probably ever have. I am extraordinarily thankful for my coach, but also for my friends who have helped get me this far. Mostly, I am insanely thankful for my wife, who has transformed my diet and kept me in line to be as present at home as I am on the trail.

This next year is unknown. Each day is a gift. My goal is to face it head on. I have signed up for my first 100 miler, which happens in late March. I have two 50K’s and a 25K on the books as well. Beyond those, I am planning to chase an even bigger dream, by signing up for a race that has National Team implications. The idea of running and racing for my country is almost overwhelming, but I believe it’s worth chasing. Further, I will seek a Western States qualifier at some point this year, believing I can set an age group record for that event.

I’m not going to lie, I’m having fun with this. There are still struggles to overcome, but as the song says, “I just want to live before I die.” Whatever you do this coming year, dream big. Take risks. Push hard. Make some new friends. And show a little hubris…you’ve earned it.