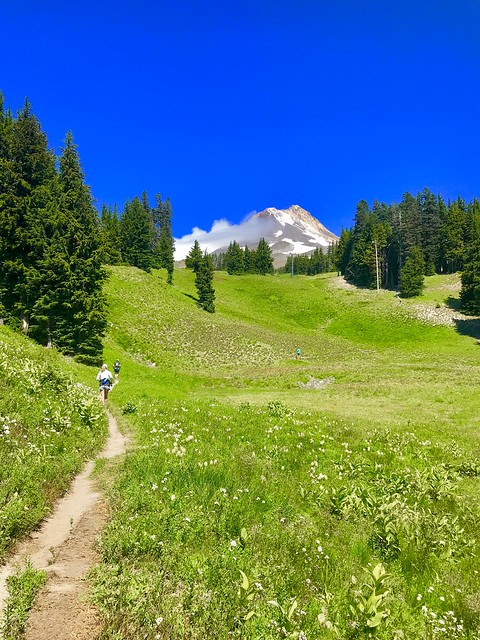 I’m not a trail runner. Every year I aspire to be one – to take to the trails each weekend and put in a bunch of miles to tackle some of Oregon’s best trail panoramas that some great long trail runs and ultras have to offer. But often, reality sets in quickly. As a father of three kids under 10, and a non-blog full-time job, it becomes pretty tough to get away to do these as much as I want. My wife is already a saint to take care of things on the home-front while I race a few weekends a month, but, honestly, the views aren’t worth not being home with them.

That’s why the WyEast Howl adding a half marathon to their event was so exciting. I’ve always wanted to run the trails around Mount Hood, but summers fill up quick and I haven’t been comfortable or marathon or ultra distances up there. But, a half, on a surprisingly-free July Saturday had me making plans to tackle it.

In the week leading up to race day, I notified one of our ultra-bloggers that I was nervous about the event. It wasn’t necessarily about the distance (I’ve completed over 55 halves), but mostly about all the other things going on – from a third half in as many weekends, to a stressful week in my personal life that led to minimal running, to just the sheer unknown about trail running at altitude. She told me to relax, enjoy the views, and take lots of pictures, and enjoy everything that Daybreak Racing does. I am glad I took her advice.

Race morning was quite simple – even the 2+ hour drive from Salem to Mt. Hood was quiet and easy. The day was cloudy coming from the west side, but as soon as I started heading to the opposite side, the clouds dissipated and mild temperatures and blue skies made a welcome appearance. 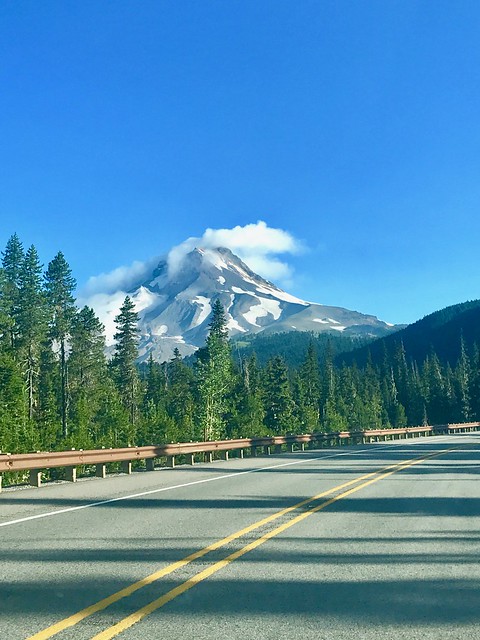 Even with two different races starting Mt. Hood Meadows that morning, it took mere seconds to get my bib. I grabbed some coffee from Dapper & Wise, took a few pictures, and hung out in the main foyer. The energy was already buzzing.

The insanely awesome 100k and 50k runners were already multiple miles into their events – the 100k runners doing an amazing course that started and ended at Mt. Hood Meadows, and the 50k runners doing a point-to-point starting at Surveyor’s Ridge and finishing at the Meadows. Our half marathon course was lollipop in nature and featured a ton of great views in a more limited distance.

As the race started, we quickly started heading up to connect with the Timberline Trail to the altitude pinnacle near mile 1.5. It only took me to mile .75 to start walking – not ideal but still necessary as the trail at that point was awash with dirt and mid-size rocks, not to mention some really steep portions as well. 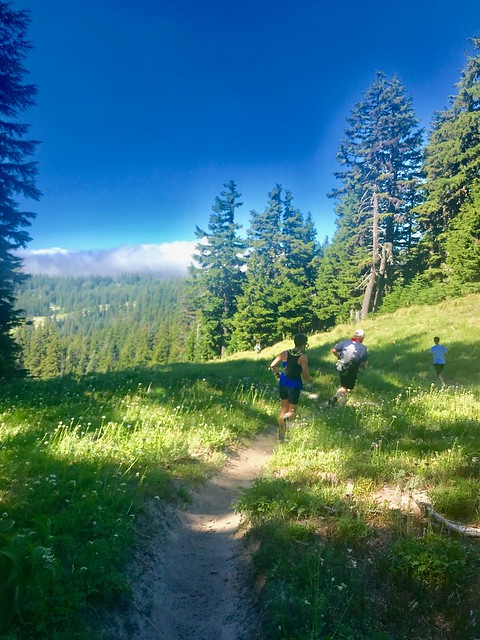 Though there was a another more mild climb just after mile 2, it paled in comparison the starting one and allowed for running. Then it was “smooth” sailing down for the following 3 miles or so with some spectacular vistas, small creek crossings, and scenic meadows. 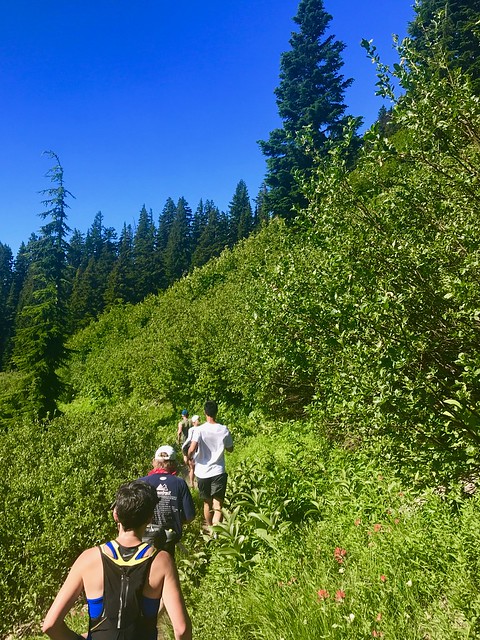 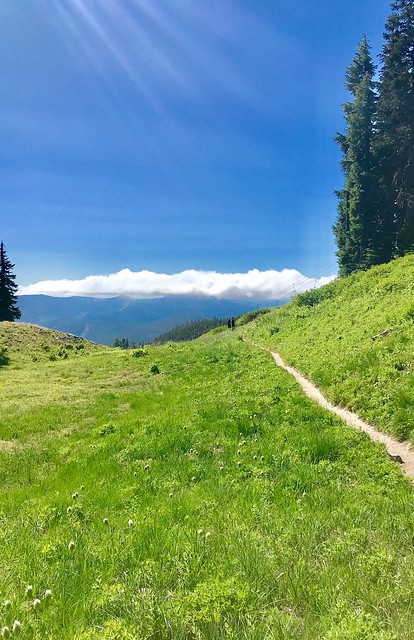 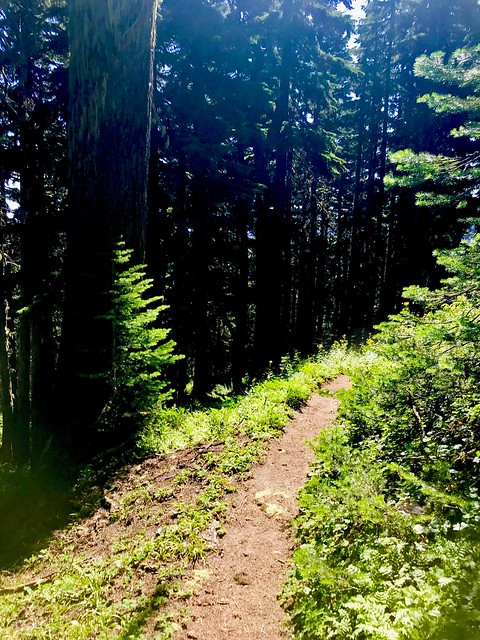 The first aid station (well actually both, since looped course passed by here twice) was at the trailhead for Umbrella Falls and featured some water jugs, a Trailwind jug, and some Gu packets. I quickly refilled my handheld (this was a cupless event) and didn’t dilly-dally too long at the aid station, as I knew that Umbrella falls was not too far ahead. Pictures needed to be taken. 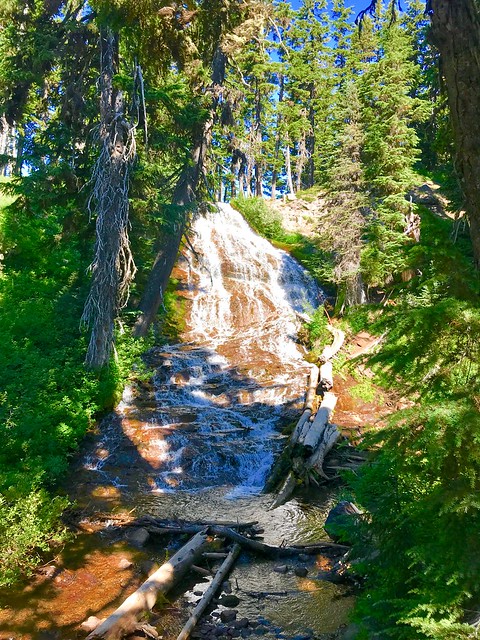 While I was awarded with this beautiful wonder, I knew that it was getting closer to the mid-point of the course and that it wasn’t going to be long before the long jaunt back up to Mt. Hood Meadows was before me. I took a spill around mile 6, but luckily did a pretty good roll which left me with some mild scrapes on all 4 of my extremities, but nothing significant and no time lost.

Then we started upwards again – and fast. The incline was significant and I’m pretty sure I walked 75% of the time to the aid station. This allowed for more picture taking. 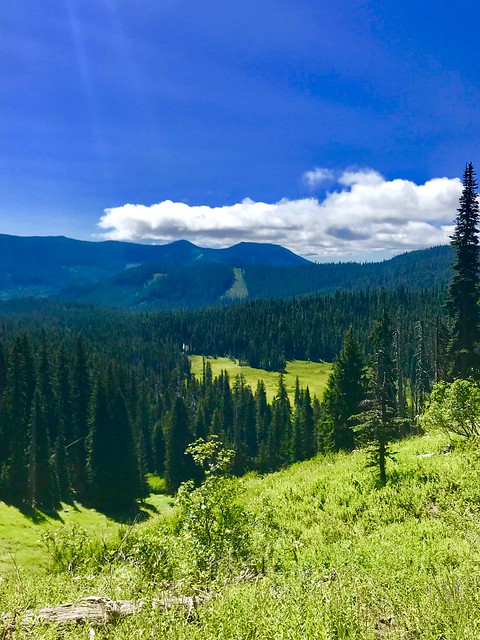 The aid station back at Umbrella Falls was a welcome sight and seemed to be a nice break in the middle of the climb. Even with additional hydration and a bit of rest, the next few miles were again filled with a lot more walking. As I reached the pinnacle again (there was a total 2650 feet of gain (and loss) over the course) I was pretty spent. My legs were tired, and my feet and toes were quite sore. It was warm (but still pleasant) and sweat was covering all of me.

The final push to the finish was still tough and me and downhills don’t generally agree when my knees are tired. I was slower than I wanted to be, but couldn’t help but slow and get passed once. I still appreciated the final mile as the decline allowed me to maintain some much needed momentum. When I crossed the finish line, I felt both accomplished and humbled at the same time. And ready to sit down. 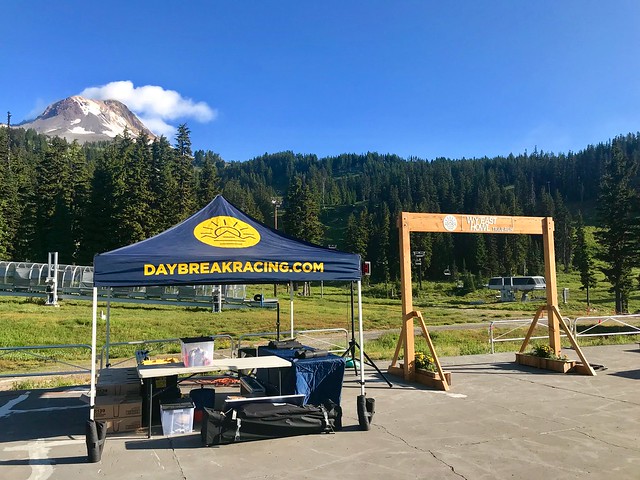 After the race, I didn’t have a ton of time to stick around (my wife had a wedding in Newport she needed to head to), but I did enjoy the post-race spread ($10 to spend at the lodge food stand – I got some great Pork Carnitas Nachos), Happy Mountain Kombucha and live music. I’m not a “medal-head” but I did really like the wooden medal. I also ended up winning a pair of Wigwam socks in a raffle. 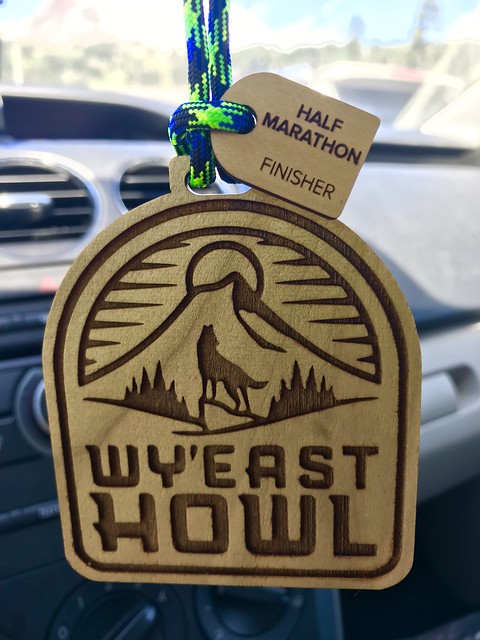 Daybreak Racing puts on a great race (check out their upcoming events here).