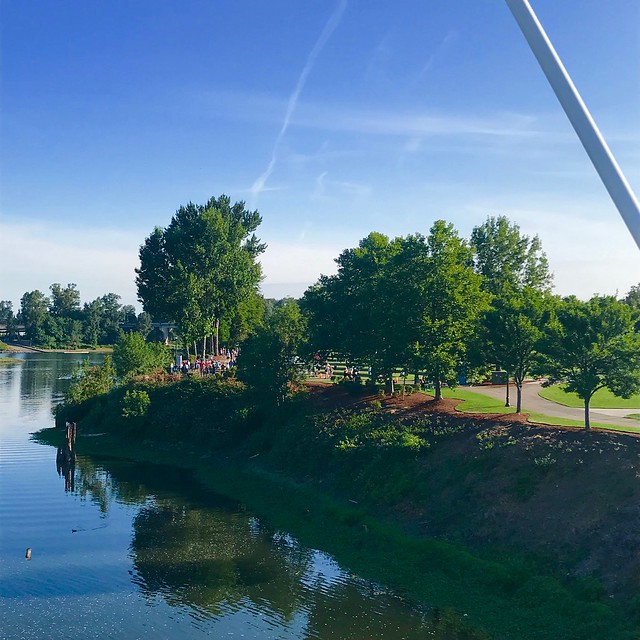 Last year, my oldest daughter and I started a new Independence Day tradition – the Stars & Stripes 5k in downtown Salem. This event also has a 10k and Military 5k, and is held in conjunction with the newly renovated Cherryfest NW – a 4-day extravaganza with carnival rides, food and beer, country music headliners, and even a cornhole tournament! But kicking off the summer holiday with 3.1 miles of running is always a good day.

I was surprised by the turnout to the inaugural event last year and was happy to see that there were a lot of runners out at Riverfront Park this year as well. Many of us, my daughter and I included, were decked out in the stars and stripes socks that came with our entry. While I love race shirts, I have quite a bit so am always thrilled to have something different as part of the package. 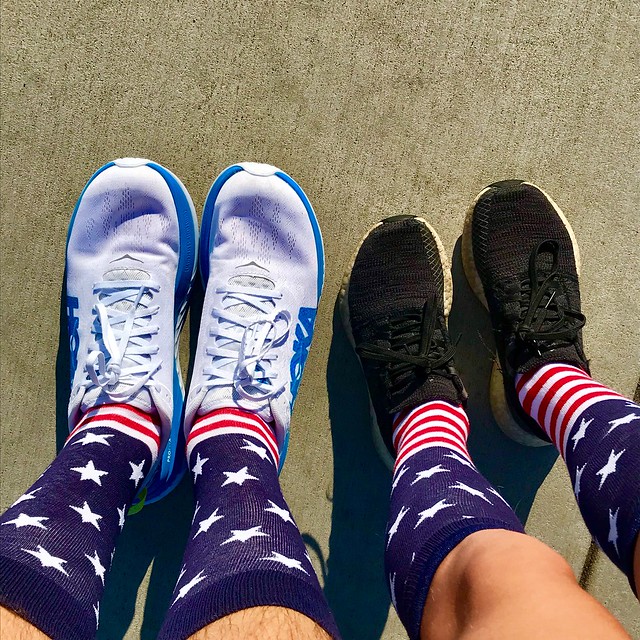 The course is simple and straightforward and follows a route that many Salem-familiar runners are used to. Leaving from near the amphitheater (which was approved for a major renovation soon – and will be awesome), runners run on some paths and sidewalks that run parallel to the Willamette River. I may not choose to swim in the river that often, but the views along this portion and really quite beautiful. We then passed over the Union Street Pedestrian Bridge and headed into Wallace Marine Park in West Salem for a long loop around their trails and roads. We then crossed back over the bridge and made our final stretch to the finish line. 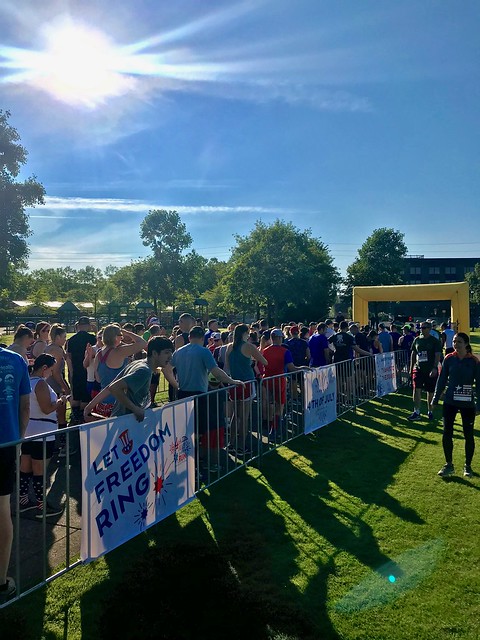 After the race my daughter and I donned our sweet new medals and we talked about the run and about our holiday plans as I sipped on a free cider. I’m generally a beer man, but even I struggle with dipping my toes into those waters at 9am. A cider felt…more appropriate somehow. There was also some live music going on, yoga, and a ton of games and contests like hula hoop, limbo, and a water balloon toss. We didn’t stick around for too long, but we were thrilled that our entry came with a free ticket to CherryFest for the entire holiday weekend – so we will be back and enjoying more soon! 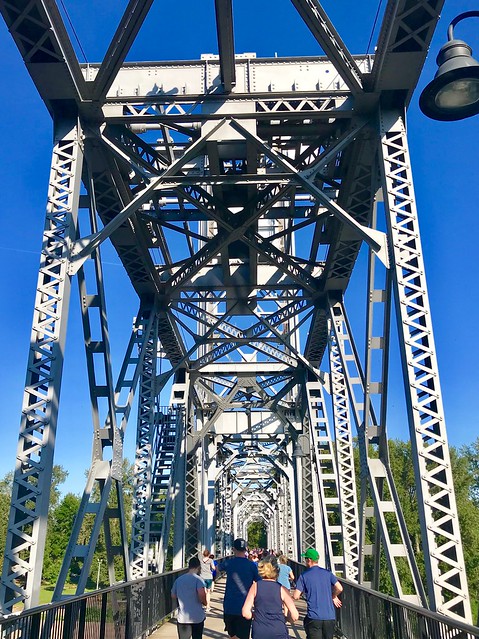 And there is still time for you to come down to CherryFest as well, as the fun (sans the race) continues through tomorrow, July 7th! 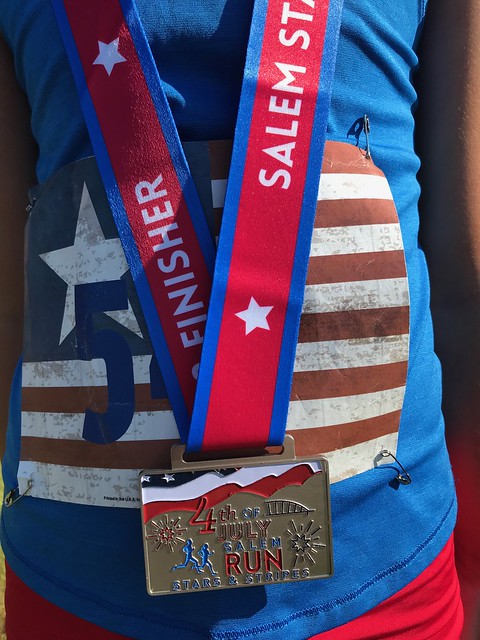