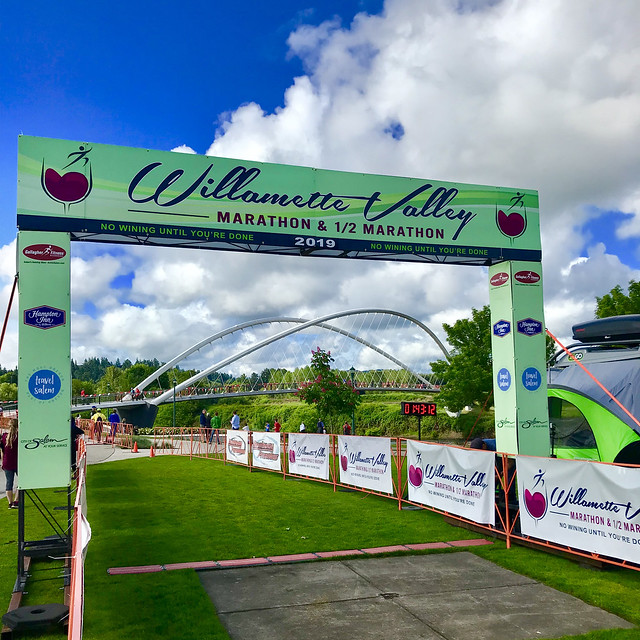 The time was about 930pm on the day before race day of the 2nd annual Willamette Valley Half Marathon. I was out with my wife at our third spot for drinks on a long-overdue date night when a clouded mind asked her, “what would you say about me running a half marathon tomorrow?” And thus, my 56th half marathon was off and running.

This event is obviously new-ish to the Salem area, but in just two short years it has really become a favorite of mine. Salem is late to the party when it comes to closing down city streets for races  (and perhaps, nowadays, ahead of the game), but this race really does a fantastic way to showcase the best parts of my current hometown. The pre-race kicks off right in the shadow of the state capitol building and provides a wonderful backdrop to warm-up in. There is a ridiculous amount of space to stretch out, get some running in, or just relax. 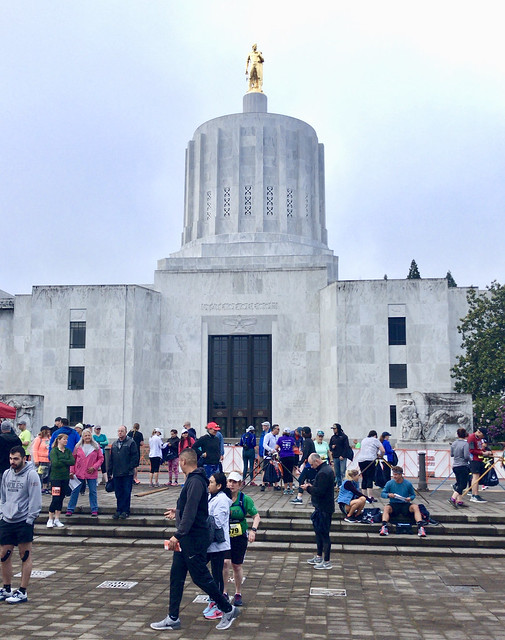 This year there were a few changes, and all for the better I think:

The race starts by heading through the streets of downtown Salem – a really underrated location when people think about downtowns. There is a nice marriage between old historic buildings and a wave of renovated and new locations as well. Salem is really not as lame as it once purported to be. WIthin minutes, we briefly entered Riverfront Park and trekked over the Union Street Pedestrian Bridge into Wallace Marine Park. 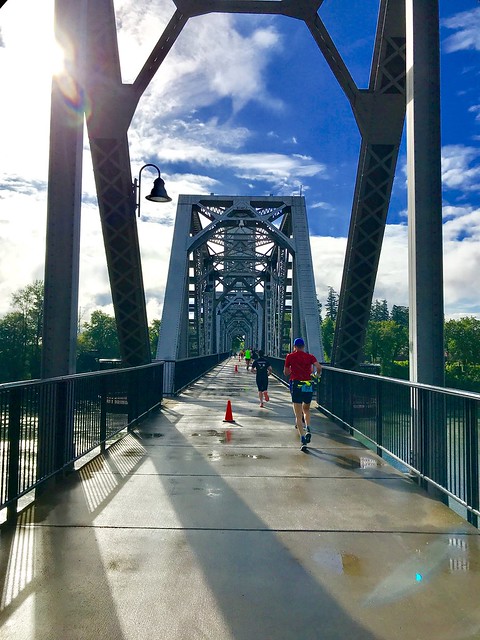 That was followed by a quick loop around the park on paved trails under bridges and past the Willamette River. 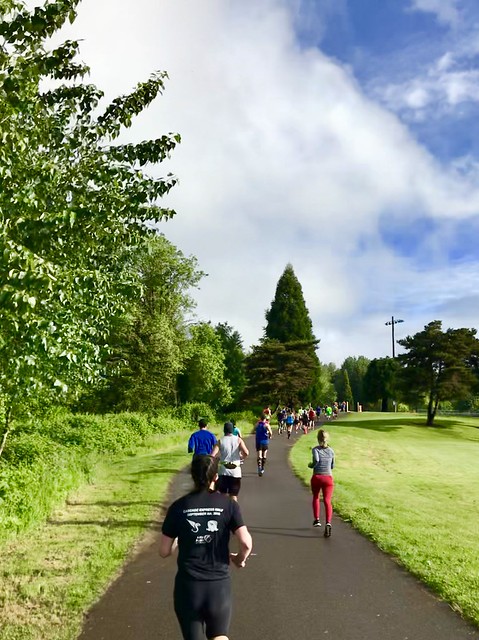 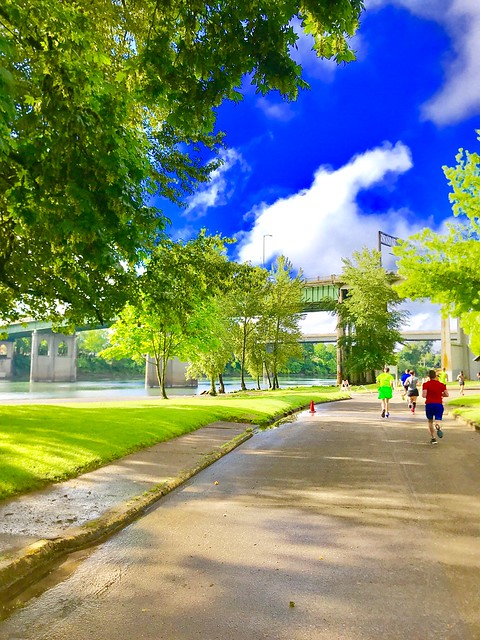 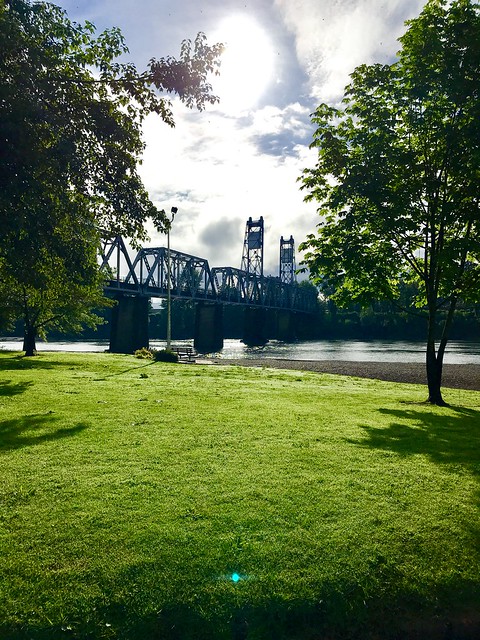 Following the loop, we headed back to, and re-crossed, the bridge into Riverfront Park before another bridge cross into Minto Brown Park. I’ll be honest, I have ran essentially the entire course dozens upon dozens of times during my lunch work runs. But, having it tied to an actual race gave it a little more flair and excitement that I couldn’t help but take pictures. 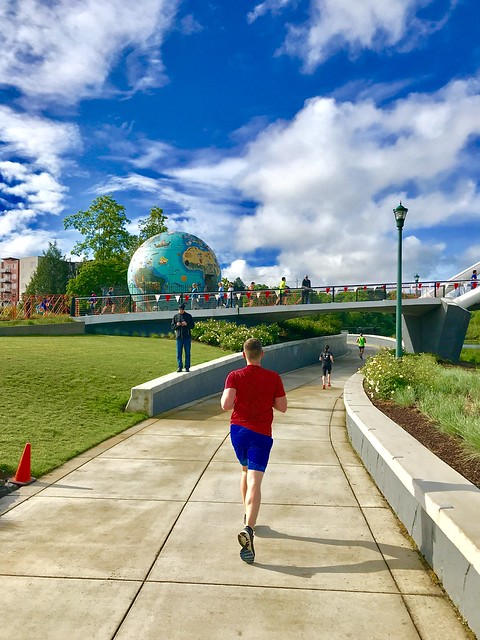 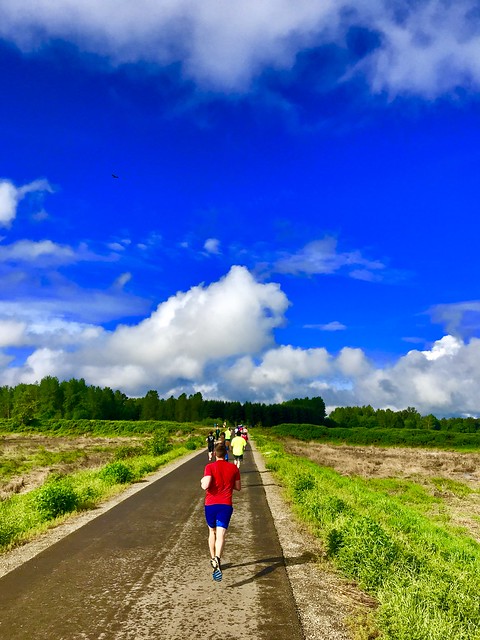 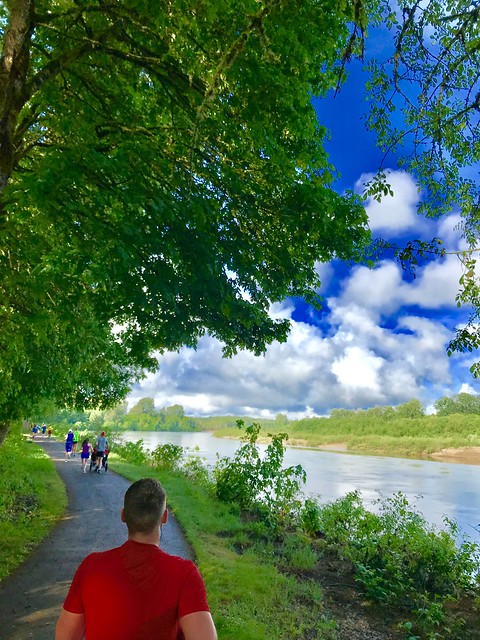 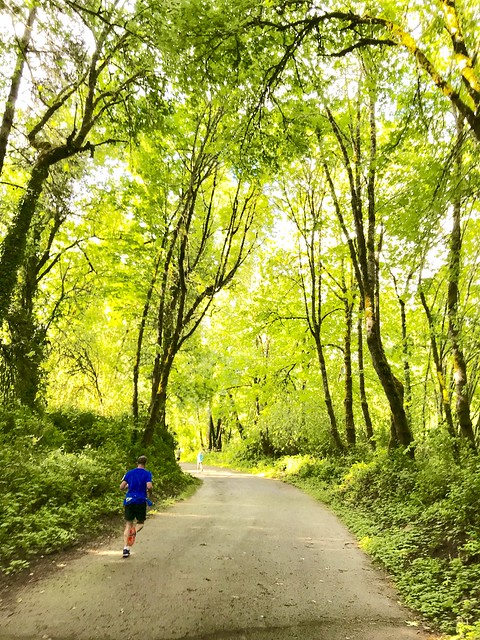 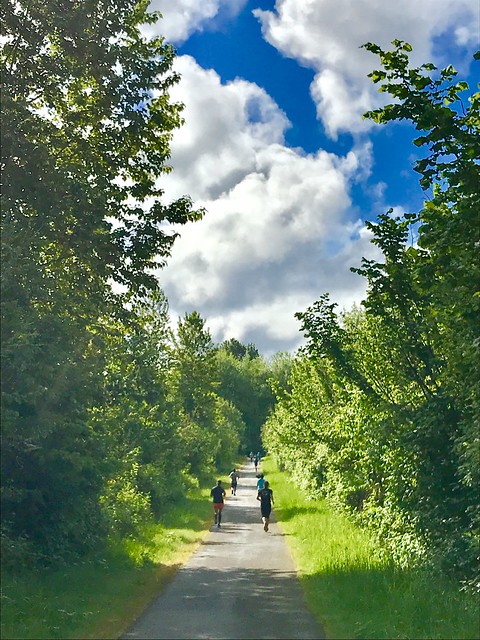 The rest of the course stayed within the confines of Minto Brown Park before heading back to Riverfront Park and a beautiful finish just past the bridge. I really don’t have much bad to say about this race. I don’t think I saw any race mile numbers on the course (or I just totally spaced them all) and my Strava, along with many others it appears,measured in at under 13 miles. I know there were a lot of tree canopies and such, so I don’t know how much of the discrepancy was a result of technology, but otherwise this race was an absolute hit in my book.

Afterwards, there was a great post-race meal, live music at the amphitheater, tons of room to relax, and even a wine tasting event with a bunch of great Salem-area wineries. It was the perfect cap to a great race. Shoot, anytime you can drink wine at 10am and not feel bad about it is a good day!

If you haven’t ran this race, definitely mark it down on your calendars for 2020!