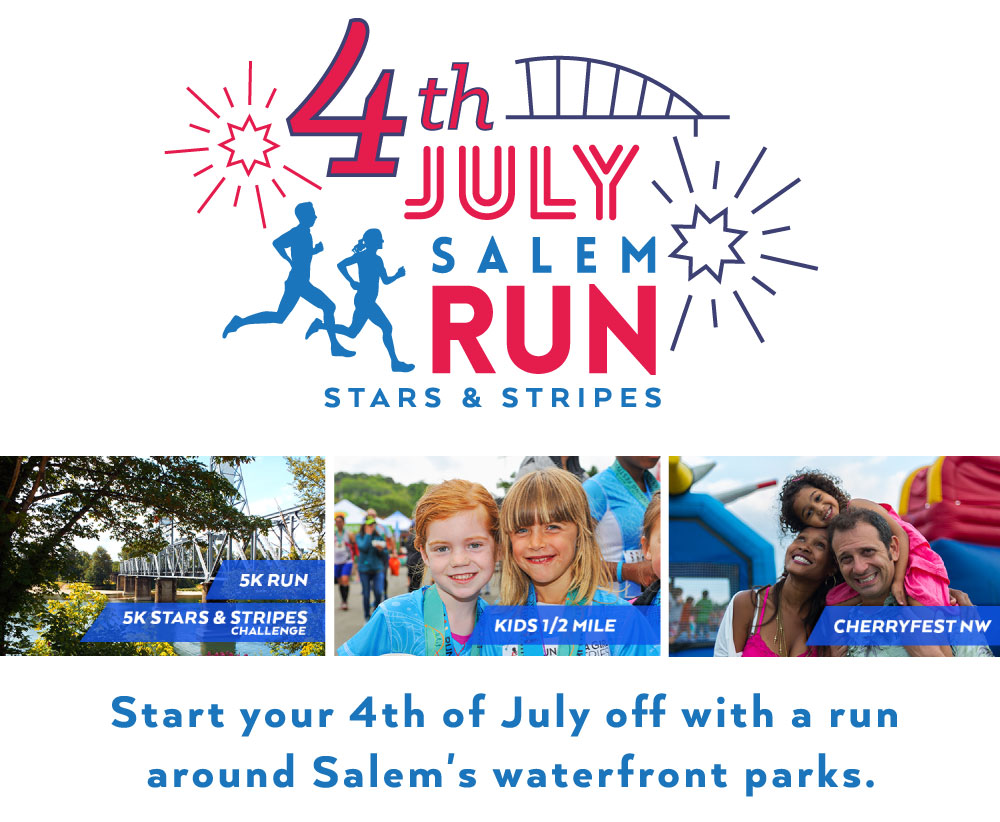 With the amount that Salem has grown and modified its image over the past few years, I am happy to see another change for the better. Some people may remember the Bite and Brew of Salem. It was a fine event, but it always felt like it was trying to be like the Portland Bite event (which I think is now on hiatus!?) going so far as to essentially share a name. It never really felt like it was “our event”. Well now that event has changed event managers, dates, AND the name of the event itself – Cherryfest NW – as well as continued with the 5k tradition.

The Salem Stars and Stripes 4th of July Run will start and finish at the Riverfront Amphitheater, head over the Union Street Bridge, and loop around Wallace Marine Park in West Salem before returning.  There are actually two options, both 5k in length, with one being a standard race and the other – the 5k Challenge – adding 3 military Style challenge stations along course. The Oregon National Guard will be assisting at each station and runners will need to complete the challenge at each of the three stops before continuing their run.

Race entry fees will include free tickets to Cherryfest NW (good for any day Wednesday-Sunday) and a score you a free beer or cider as well. And check out this shirt!

Also, definitely stick around and make a day of it. There are a lot of really cool updates to this event, with a hugely diverse live entertainment lineup throughout the event and hinting at a cornhole tournament… Even if you can’t make it down for the race, the event is going to be going through Sunday, so come down and say hi!