I admit I signed up for the Hosford Husky Hustle based mostly on the uniquely artistic course that took advantage of the geometry of the Ladd’s Addition neighborhood to take runners on a pendant shaped route. But it was also a school fundraiser, and those are always fun. And, OK, the abundant raffle prizes donated by local businesses didn’t hurt either!

I completed the four “spokes” and began the return trip to the school. A few blocks from the finish I came to a woman and her tiny daughter, who reached out her hand for a high five. I think it was the youngest high five I’ve ever received, and it got me through the rest of the race with a smile on my face.

I crossed under the finish arch, got some snacks and water, and cheered on the kids, who finished with lots of speed and enthusiasm. Soon it was time for the announcement of the top three middle school boys and girls (who laid down some impressive times!) and the raffle drawings. To my slight embarrassment, I came away with two raffle prizes, but then I did buy 10 tickets (it was for a good cause after all).

The Hosford Husky Hustle was a great example of a well-organized and fun community run.

Shirts are sold separately for $15. Each runner will receive a raffle ticket and more can be purchased for a $1 each for a chance to win a TON of awesome prizes including tickets to local attractions, Grand Central Bakery bread and more! 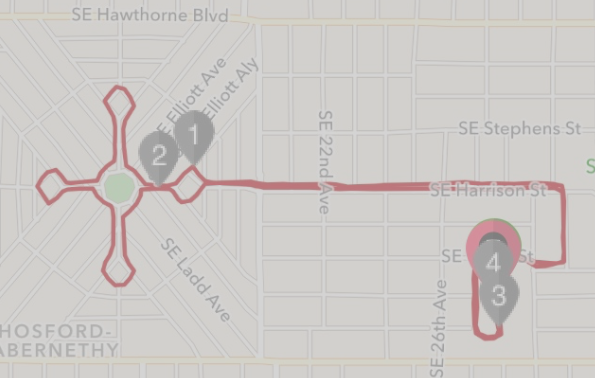