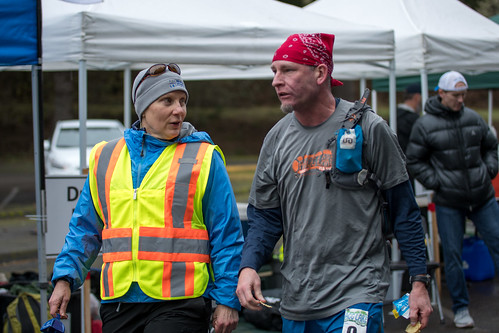 In a few short weeks, runners will once again be making the trip around the shores of Hagg Lake during the 17th annual Hagg Mud Runs – 50k and 25k trail runs put on since 2002 by the Oregon Road Runners Club. Founded by Scott Diamond, Randy Christian and Rick Klocke, the Hagg Mud race is one of the oldest ultras in the state. The three inaugural race directors hoped  for 30 to 40 runners that very first year, and ended up with 62 in the 50k, including ultrarunning legends Karl Meltzer and Jeff Browning (who coincidentally won last year’s 50k). Since then, Hagg Mud has had many great race directors, including Run Oregon’s own Kelly Barten. Two years ago, Karen Peterson took over the duties of race directing, and then last year, Laurie Westenberg and I jumped in to help.

Because Hagg Mud is an ORRC race, we are not paid for our time. All of the race directors for ORRC races are volunteer; we dedicate ourselves to these events because we believe in them. Hagg Mud is a classic Oregon event; many of us first found our trail legs on its muddy miles, and we want to continue the tradition of introducing would be trail runners to the delights of the ultrarunning experience. Hagg Mud was my first trail race way back in 2009, and I was hooked after making my way around its slippery hills and valleys. Part of my personal mission as a co-race director is to make the race as inviting and fun to the first timer as it is to the ten year veteran.

I had a good idea of what would be expected of me as a race director going in. I’ve helped out a few race directors over the years with new and established events. With Hagg Mud, though, I expected that my role would be cut and dried. After all, Hagg Mud has been around for years. The checklist of what needs to be done before race day is well established; it is a well oiled machine that had the kinks knocked out many years ago.

So how wonderful it has been to realize that I am part of a team that not only wants to keep the race going but to also improve it from year to year. You might think that a race in its second decade would have little room for innovation, but it has been a thrill to realize that there are always new ways to do things. Here are some of the things we are working on for 2018. 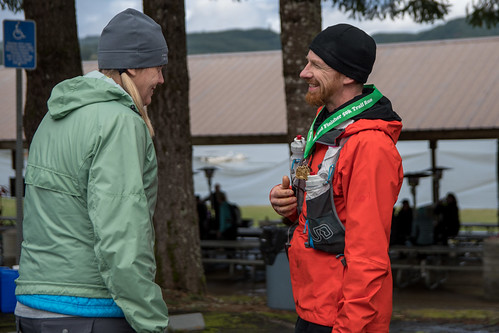 Preserving tradition while keeping up with the times presents an interesting challenge to us as race directors. One of the things we love about Hagg Mud is that it is an old school race. We have runners who have earned five year buckles and ten year parking spots. We have runners who have earned engraved growlers for doing the double (both races – the 50k on Saturday and the 25k on Sunday) five times. We are actively finding ways to celebrate the traditions that have built the ultra community, celebrating our history while working on our future. We love the old school vibe of Hagg Mud, and we will continue to cultivate it for the years to come.

But there is also the urge to shake things up within us too. One of the things we realized is that every race that we had ever been a part of out at Hagg Lake had run around the lake counterclockwise, including every single loop of Hagg Mud going back the the very first year. What if we ran the 25k course clockwise, we wondered? What would it be like then? We sought the permission from Washington County Parks, and they granted it, so for the first time, the 25k will run in the opposite direction, putting the Pigpen in the first two miles and making the runners go up the Slip n’ Slide. Tradition is great, but so is shaking it up!

We are also challenging ourselves to keep up with where the race industry is going. We are working on our social media and our digital presence, connecting with our community and keeping up with the technology. One of our biggest pushes this year is to work towards becoming a zero-waste event. We are working with a terrific consultant (who is also an ultrarunner and volunteer) who is helping us rethink every aspect of our planning – from the delivery of our socks to how we’ll warm up runners post race – so that we can have as small an ecological footprint as possible. We are all committed to being environmentally aware as race directors, and we are excited to see just how far we can take this race in terms of sustainability.

So that is a little peak at what we’ve been up to behind the scenes at Hagg Mud. Registration is still open (http://ultrasignup.com/register.aspx?did=49235). We offer a 50k on Saturday and a 25k on Sunday, or if you are feeling really ambitious, you can run the double; that’s right, both races! You’ll get a special growler of beer, cider or rootbeer for completing the task (do this five years, and you receive a special engraved growler). We have well stocked aid stations, fantastic volunteers, hot soup and beer at the finish, and sweet race swag, including a finishers beanie and socks. You’ll be part of a seventeen year tradition of mud and miles out at Hagg Lake, and we would love to have you be a part of it all. 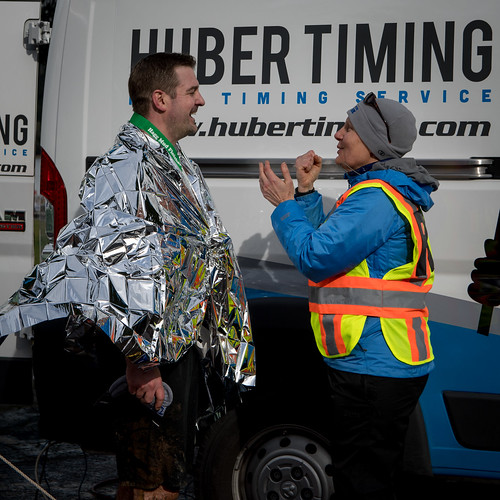