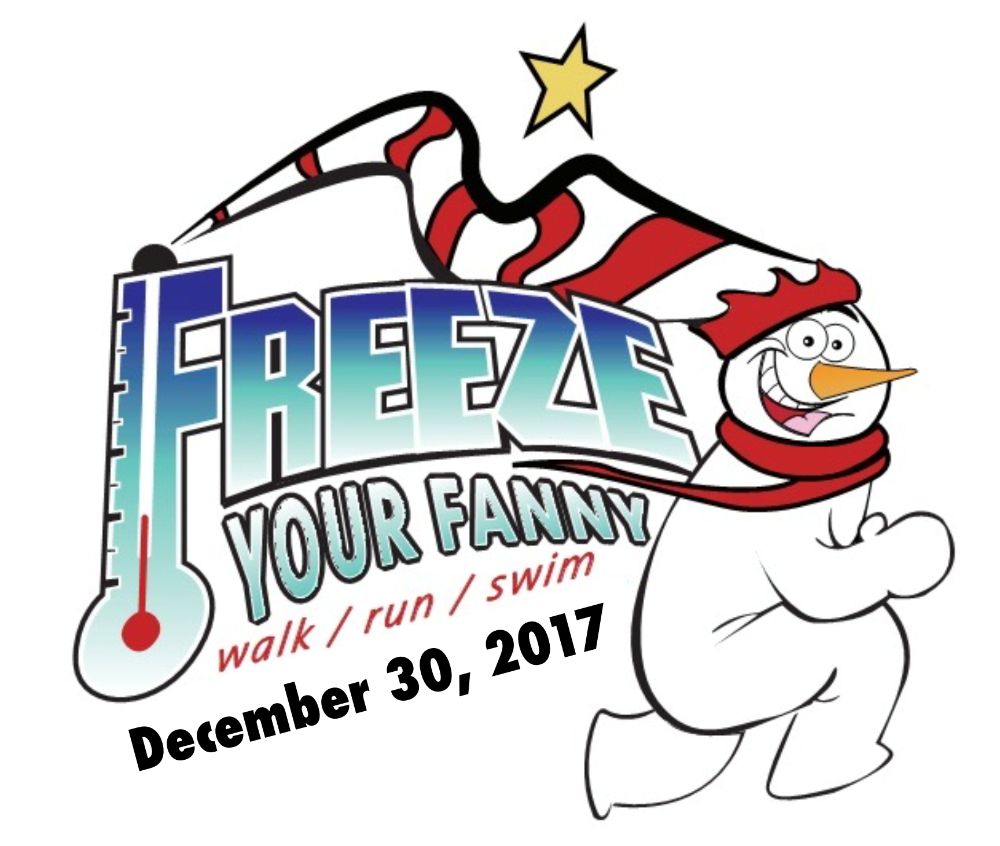 Unless you live in Southern California, or perhaps New Mexico, racing in the winter can be a real challenge, especially when the snow and ice hit. Out in Central Oregon, most locals talk about last winter like it was an apocalyptic event, referring to the level of snow with angry outbursts and threats, as if life ended for 3 months. So far, this winter has been a dud compared to last, with little to no snowfall and temps that have allowed for some amazing running and racing, including this past Saturday in Madras. 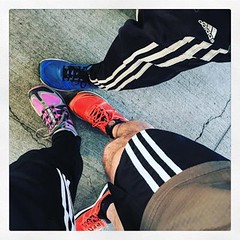 The whole family ready to go!

MountainStar, a “Family Relief Nursery, whose mission it is to prevent child abuse and neglect through community support and therapeutic services that help vulnerable children and families succeed”, organized the 8th annual Freeze Your Fanny fun run. With temperatures in the upper 30’s at race time and sunshine in the sky, there was very little fanny freezing. Starting and ending at the Madras Aquatic Center, runners left the parking lot and immediately faced their first uphill. For those running the 5K, the course travelled up, then down, then up and then down again, before a little uphill to the finish. However, for those running the 8 mile race (known as the prison break out), the course featured 3 tough climbs on the way out, followed by 3 tough climbs on the way back. A third race option was the duathlon, which featured a 500 meter swim following the 5K course. 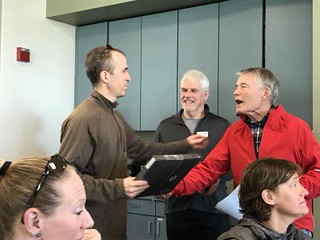 This being my first time running this race, I went in with the mindset of owning the uphills and pushing the downhills. For my efforts I walked away with first place in the 8 mile race while my son took first in the duathlon and my wife was the 3rd female finisher in the 5K. And while winning was a nice perk to a beautiful day in the high desert, it was far nicer to meet several key members of MountainStar and to learn about their hearts for the kids and families they help. Kevin Doner (Development Coordinator) shared with me how this event is a great fundraiser for their programs, which also saw contributions from Les Scwhab and others. The turnout for the event neared 70 participants, all of whom were smiling as they enjoyed chili following the races.

This event is certainly family friendly and featured well organized races, well marked courses and an atmosphere of fun, which was definitely had by this family. Consider checking this out next December!