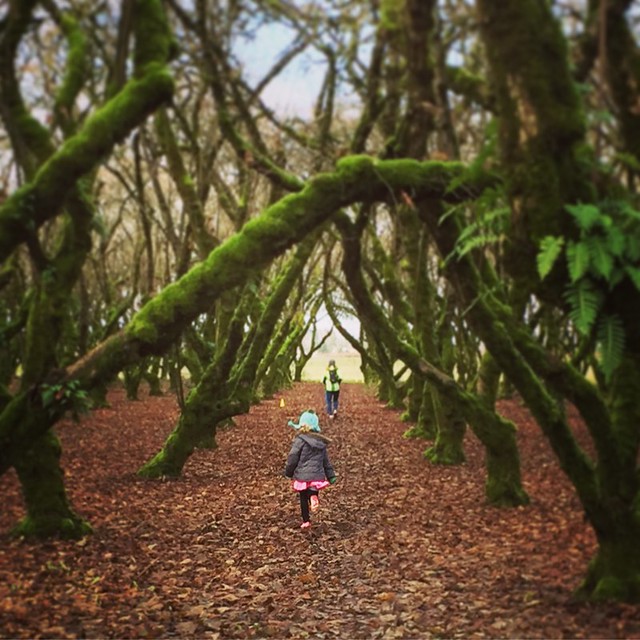 My daughter at the Hangover Run

My race calendar in 2017 was much thinner than in any of the previous five years. I had my third child in October 2016, and with two other kids under the age of eight at home, I just didn’t find as much time on the weekends to steal away for races. That being said, I raced in 13 total races, and each of them were pretty dang memorable.Cottage Grove Half

I started the year off with the New Year’s Day Hangover Run, by Run Wild Adventures. This race is pretty much a staple on my calendar for January 1, but it was made extra special that my brother was in town. He did not run the 5K or the 3K with me, my wife, and my five-year-old, but he did find enough courage to sucker me into the beer mile. He had never done a running race of any kind before, but ended up lapping me as I puked multiple times along the way. We still reminisce about that race 12 months later.

I did not race in February, but in March I went back to back weekends starting with the Cottage Grove Half. This is a newer race that I had been interested in doing since it’s inception, and was thrilled to participate. I ended up staying in an Airbnb in Eugene the night before that was pretty sketchy and though I laugh about it now, it wasn’t super reassuring at the time. That being said, this point-to-point downhill race is an absolute treasure and one that I would recommend getting to this year (stay tuned to Run Oregon for details on the 2018 event). 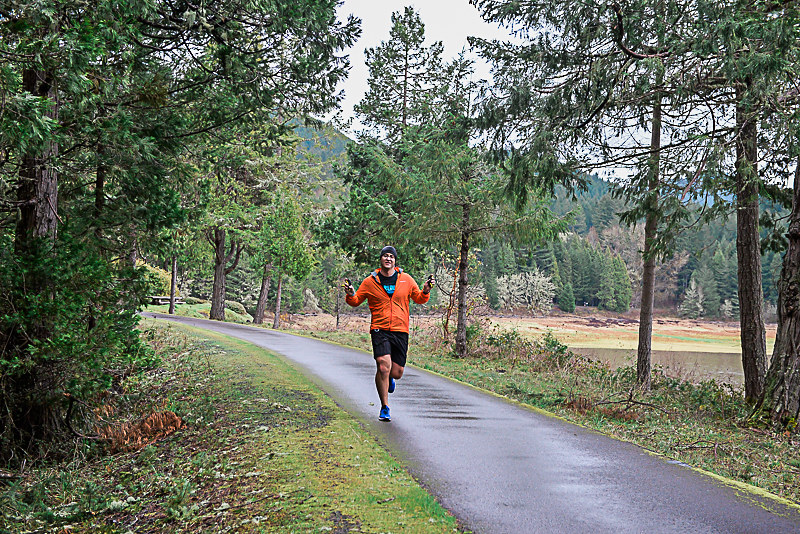 On March 18, I completed my first ever triple race day. There were two races in Salem, the Salem Cherry Blossom 5K and Salem Paddy Pint 5K. The former race began at the State Capitol at 8 AM, and the latter at 9 AM at Riverfront Park – which are only about a half mile between them. I was able to make both (barely), before heading down to Corvallis for the Run to Get Lucky 15k. I was pretty exhausted by the end of things, but it was a day I won’t forget.

In April, my family and I headed to Bend and stayed at the Pronghorn Resort before participating in my second Bend Half Marathon. This is one race that is awesome to run each year, as I love Central Oregon and the new course was pretty awesome. I followed that up with back to back months (April & May) running at Willamette Mission State Park for Run Wild Adventures’ Willamette Mission Trail Challenge and the Memorial Day Half by Run With Paula.

On my June 3rd birthday, I was part of the Run Oregon team at the inaugural Hood to Coast Washington. This 70+ mile relay was a super awesome time for bonding, complete with a great team and a pretty awesome finish. It was toasty during the day, but we were thrilled to be a part of this first year event.

In July, I headed back to Central Oregon to compete in the first ever Under Armour Mountain Running Series at Mount Bachelor. This was such a challenging race – probably the toughest half I have ever done – and it was super rewarding to finish. The day was absolutely beautiful and the views were second to none. I hope this continues to be a staple in Central Oregon. 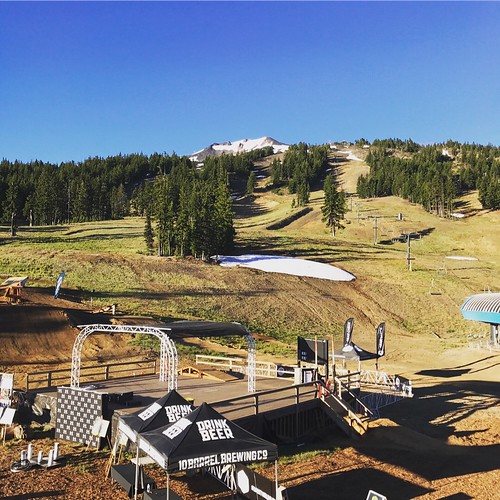 I did not race in August, but participated in Salem’s first multi-sport relay in September. The Salem River2Ridge is a watercraft/bike/run relay that started in Riverfront Park and the Willamette River in downtown Salem and finished at Silver Creek Falls in Silverton. I ran this with my father-in-law and brother-in-law, and it will be a memory we won’t soon forget. This race is put on by Breakaway Promotions, which puts on a variety of races, including the always popular Columbia Gorge Half. 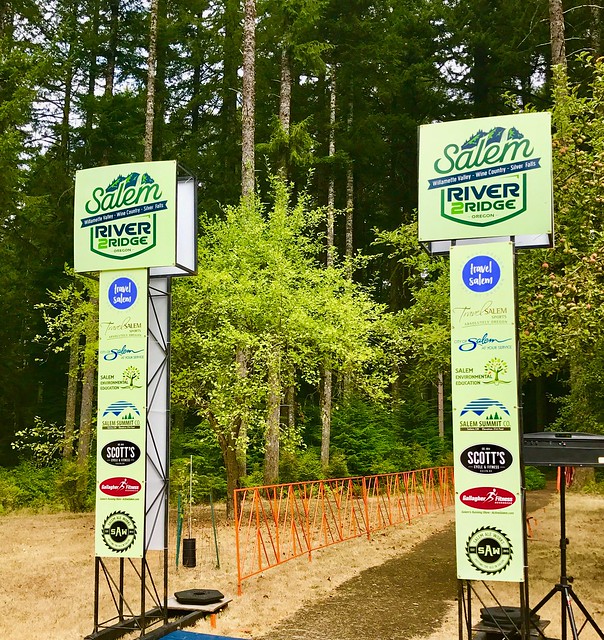 In October, my wife and I participated in the Miller Woods Give a Little 10K in the hills outside McMinnville. This was a new race as well, in an area not that far from civilization, but seemed to be in the middle of nowhere. It was an absolutely incredible day for racing, and my wife and I were thrilled to be able to experience a race together.

Rounding out the year was the Backcountry Wilderness Half Marathon in Colorado. You can read my review here, but essentially I surprised my brother and sister-in-law by traveling to the Rocky Mountains to surprise them on their first ever half marathon. My brother and I started the year running together, before he had any desire to do so, and we ended up finishing together when he had lost dozens of pounds and was an official half marathon finisher. It was the perfect combination to finish out the year of racing. 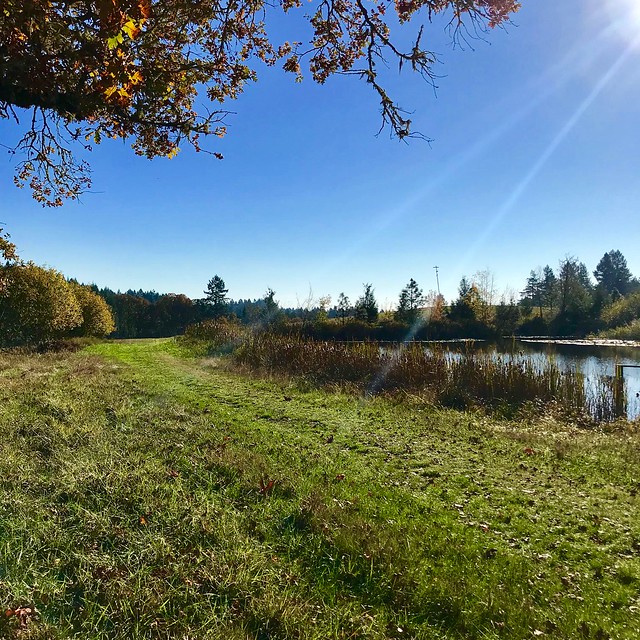 I am hoping to get back into things more in 2018, but family always comes first. I have my plans, and my youngest loves being in the stroller, so expect to see me out pushing her along in the coming year!