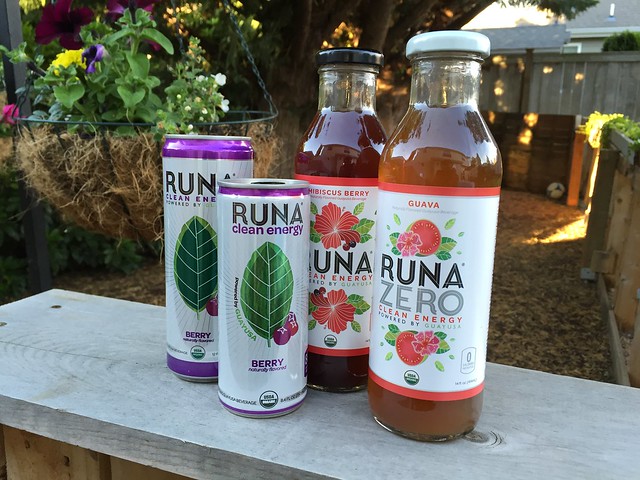 Run Oregon sometimes receives products to review. In this post, Run Oregon provides some initial impressions on some beverages from Runa.

Runa was founded in 2009, days after we graduated from college. But our story begins several years earlier, when Tyler was living with the Kichwa people in the Ecuadorian Amazon. It was then he was introduced to guayusa – a naturally caffeinated tree leaf brewed like tea, consumed early in the morning to help interpret dreams and late at night to provide energy and clarity while hunting in the jungle. He loved the earthy flavor, smooth taste, and energy boost he got from the leaf.

Together with these communities we envisioned a business that could share energizing, rich-tasting guayusa with the world – a business that would respect cultural traditions, support small farmers, and maintain the integrity of the Amazon rainforest. Runa now buys guayusa leaves from over 2,300 farming families. Those leaves are processed in a plant in Ecuador and then shipped to the U.S. where they are shared with a growing number of people.

Runa is proving that businesses in the Amazon can be good for the environment and the preservation of traditional cultural practices while supporting producers and connecting them to consumers around the world.

Price: Purchase via Amazon (I also found them in my local taphouse!)

Impressions: The Berry flavors of Runa Clean Energy (powered by guayusa) was a tasty treat, where I actually did feel a bit of a kick from the natural energy. As mentioned in the description above, guayusa is a “super-leaf that has naturally-occurring caffeine…” and I definitely felt a boost after trying it out. It was pretty tasty as well – a good combo.

The guava and hibiscus flavors of the bottles are some of the more tasty energy drinks I have had. My wife would agree, as they have historically been the only energy-type drink she can stomach. When they are in the house, I hardly get a bottle to myself, as she hoards them all to herself. The bottles vary from 0-70 calories per serving, and really provide a health conscious and refreshing summer kick.

I should also mention that Runa claims to partner with Ecuadorian families in a Fair Trade relationship in harvesting the guayusa, a very noble and worthwhile endeavor.