Everyone knows, running at practically any pace helps your body in numerous ways. Whether it takes 6 minutes or 12 minutes, every mile counts. This is a hobby I have benefited from for quite some time, going on 20 consecutive years of running regularly. With this experience comes the ability to help others. The basic knowledge to answer questions regarding fitness and gear from friends and family that approach for advice. 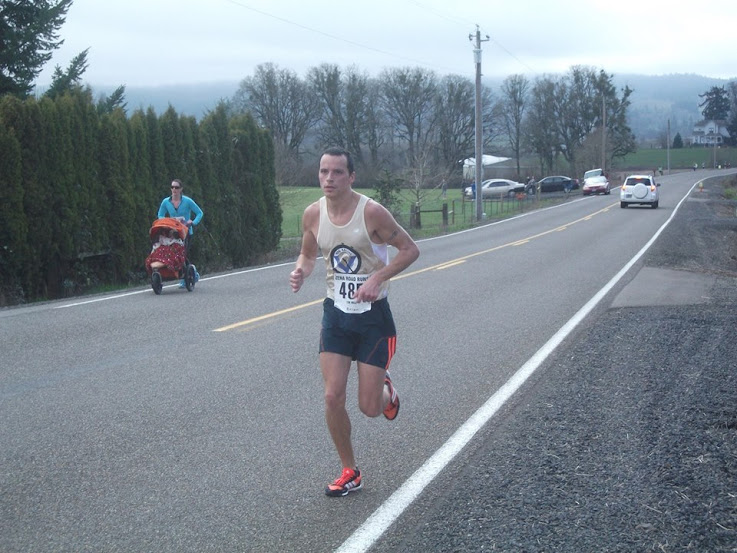 It was shocking to me to see how many reached out to let me know how inspirational they found my run with Andie at the Portland Marathon was. I hadn’t thought much farther that just making her happy and assisting her army in reaching a goal that would have been difficult for them. Even now, three months later, I still come across people that want to congratulate me and tell how hearing of or viewing that moment was inspiring to them on a personal level.

When I started running in McMinnville, the population was about 24,000 people. These days, it is almost 10,000 more, with whole neighborhoods sprouted up where there was nothing but fields and meadows before. I have grown with it, and watched it grow. Two a days, countless out and back and loop courses around town, cruising the main roads, exploring the parks and residential areas. Through the heat of summer and storms of winter, at literally any hour of the day I was out there pounding the pavement, aside from several months at college. I became a fixture of sorts.

This became evident as in my general errands about town, people recognize me. They will ask me if I was ‘that runner guy’. Once I admit that I do run, they generally regale me with some tale of when they saw me somewhere in a manner that was memorable to them. Usually in regards to some terrible weather I was a madman to be out in, or referencing my speed.

I don’t think much of it, beyond random circumstance until a recent encounter made me look back. I was at a bar, relaxing with some friends, and a stranger came up to me. He was there to grab a beer and play pool, but came over to shake my hand. Explaining he wasn’t a runner, but that he has seen me for years and found it awesome that I had been at it all this time. After a few quick words , he went back to his friends, and me to mine.

That moment stuck in my head. I reflected back on the various times something similar has happened. These strangers are proud that I am there, amazed at what I have done and how long I have been doing it, and most importantly, inspired by my effort. So it brings to mind the curious thought, how many people may have strapped on a pair of shoes and at least tried, because they saw me go by? How many may have gone back on their decision to take a day off because they may have seen me struggling in the wind, or better yet, splashing through puddles. I may never know, but just the thought gives me hope.

If you read this, and you run, this applies to you as well. You could be that inspirational runner to someone, or someones, and you may never even find out. You don’t have to be fast to be inspiring. I see people out there, who will probably never win a race, and that is inspiring. Because they are doing it for themselves. Or their kids. Or their spouse. The point is they are trying. As you are. And I. We all have different reasons and paces, but the drive within is the same. People see that, and may find hope in their own way. Imagine the difference in the world if we each inadverdantly sparked one person to take up running.

2016 Shamrock Run is just weeks away!