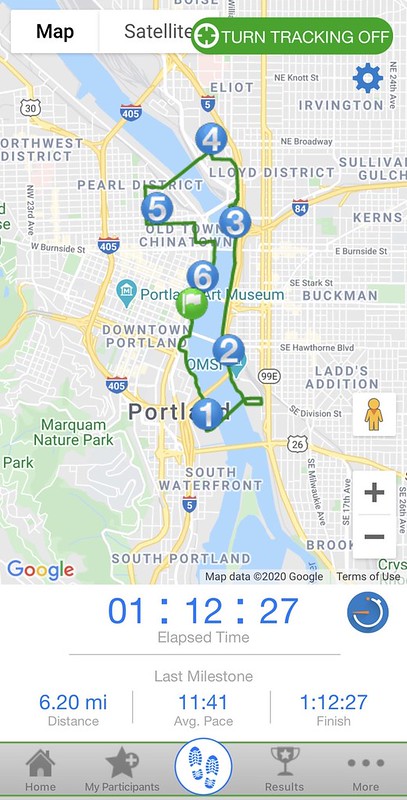 Last week I challenged my students to try something brand new, something outside of their comfort zones. And since I want to be a good teacher, it seemed like perfect timing to be brave and daring myself.

The result was my first experience with a virtual race that included a specific course and directions. Terrapin Events has started hosting “Nearly Live” versions of their 2020 races. Rather than choosing my own location for the miles, this system involved a specific course and a specific timeframe to get it done. And promised an app on my phone to keep me on track from start to finish.

Run Like Hell was my first 10K race and now it would be my first Nearly Live race. And both of them would be in a downpour rain. Seemed appropriate. 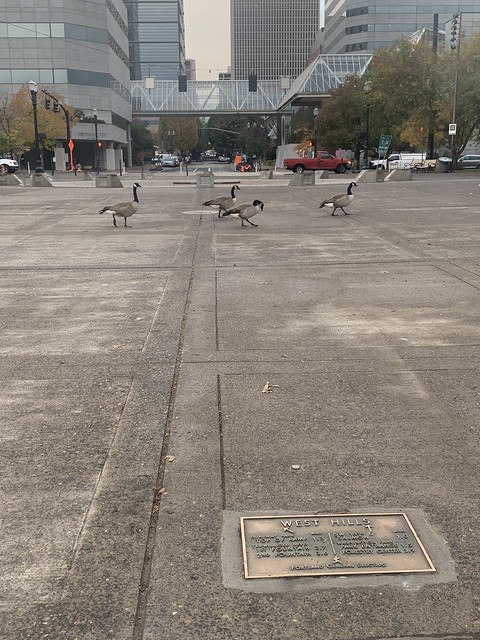 Terrapin sent multiple emails in advance of race weekend to ensure I was prepared. I had to complete my 10K between October 30 and November 1 for it to count, and I was provided lots of details about the RaceJoy app. I was most grateful that they included some photographs of there the starting line was because I had a hard time getting my little blue dot on the map to match up with the green line (an issue that would come up several more times on the run).

I started my race in mid-morning on Friday, with gray clouds overhead and few people outside. I knew the basic details of the course: south on the Esplanade, over Tilikum Bridge, north to Moda Center, over Broadway Bridge, loop through downtown, and then back south to the starting line on the waterfront. Seemed simple on the map and I had an app to provide directions (and cheers if I connected my mileage updates to social media).

Unfortunately, I discovered that the directions that came through the app were bundled into three or four at a time, with nothing new shared until I had made it through those turns. For example, coming off the Broadway Bridge, around mile 5, I was told to turn left on 9th, left on Flanders, right on 2nd, and left on Couch. At that point in the miles, my brain had a really hard time remembering four turns that extended across a half mile. I ended up lost four times (five if you count the starting line) during this race and probably earned my medal through about 7 miles rather than just 6.2. It was a wet victory and I’ll have earned that medal when it comes in the mail later this month. 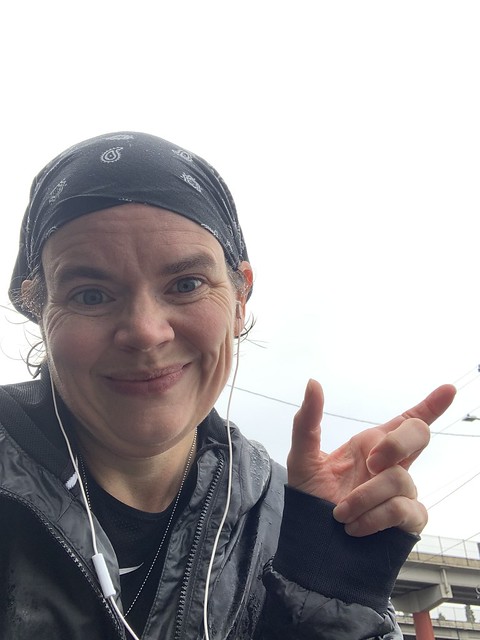 Overall, it was not the Run Like Hell that I was used to, to no fault of Terrapin Events. I missed the costumes and music. It was an adventure and a challenge that I proudly shared with my students. And hopefully it can be an in-person adventure again next year.