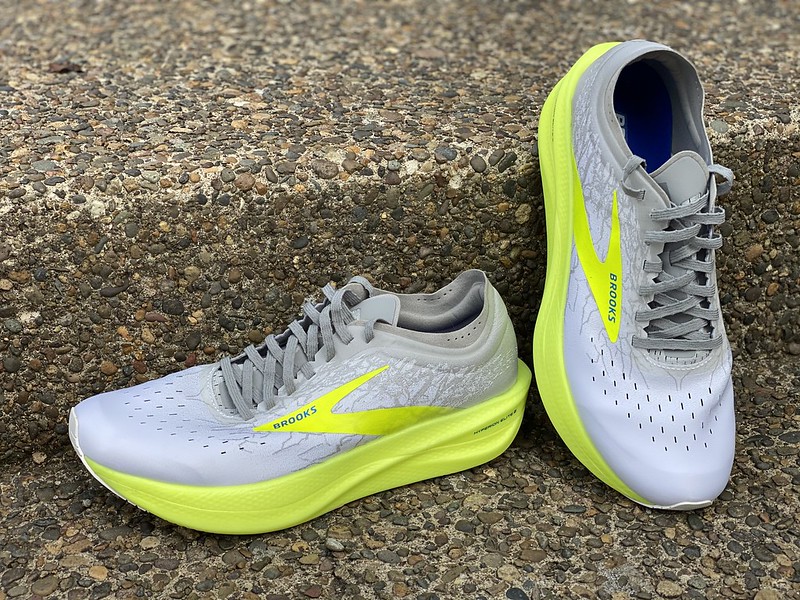 Brooks Hyperion Elite’s are back – and with a vengeance.

It’s a pretty well known fact that many intense runners and shoe reviewers weren’t the biggest fans of the first version of the Hyperion Elites. It came with a lot of fanfare and intrigue, and was sold out pretty early on. We managed to get our hands on a pair, and considering the above factors, we wanted to showcase our initial thoughts in a reduced timeframe. While we were generally pretty positive in our quick and dirty review, focusing on how the shoes were race-ready and propelled things forward, longer-term follow-up discussions about the shoe showcased mostly that the effort was “fine”. Normally, “fine” isn’t a bad thing, but when its attached to an option with a large price tag and high expectations, that term isn’t really the one you want.

So it is with great excitement that the recently released Hyperion Elite 2 may be the version the running community was waiting for all along. 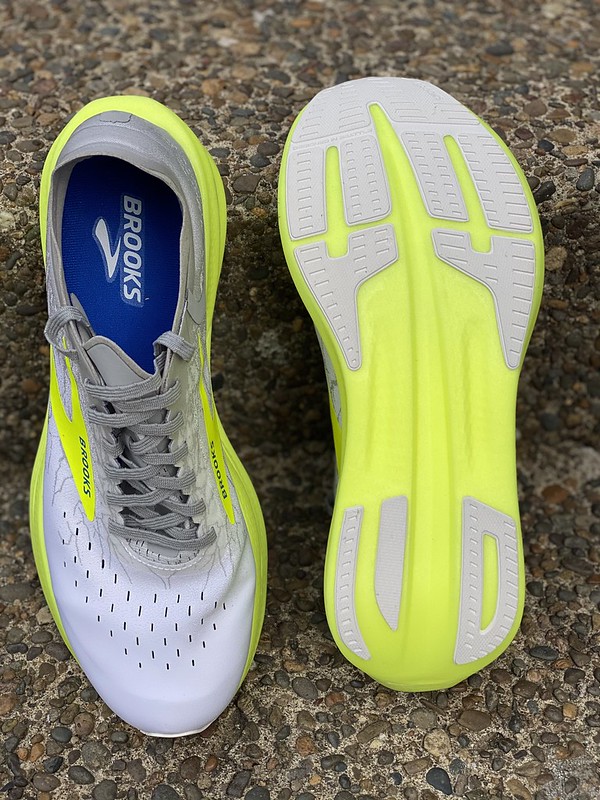 In comparing and contrasting the two releases, there are some similarities and also some needed differences.

The light stretch woven upper looks and operates essentially the same as its predecessor. You should also expect the thinner tongue (as opposed to the cushioned ones) and perhaps a little more padding around the ankle – but still not enough to weigh it down.

As for the changes, the midsole is probably the greatest one, and the one feature most people ended up having an issue with. Brooks uses their DNA FLASH with a carbon-fiber plate that give these performance shoes a rocking boost forward. It was evident from the first time I put these on just how much momentum they provided. My first wear was in the beginning stages of the wildfires here in the valley, so I tried them out on the treadmill and literally had to push my speed up and up to keep from propelling myself into the front console. It was so crazy that I ended up maxing out my speed for the final few minutes of a speed push – something that I never really do. 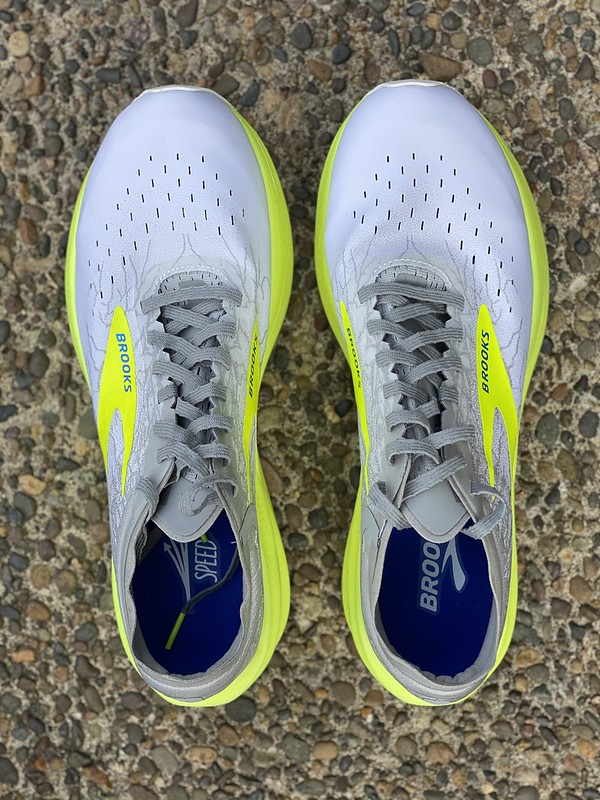 I will be honest however, the price for these competitive race-read shoes is pretty high. At $250, it’s an investment at any time, but given that there aren’t really a ton of competitive racing going on at the current moment, it will likely be used for training purposes. That being said though, I believe that Brooks’s Rapid Roll Technology in these shoes may stand aside some of the big names in race-performance footwear.

We live by the following:

Thank you to Brooks for providing us with a sample pair. Please read our transparency page for info on how we do our reviews.