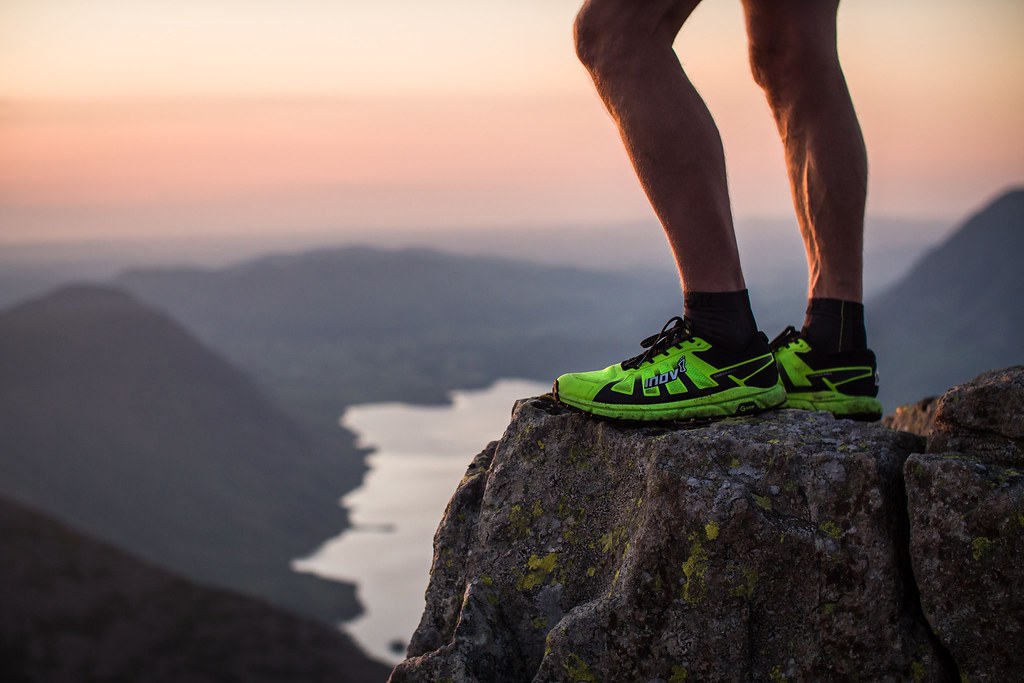 As trail shoes continue to evolve, from short distance speed events, to crazy 240 mile plus distances, runners have a slew of options. Finding the right shoe to go REALLY long is a big deal for those of us who run REALLY far.

Recently, I was asked to test a new release from Inov-8 (size 9.5/Green), which was released in July 2020. The Terraultra G270 is a next generation shoe from Inov-8, following in the footsteps of the G260, and according to Inov-8, it’s “the ultimate running shoe for big trail miles.” Earlier this summer, the shoes were also worn by Damian Hall when setting a new 268-mile record time for the Pennine Way – Great Britain’s oldest and toughest trail.

The first thing worth mentioning, right out of the box, is the visual appeal of this shoe. I personally love bright colors for my running gear, and these do not disappoint! I’m also a fan of the laces, which are flat, and not too long.

While first impressions were good, I was a little skeptical, given my slightly wider than average feet. However, the fit is rather spot on, and sizing seems to be true. I noticed a little play in the length, but that is a good thing when it comes to how our feet need a little extra space as the ultra miles climb. For my first run I chose a pair of Merino blend socks, and hit the trail. About 10 miles in, my wide feet were rubbing and I could feel blisters coming on. Part of this can certainly be attributed to the shoes being brand new, but my feet were the real culprit. However, here were some key takeaways from that inaugural run:

Other than being a little tight for me, I really felt the shoes performed admirably, but I barely had a half marathon in them, and knew I needed to work them out a bit more. That first run was mostly well-packed, single track dirt, with a little bit of rock. I chose a very rocky and technical trail for my next run, opted for a thinner pair of socks, and set out for another 13 miler.

The first big thing worth noting is how well these shoes hold your ankles in place. Additionally, these shoes keep your entire foot in place, which might sound weird, but it’s kind of like having super tough gloves on your feet. Downhills were crazy fun, allowing me to just coast, with no fear of my toes slamming into the toe box of the shoe. And as was the case for the first run, the grip is good, whether it be on loose dirt, gravel, or large but loose rock.

Overall, this is a top-notch shoe, ready to take on anything you throw at it, for as many miles as you can handle.