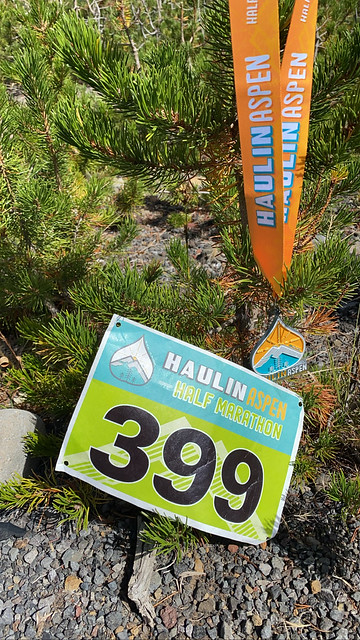 August 8th, 2020 will go down as one of the most memorable days in quite a while – and I have the Haulin’ Aspen to thank for it. After 154 days of no racing – the longest such stretch since 2011, thanks COVID – I made the trek over to Central Oregon for the 16th annual event.

As you know, there aren’t a ton of races going on right now aside from virtual ones, so when Lay it Out Events got the approval to go forward with their trail event, I knew I had to join in. 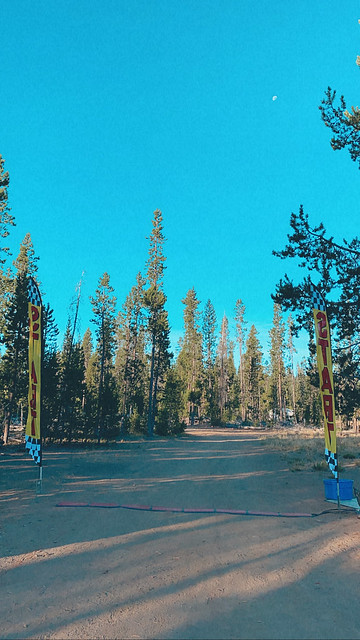 I suppose trail races make the most sense when it comes to being able to safely continue during this pandemic. Sure, there can be some small single track variety – like there was in this event – but trail races are generally less crowded, and with multiple distances and courses, things can say pretty spaced for the most part. The race directors did a very good job at ensuring as much spacing as possible by having 4 waves for each of the 3 distances – each one 15 minutes apart. That way, the 300 or so runners were spread out over 12 different times – or approximately 25 runners per quarter hour. Not bad.

There was also plenty of distance to get ready at the starting line. If you have ever been to the Wanoga Sno-Park, you will know just how giant the parking lot is. It’s seriously ginormous. I’m pretty sure every runners could have had an acre to themselves if they wanted. The directors also requested just one other non-running individual to accompany runners and I felt that nearly everyone adhered to this. 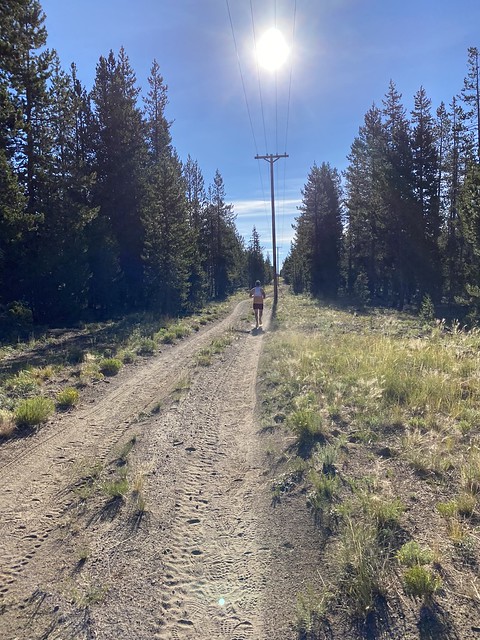 I decided to join the second wave of half marathon runners at 815am (there wasn’t a scheduled wave – you could just go whenever you wished). I started near the front so I don’t know exactly how many others joined this group, but I felt that things went pretty well at the lead. There were probably about 4-6 of us around the same-ish pace for the first 2 miles or so and, while there was some passing, at least a couple others joined me in pulling our buffs up over our faces when doing so. Additionally, as can be seen above, the first stretch was relatively wide and allowed for distance passing with ease.

To be honest, I was pretty impressed with us runners on the course. It seemed like everyone was generally thrilled to be partaking in a race, and were less so concerned about strategy and speed. Sure, I wasn’t (and never really am) near the front expecting to win, but everyone I was around seemed to keep space by using face coverings when nearby, stepped off the path to let others pass, or even slowed their pace to ensure distance on single track trails. Nobody wanted to screw things up. 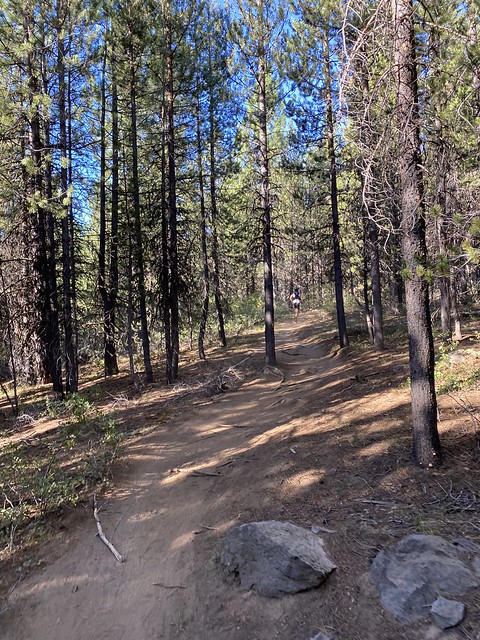 After the first few miles started an uphill single track for about a mile and a half, followed by almost two miles of a mild downhill. Another mile and half of gentle climbing was in order and, at mile 7.4, runners were spit out on a National Forest Development Road. This road was super wide and featured something I don’t generally prefer – an out-and-back.

Out-and-backs are generally pretty boring, and on most “normal” race days is something I would internally whine about. However, this .6 mile section (see where mile 7.4 starts on my Strava run here) was really quite amazing and left me super happy. You see, this section was full of a lot of people. Given it’s length (1.2 miles followed by another almost 3 miles beyond that), there was ample opportunity to do some “connecting” with other runners. The road was super wide here and allowed runners to actually greet each other with smiles and words of encouragement. It was so nice to see other racers working through this race – it just made me feel normal again and “like one” with my fellow racers. 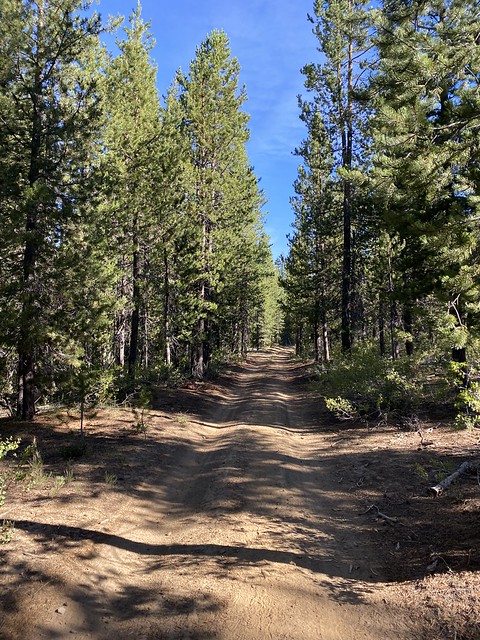 The final stretch may have been the most challenging, even if it wasn’t super altitude changing. The trail morphed into more of a soft sand texture and there were random spots of rocks on the path that really slowed things down in order to traverse them safely without eating it. All that, combined with 11+ miles in the rearview and a finish line within reach, made the slowing that much more challenging. But that’s a trail race for you!

The race directors did a great job at marking the course and I found they were pretty much spot on with my GPS. There were some aid stations along the way, but I opted to carry a pack (something I don’t generally do) to avoid any need to grab water or supplies along the way. 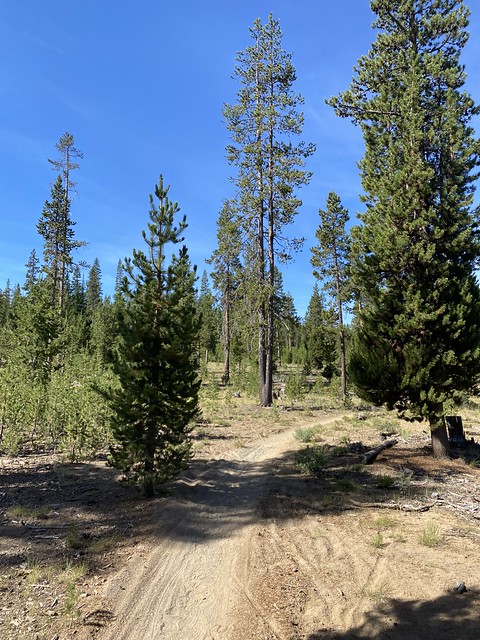 After the race we were given sack lunches and canned beer from 10 Barrel (as opposed to a food spread and draught) and, once again, there was tons of space to spread out. This was the one time I felt like things were more clustered than they needed to be.

Overall, I really think Haulin’ Aspen knocked it out of the park again. I can only hope that other races will be able to put on events as well because I sure have the bug once more!