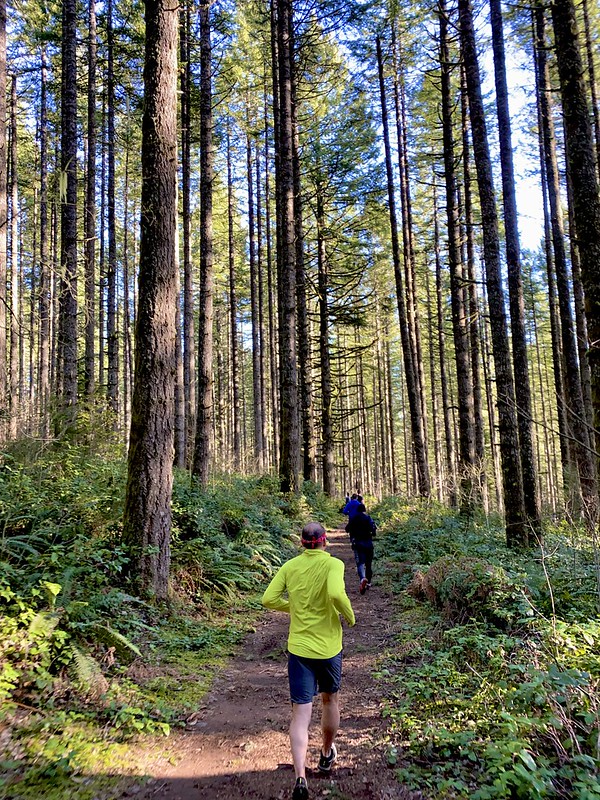 It’s been a while since I last ran the  Buck Mountain Mudslinger 6.5 mile trail run. Last fall I did a 20 mile run up near Shellberg Falls and came across a sign on the trails referencing Buck Mountain – and it jogged my memory that I should check this one out again. I came to find out that it had actually been 7 years since my last participation and so I knew it was due time.

This event, which takes place within Silver Falls State Park, is one that always seems to have some unknowns as to the conditions. Last year’s even saw a ton of snow, and there have been other years when rain dominates the skies. However, we lucked out this year with epic beautiful blue skies and near perfect trailrunning temperatures.

Though it is in the popular state park, it’s on trails that aren’t part of the popular Trail of 10 Falls. These sit across the main road, tucked back SE from that area. It’s quite amazing how many great trails there are out there in the park. Upon arrival, it was evident that Run Wild Adventures has darn near perfected this race. There was plenty of parking, a covered area for packet pick-up and hanging out, a small bonfire going, and music setting the tone. 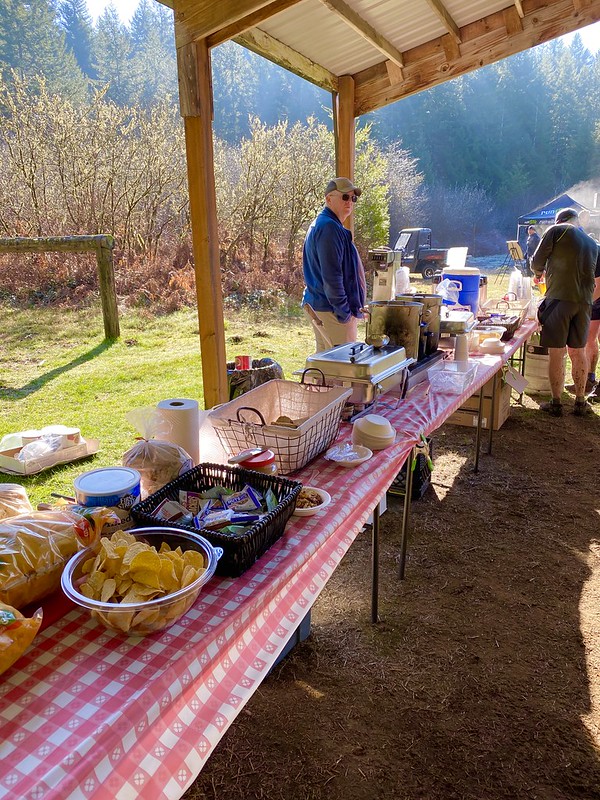 After a few short announcements, we toed the line and were off. There was a short section at the beginning that was run and the main road into the horse area which allowed for runners to thin out a bit before entering the thinner trails. For once, I actually made plans to utilize the elevation chart and knew that the first 3/4 of a mile would be relatively flat before some climbing. I allowed people to pass before hitting the first climbs, and thus (again a rarity) had some ability to run most of the uphills with only a few walking areas. This is generally the opposite for me!

This climb was followed by a couple miles of rolling hills which were absolutely beautiful. Every 50-100 yards or so, there seemed to be some mud, but these were relatively easily navigable during this section.

Beginning at mile 3, there was a relatively steady uphill climb for the next mile. I didn’t find too many truly steep jaunts in this section – just a constant and steady uphill that continued with every turn in the trail. Uphills are definitely made easier with scenery and views to accompany it. 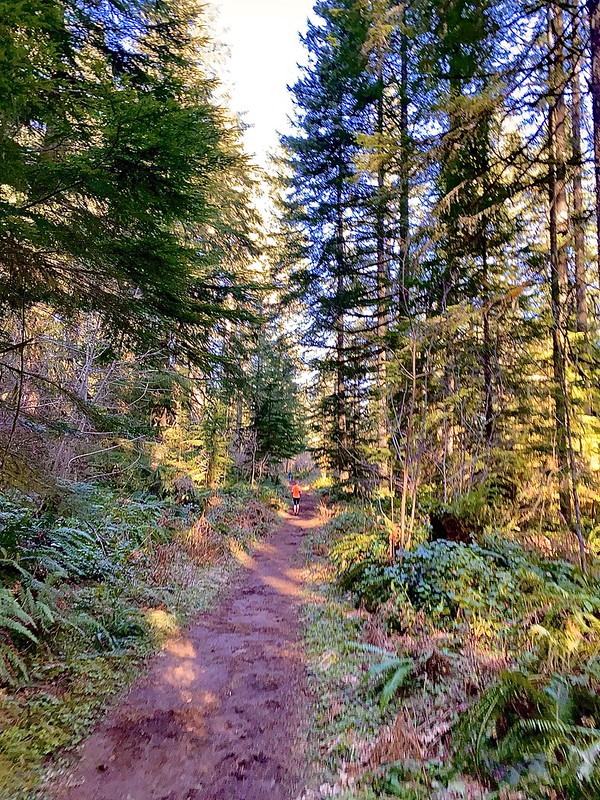 Right around mile four, we turned and spent essentially the final two miles heading down almost 600 feet in elevation. There seemed to be more mud and wetness in this section, which caused a tiny amount of trepidation at some locations, but was otherwise a welcome section in comparison to the up. This section definitely got my shoes, legs, and shorts a little muddy (though not enough to win the prize for muddiest participant), but I know from year’s passed that it could have been much more rough. The muddy conditions were the right amount of challenging without being overkill. 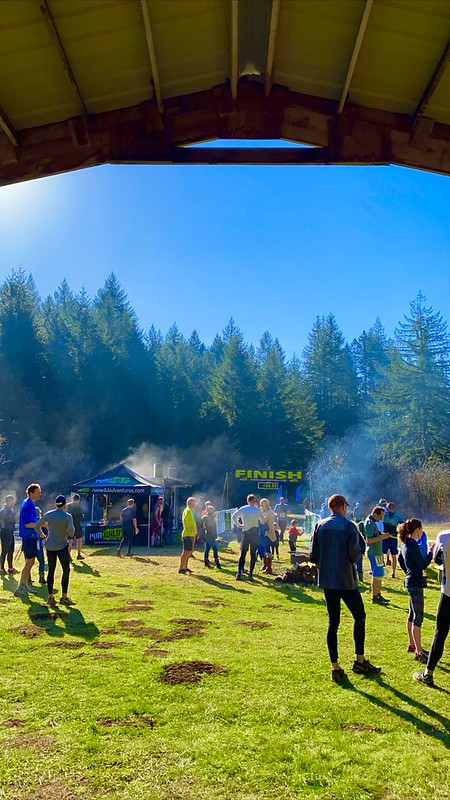 After the race, I grabbed a beer from Ratchet Brewery (a new sponsor of Run Wild Adventures since Seven Brides closed up shop), and a couple of snacks to refuel. RWA always has a nice spread with local coffee, bread, and some sort of soup at their events – in addition to the beer. The backdrop was amazing as we watched and cheered on the rest of the runners coming in.

I have been saying the same thing since my first Run Wild Adventures’ race over 8 years ago – they really do an awesome job. Their races are inexpensive, aren’t congested, and provide plenty competition regardless of your speed. They race from from November – April and showcase some areas that many runners still may not know exist. Their next event is coming up in March – the Vortex Half Marathon and 10k in Estacada. It’s been a while since I have run this one as well, so maybe that is once again my cue to register. You should too! 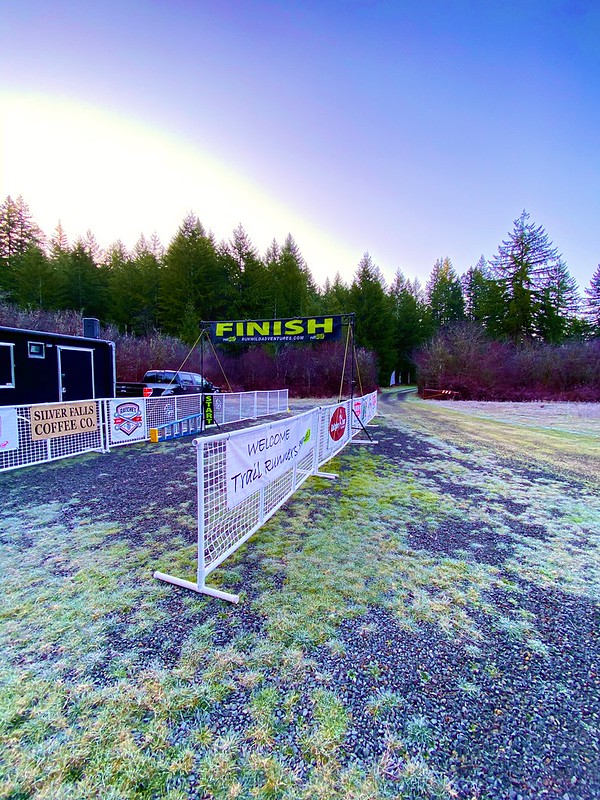