Level 32 Racing’s Run Big Trail Series started with a muddy but beautiful day at the Bristow Trail Run on Saturday, February 1st. It was drizzling off and on that morning, but for the most part the rain held off. But for an early season trail run, I knew it would be slow going in the muck (and I strategically wore shorts for that reason).

It’s a loop course of a hair over 5 miles, so participants could pick from a 50k, a 25k, 10 miler, or 5 miler. The 50K racers were already on course when I showed up and the 25K / 10M / 5M all had a staggered start of a few minutes between, which really helped keep things moving on course!

I had never been to Elijah Bristow State Park before – just outside Eugene – and with a start time of 10 AM, it wasn’t too bad to leave from Portland that morning. I arrived around 9:35 am and had plenty of time to pick up my packet, use the port-a-potty, greet some friendly faces, and otherwise prep for the start. (I do recommend getting there a bit earlier; even though this race is small, parking is smaller!) 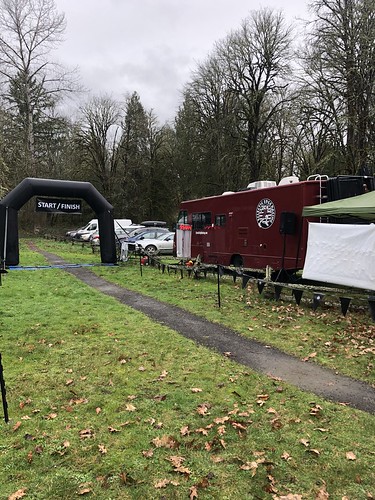 While we waited to line up for our respective race starts, we were able to see / cheer on the 50K runners coming in at the aid station / transition tent right by the start line. I was stoked to see my own running coach and ran to give her a supportive hug and well wishes! I also saw a local race director running alongside her and later saw two other local race directors! A small event indeed and it was great to catch up with my kindred spirits in the wild.

Soon, I found myself on course (I ran the 10M) and the start went off without a hitch. Just a quick jaunt skirting the meadow and we spilled out onto the slick singletrack. It was a slip-n-slide and any trail shoe touting superior traction in the mud was given a run for its money!

The course was beautiful and basically dead flat so I found that I was actually running at a quicker clip than I thought I would be. While the course map looks like a curlicue lollipop out and back, it was impeccably marked and staffed, so there was no room for confusion. There were 2 aid stations per loop that runners passed twice, for a total of 4 chances for aid in 5-ish miles, which is great. In fact, I didn’t run with any sort of hydration or nutrition on my person and never regretted it. 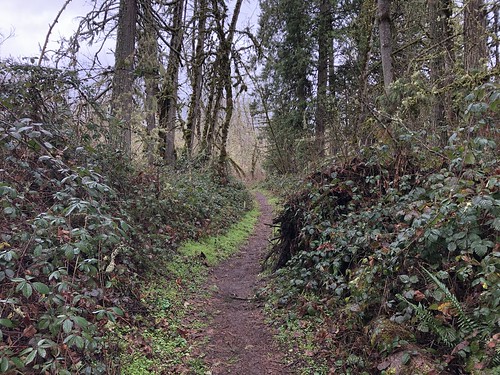 There were a few good stretches of absolute chaos in the mud. The kind where you throw your arms out for balance and [half] joke that you threw your back out in the process! The kind where, maybe the 3rd time you go through, you walk it. Otherwise, the trail was wonderfully runnable, soft, and gorgeous. There were sections by the water and sections in the water! There were 3 good “puddles”, about shin-deep, right in a row. Splash, splash, splash! The first time through I was in a line of people and we all just ran right through without hesitation, high-stepping, and leaning into the inevitable wet shoe scenario. The second time around I was alone and though I ran right through again, the water seemed colder! With the mud settled, I’m sure that was true! 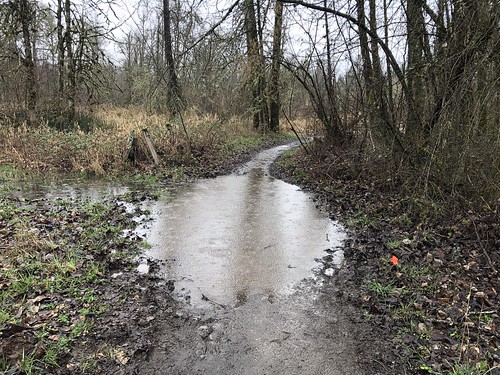 The miles flew by and because of the loop-style course, I was seeing my coach and others I knew throughout the morning on course. There were periods where I felt the nice solitude of trail running and other moments of solidarity with other runners around me – it was fun to strike up a conversation and find out who was in which distance, since there were dizzying numbers coming and going! Eventually I was on the home stretch to the finish and looked forward to seeing just how muddy my legs would be! 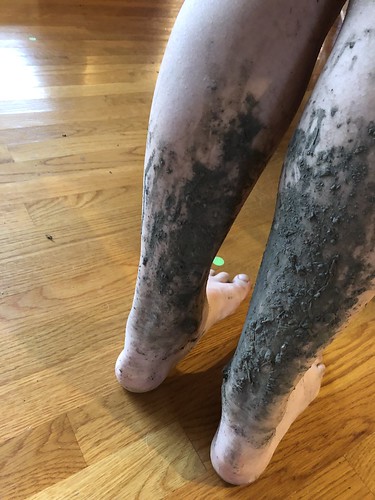 The race was chip timed by our friends at Eclectic Edge Racing, so I was able to get a printout right away of my time and stats. I was pleased with my race, given it was my first trail race since my “A” race of 2019 and it was still early in the year to have any proper training under my belt. I was grateful to have been able to run this one to, quite literally, get my feet wet!

The post-race spread was fantastic! They had delicious breakfast burritos (meat versions and vegetarian options!), fruit, bagels, veggies, cookies, chocolate milk, beer. There was also a food truck with grilled cheese sandwiches and soup! All the best finish line stuff. There were also a few racks of race apparel, so if you decided not to buy a shirt during registration but just had to have one after the race was over, they had you covered! 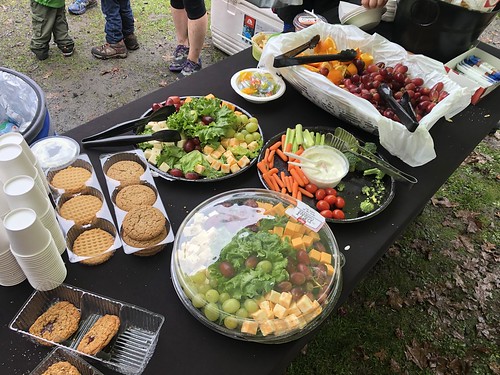 The next race in the Run Big Trail Series is the Shotgun Trail Blast in Marcola on Saturday, April 4. I loved the feel of Level 32 Racing’s event and recommend giving their races, or the whole series, a try!

You can see results from the day at Bristow here, photos here, and always, be sure to check out their Facebook page for more info on their events!