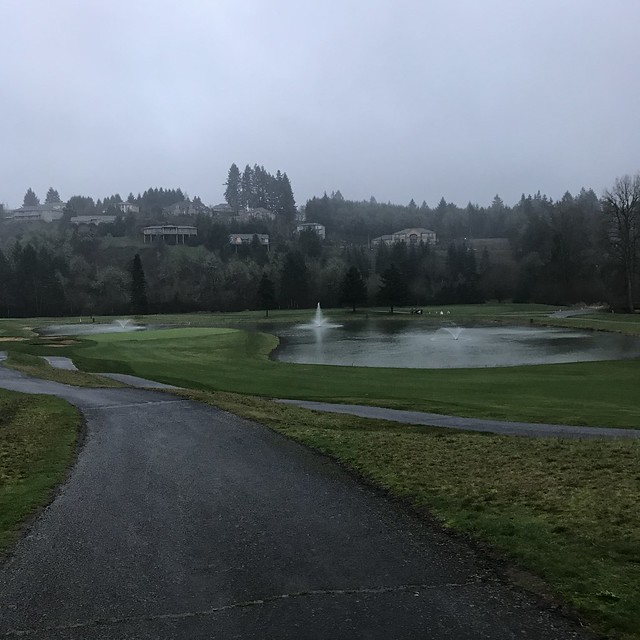 According to my Facebook Memories, I cared A LOT about football 7+ years ago. While I still follow along generally with the sport, I have morphed my sporting interest outside of the pigskin and more into the running world since then. The Salem Super Shuffle actually morphed three sports together – running, football (Super Bowl weekend), and golf – with it’s event at Creekside Golf Club. The event, put on by We Run Oregon (no relation), featured a 5k and 10k on the golf cart paths that slithered along the property. 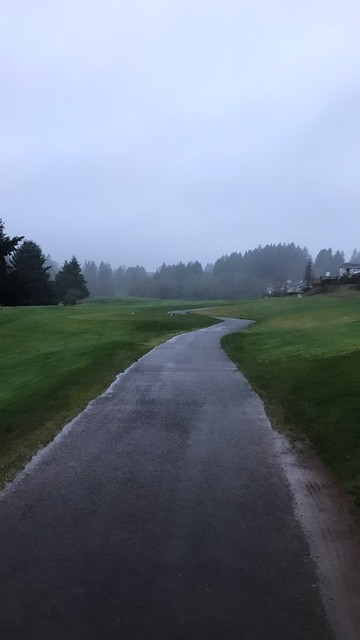 Race morning was, unsurprisingly, pretty wet and soggy. Luckily, bib pickup and pre-race staging was done inside the golf clubhouse so runners could stay warm up until the start. Even the wind presented a problem, as the starting arch had trouble staying up when inflated due to some strong gusts that forced its demise. It was quickly evident that the run would not be a leisurely stroll on the course.

I don’t know about you, but I don’t generally think of golf courses as the most challenging to navigate. I mean, there’s a reason why golfers can easily spend the day playing a sport in dress pants. But, I may have a new found respect for golfers, especially Creekside members, as the course was more hilly and challenging than I had initially anticipated. When I first discovered that it was going to take place on the golf cart paths, I had planned for a pretty level course. I have run on some golf course paths before, as part of the Sunriver Half Marathon, and those are really quite flat the entire time. But Creekside was different, with some short and steep hills, as well as some more sustained climbs and hills – specifically around the turnaround point of the 10k. 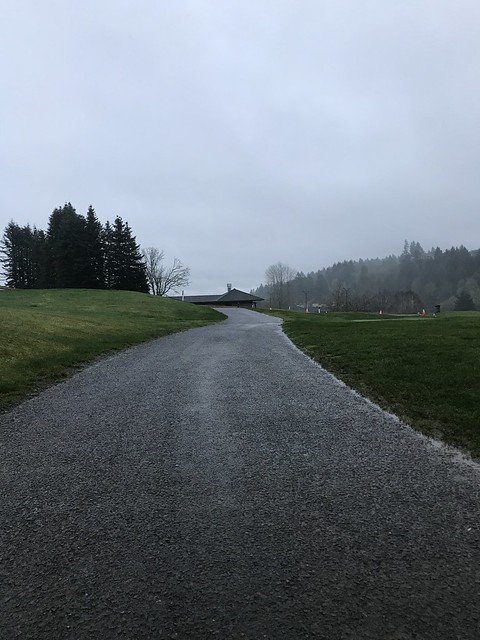 Runners started the races at the clubhouse and initially headed up near hole 1 with a short climb. Things generally evened out, more or less, over the first 1.5 miles or so, and probably even had a more gradual downhill feel overall. There were some cool spots running under tree canopies and the feeling of running in a hidden valley below some hills (and extremely nice houses). After the 5k turnaround and aid station, things seemed to get a little more challenging for the longer distance. This is when the hills came a little more into play and the final stretch to the turnaround point, that included crossing quiet Creekside Drive, was a challenge of climbing, rain, and wind.

The return back to the start allowed for some speed pick up initially due to some declines, but I did know that the downhill I felt at the beginning was going to mean the final mile or so would require a little more work. It was definitely a combo of physical and mental fortitude!

After the race, there was a really nice spread – complete with burritos, coffee, and other small bites. Participants also received a medal and a very unique football jersey-inspired shirt. I was very impressed with this event and had a really great time. It far exceeded even my positive expectations going in. I definitely appreciate We Run Oregon and their additions to the Mid-Valley race scene! 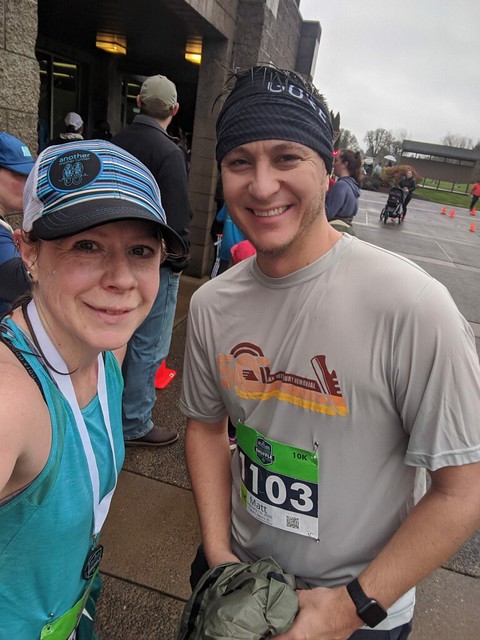