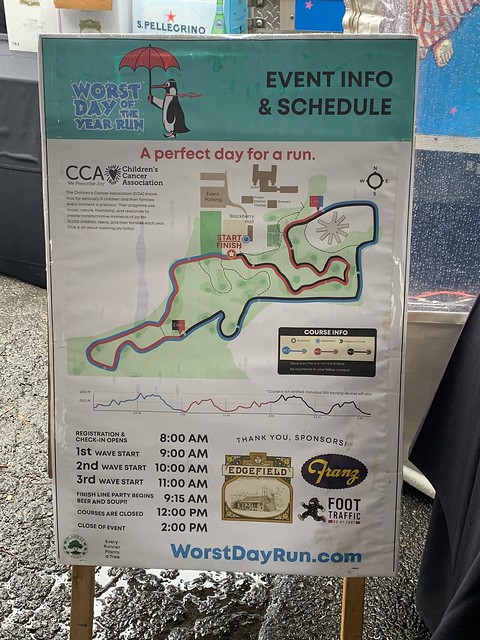 Two races in less than a week was not my best idea ever. But it wasn’t my worst one either (that would be when I decided to run to marathons in a month). But when I decided to do 10.5 miles before the race, that’s when my idea got impressively worse. Which is where I start my recap of Worst Day of the Year Run.

This is the second year in a row that I’ve done some training miles before this 5K event. Both times the race fit into the calendar when I was already starting to add miles for a spring marathon. A great thing about this event is that there are three different start times (9, 10, and 11am) so there was the option to get some miles in beforehand without waking up too much before the sun.

I decided to go for the 11am start time, so there would be plenty of margin to get from downtown Portland to Troutdale. The race is two loops around the golf course at McMenamins Edgefield. The rain that morning was more than I was expecting so I stopped by home on the way for a change of clothes and quick mid-running banana. I pulled into my parking spot at 10:50am. This was the least time I ever had between parking and race start. And I still had to get my bib number! Yep. It was a day of poor life choices (that, spoiler alert, all worked out okay). 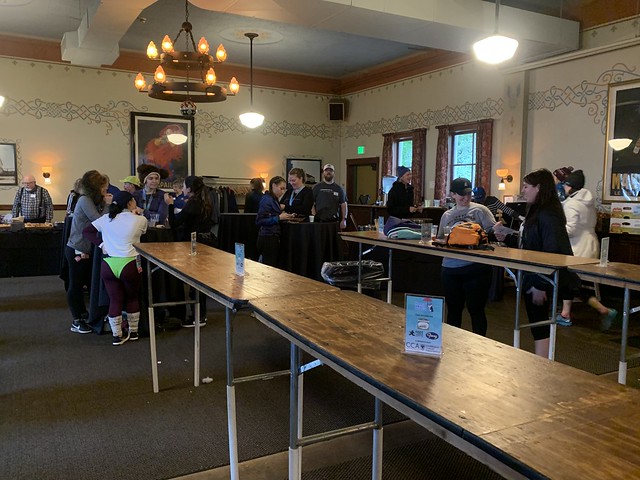 Bib pick-up was a breeze with no line (not a surprise that late) and numbers assigned when you checked-in. I did not purchase a shirt and did not have a drop bag, so I grabbed four pins and jogged toward the starting line with five minutes to spare.

Last year I ran at the 10am wave, and this later wave seemed to include more kids and more folks who looked ready to enjoy the walk around the course. It was not raining as we prepped to start, but the announcer warned that the heavy rains earlier meant some very slick and muddy sections of the course. There had already been some wipeouts that morning (I witnessed one with just a mile left and was so proud of the teen for getting back up).

The route around the golf course was similar to the outline of an upside down “U,” with the path going back along the inside so that you saw runners and walkers passing the other direction on different paths. The mid-point was going through the starting arch again and turning left. The second time we would get to go right toward our medals, beer, and soup. The mid-point provided a bit of a flat reprieve from a very hilly course. It was also where the water station was. 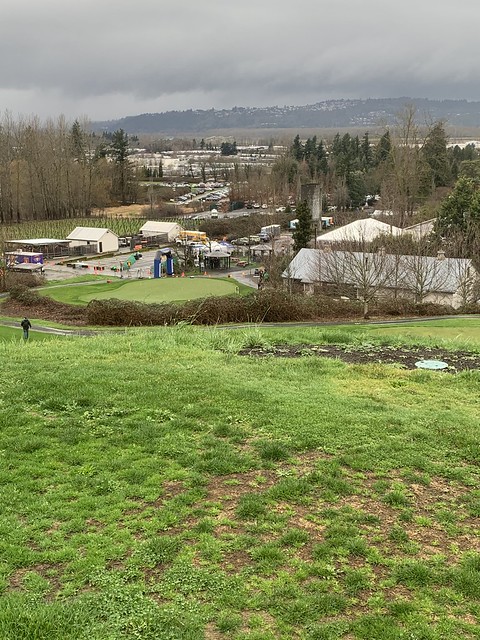 During my second loop is when the downpour started again. I put my coat back on to stall the soaked and squishy feelings. The rain also meant a needed shift from podcasts to girl power music. I needed my legs to forget that we were on miles 12 and 13 and get out of the storm. Coming around the finish line, I joyfully turned to the right, grabbed my medal, and paused just a moment for my finisher’s picture. My weary and wet body were so grateful to go inside; the fact there was soup, cookies, and fondue made it all just better.

The horrible weather was absolutely perfect for this Worst Day of the Year Run. And my muddy shoes are still drying out from the adventure. I am already planning to go again next year. Maybe do the 9am wave and do any other miles afterward to see what the course feels like when I’m fresh (and probably still muddy). 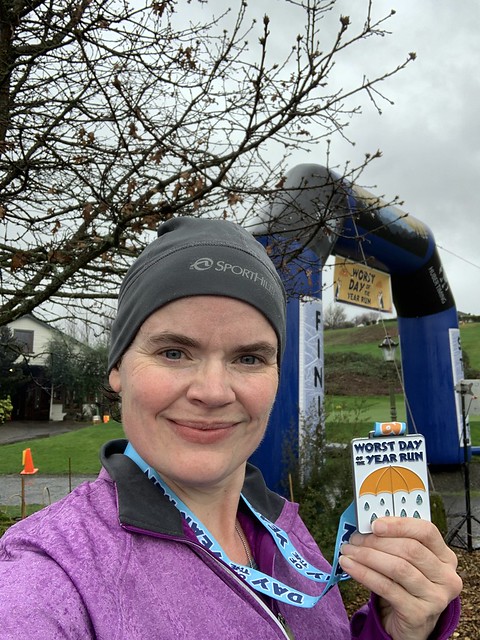