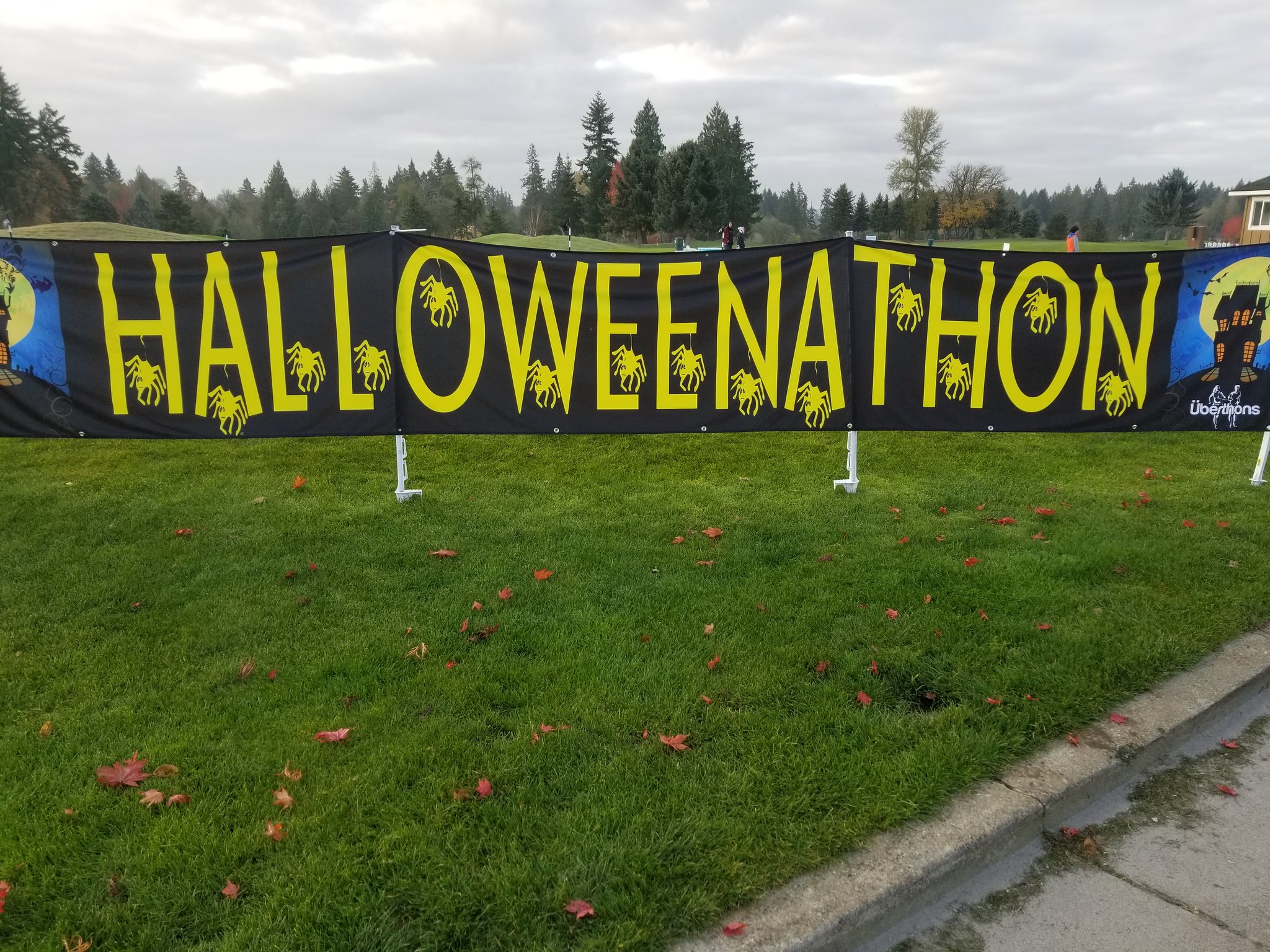 I’ve always had fond feelings for the Halloweenathon. I’m not much into costumes myself, but I like seeing the variety and creativity that people display at races like this. It’s such a festive event!

As has been the custom, the race took place at The Reserve Vineyards & Golf Club in Aloha. I got a bit of a late start and managed to get there about 10 minutes before start time, which was plenty of time to park and pick up my race bib (probably because the non-slackers had already arrived earlier). By then, many of the runners were already lined up at the beginning of the course. I ended up in the back third or so. With wave starts, it took me a few minutes before I was off running. With the way I’ve been slacking off on my mileage this year, that was perfectly fine. 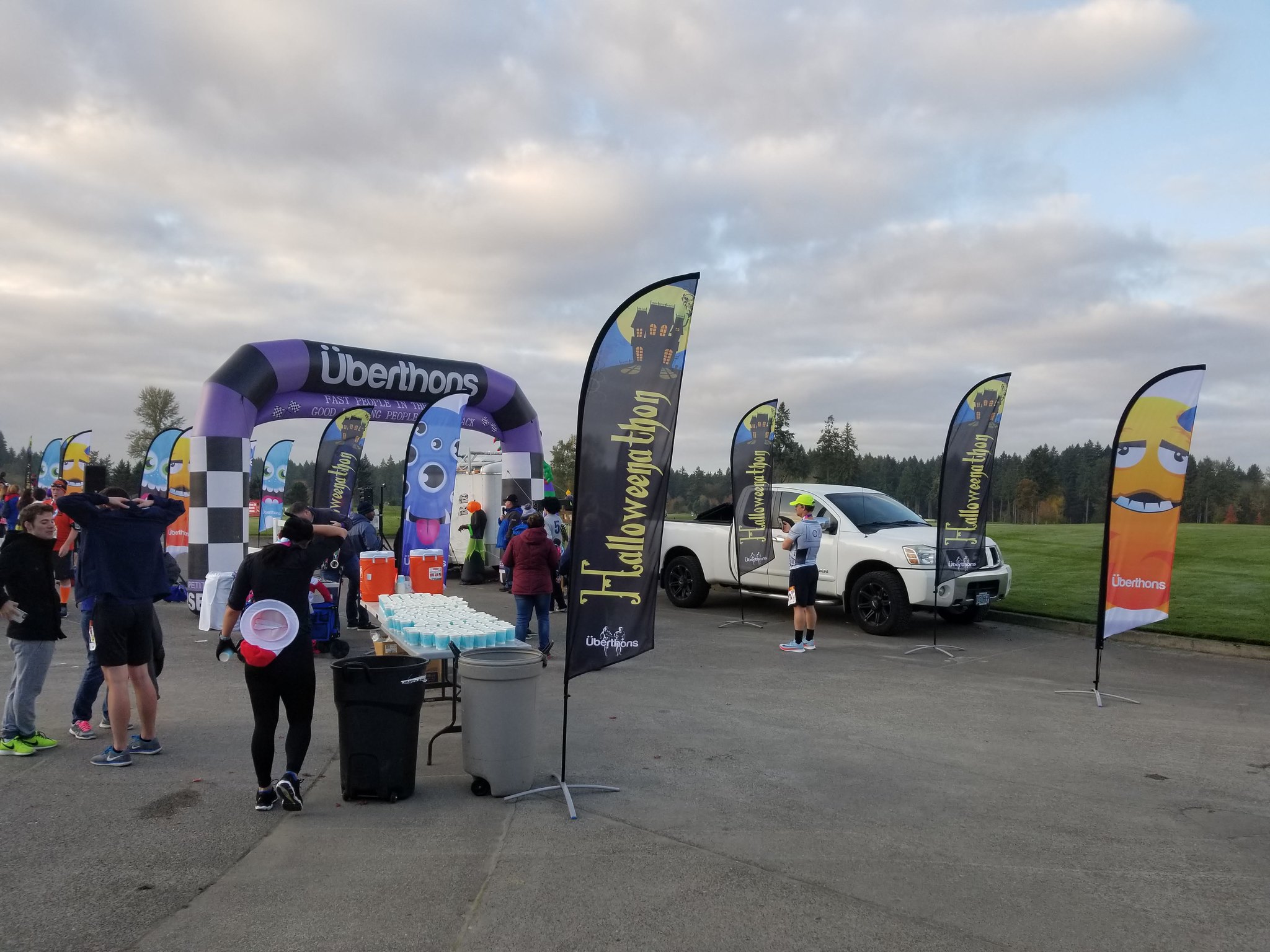 There were plenty of runners ahead of me to catch up to. Because of the wave starts, however, the golf course path wasn’t that crowded. I was able to pass people without having to go on the grass.

The first big turn on the course started around the 1/4 mile mark and made a gentle curve to send meheading west. I ran past a couple of runners with matching costumes and heard one of them say, “Oh, it’s a real runner.” Naw, everyone out there on the course was a real runner! I wish I’d said that back to them, but I was in that zone during that beginning of the run where I felt like I could keep up a respectable pace and was concentrating on maintaining a steady breathe in/breathe out rhythm. 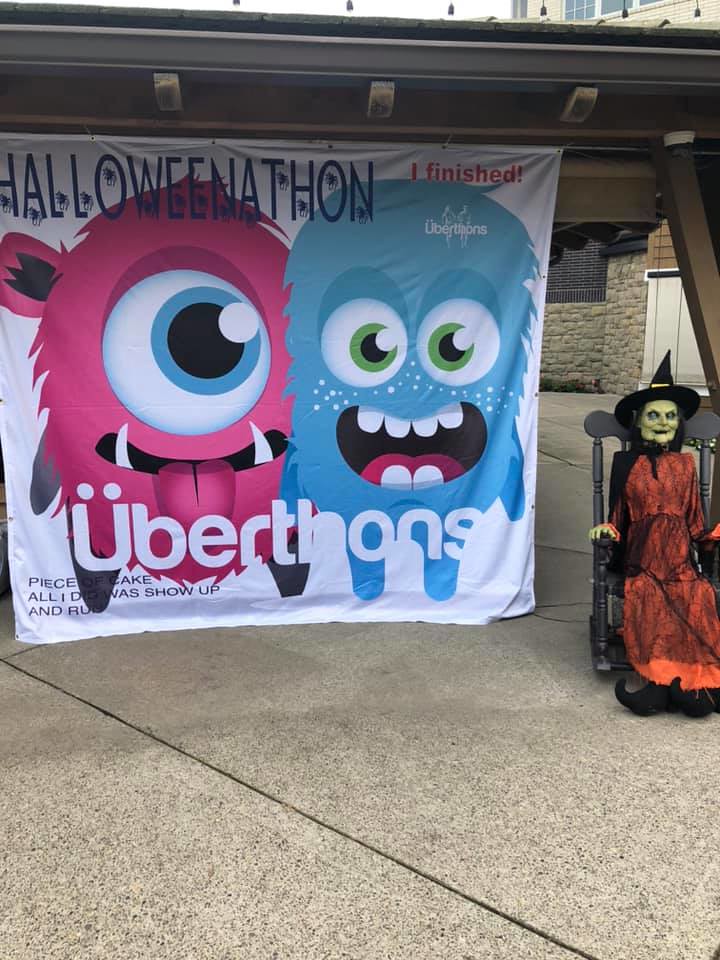 Somewhere around 2 miles, I caught up to a runner in an alligator (or was it a crocodile?) costume. He was holding the end of his tail in his right hand. It must have been flopping around and bothering him or something. As I scooted past, I commented, “Pesky tails!” I think that earned me a couple of chuckles. Soon after, I hit the part of the course that tricks you into thinking you’re almost done, because you get pretty close to the finish line and can hear the announcements, only to do a sharp 180 degree turn. If I hadn’t run this course so many times, I might have found it a little soul-crushing. As it was, I managed to hold my pace until the last switchback, at which point it was just a straight 1/3 of a mile to the end, and I started what I thought would be my final kick. Unfortunately, that did not last the entire 1/3 of the mile, so I really ended up with two attempts at finishing kicks, the final one coming with just 1/10 of a mile left.

After getting water and the finisher’s medal, I went to the post-race food spread, which was a nacho bar. Averse as I’ve become to cheese, I was able to get tortilla chips, salsa, beef, and black olives with no cheese and no sour cream. Yes! I normally stay quite a bit after the race (and usually even go through the course again once the obstacles are set up), but on this day I had to get home. I was able to stick around long enough for the 5K awards ceremony, though, and scored the third place for male 45+ medal.

The Halloweenathon is a great race.  I do miss the days when it was an all-day/evening event, but I can understand how that takes too much of a toll on the Uberthons crew. It’s stil a fantastic time just in the morning.