Disclaimer: I’m one of the volunteer RDs for this race, along with bloggers Nikki Mueller and Abby Meek. ORRC race volunteers get a $40 race credit for their support to use at any ORRC race from 9/3/19 to the 2020 Greenway Trail Trial. Sign up to volunteer here.

The ORRC Greenway Trail Trial used to run on the Wildwood Trail from Firelane 1 to the Hoyt Arboretum. Back then, it was called the Wildwood Trail Trial. Then, Forest Park’s permit rules changed a bit and we could no longer hold the race there. So we went to one of our favorite places to run, one with few road crossings: the Fanno Creek Trail in Beaverton. 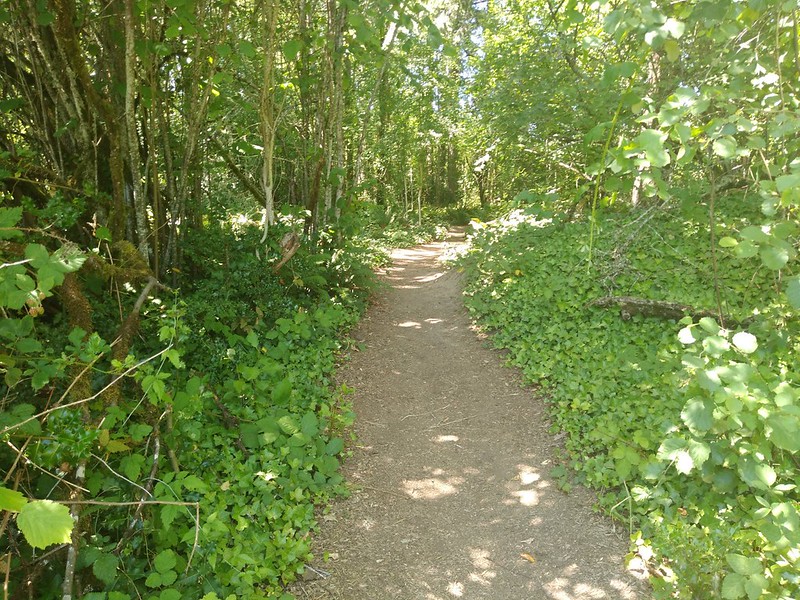 The first few years, the course stayed between SW Hall (in Beaverton) and SW Tigard Street (in Tigard). There was one loop that had to be run twice, and one intersection that was a little more than confusing for runners. Last year, thanks to help from the Beaverton Police Department, we crossed Hall and ran up to Denney before turning back. This year, however, planned trail work on the section between Hall and Denney forced us to once again look for an alternative route. 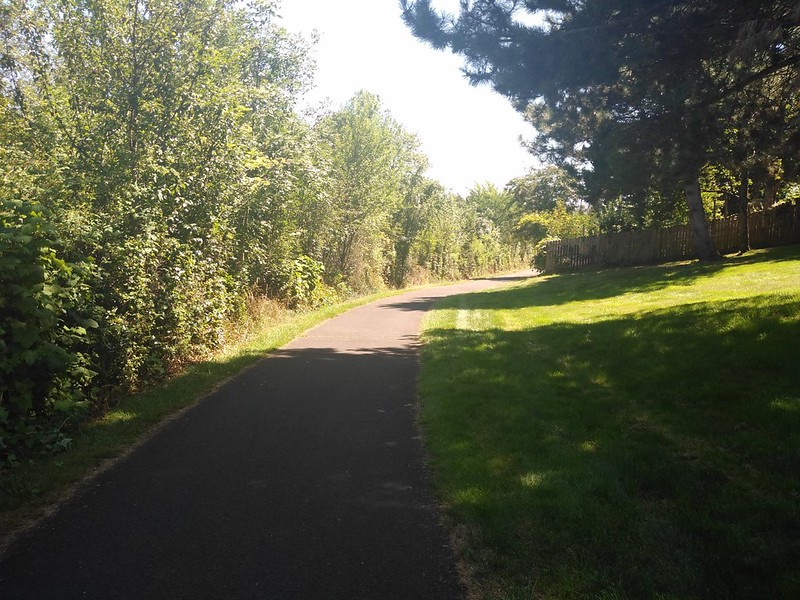 Fortunately, we found what we think is a pretty sweet course. We’ll start on the paved path from Greenway Park and connect with the Fanno Creek Trail, then head south under Scholls Ferry, over North Dakota and Tigard Streets, but this is where it changes. Instead of turning around here, runners and walkers will go all the way to the sidewalk on SW Tiedemann and turn left, staying on the sidewalk and running around Fowler Elementary. But around the backside of the school, things get really cool. 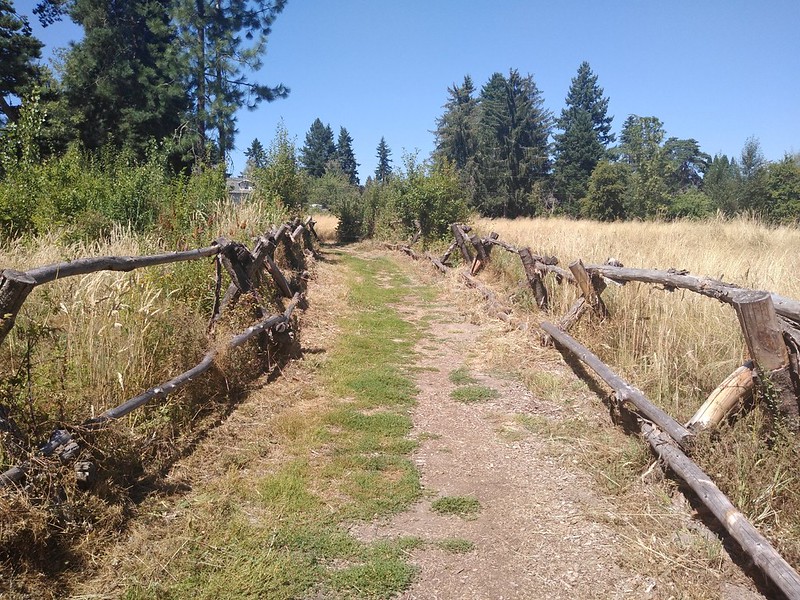 The course then winds into Dirksen Nature Park onto a singletrack trail that’s a lot like the trail in Hyland Forest Park. It’s hard-pack dirt trail with some roots and rocks, but nothing really technical. The route winds around under the trees and then joins up with a woodchip trail that connects to another short dirt trail through some trees and then to a newly groomed path through the grassland section of Dirksen Nature Park. That’s where the 10k turnaround is, with runners zipping back on the short dirt trail to the woodchip path, but then running on grass for about 100 meters (so there’s no two-way traffic on the narrow singletrack.)

We’re still looking for a few volunteers to work at the “volunteer early, run later” shift from 6:30am until about 8am, and some to work a regular shift as road crossing monitors and other course monitors. Volunteers who want to race can start at 6:50a, 10 minutes before the regular start. They’ll run their race (either 5k or 10k) and get to their volunteer spot as soon as possible. Remember, volunteers receive a $40 ORRC race credit to apply to any ORRC race in the next 12 months!

The course will be marked with tall cones and flagging and traffic cones for turns, along with signs like “turn right,” “continue straight,” and “stay on the wood chips.” Agility cones will be along the segments that are not part of the Fanno Creek Trail, to keep people on course. There will be one aid station on the 10k course, which 10k participants will reach around mile 2 and mile 4. There are permanent bathrooms at the Dirksen Nature Park play area, which is where the aid station will be set up, shown below. 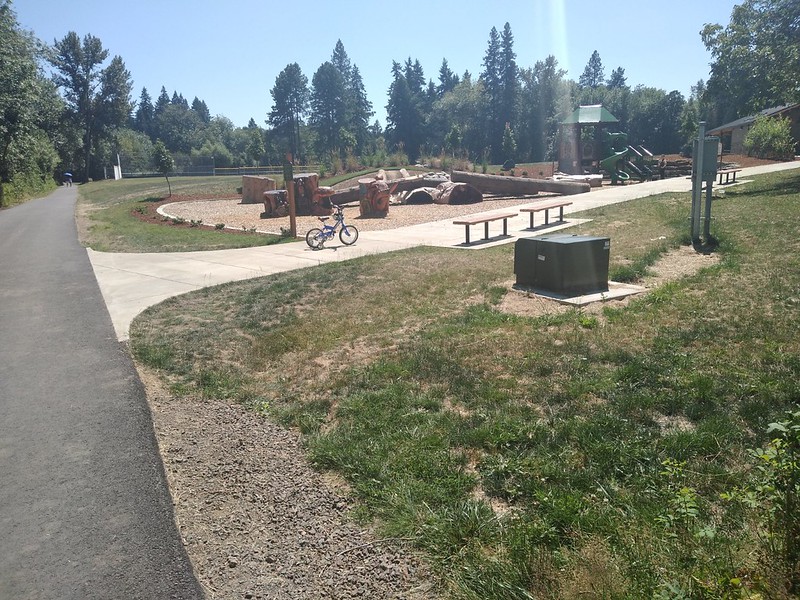 All participants get a coffee from our on-site coffee stand (like, legit baristas, not me) and delicious breads and bagels from Franz bakery. We were hoping to have their Grilled Cheese Truck, but the truck had to cancel due to some “truck issues.”

Prizes include gift cards to Ranch 99 – our main sponsor – and to other local stores we love like Portland Running Company. We’ll also have gift certificates for Kea Peak visors, Starbucks, Born to Ride, and other places for prizes. There’s no awards ceremony though – we won’t know until the last runner and walker cross the finish line. That’s because there’s no mass start at this race – you start when you want to start during the start time window! For the 10k, that’s 7a-8:30a, and for the 5k, that’s 7a-9:30a. Yes, that means you can do both races!

We hope to see you there!