I’ve been running for 15 years, and I’ve somehow never lost a toenail. But when I ran the 2019 Ultramook 30k Trail Race, I thought that luck might have come to an end. This race, held on the Tillamook Ridge, has some serious hills, and I wasn’t prepared for the going down part to be so much more difficult than the going up part.

Not that the incline was anything to sneeze at either. The 30k loop has 3,719 ft of total ascent with a max elevation of 2,114 ft according to the website, though it seemed like more. Those that chose to do the 50k had an additional 20k loop which had an ascent of 2,762 ft and 1,795 ft of max elevation. After three 50k’s in three months, the last of which was 2 weeks before Ultramook, I was happy I chose the 30k distance over the 50k because I have been TIRED. I walked up the hills. Like A LOT. I’ve gotten used to hills but they don’t get easier, and whatever goes up must go down. The “down” of the downhills was especially brutal on the tips of my toes and there were several occasions where I almost fell on my butt and toppled down.

The race begins at Hydrangea Ranch which is by the Kilchis River not too awfully far from the famous Tillamook Cheese Factory. There’s an option to camp out the day before or after the event, and it’s a quiet, beautiful little stretch of land surrounded by flowers. I chose to drive up the morning of the race so I could sleep in my own bed the night before. Check in was quick and painless. Participants receive a choice of several styles of baseball hat as well as a race shirt, which were nice swag options. 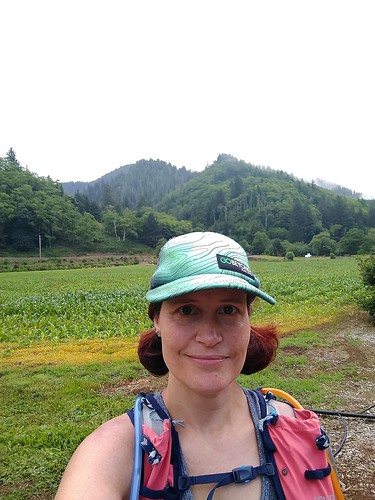 Near check in at Hydrangea Ranch. So peaceful.

After check in, I encountered a bit of a problem locating where to go to get to the start line. I wasn’t the only one having trouble, and soon a group of us were climbing up a hill and under a wire fence to get to the main road which led us to the start line, which was no-frills sign and a cone, and there were only a few runners milling around. The porta potty that was supposed to be there was late in arriving, but the race director apologized for a miscommunication and waited for more people to show up before he started debriefing us as to what was ahead. Though I loved that this event, like many ultras, didn’t have a ton of fancy fanfare or expensive booths like the bigger races, I hoped that the somewhat rough start wasn’t a sign of issues to come. 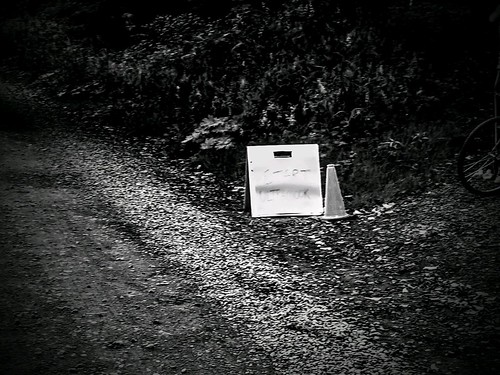 The glorious starting line for the race

Spoiler alert – the race director communicated everything very well before-hand and this directionally-challenged runner never got lost. I had previously done another event by Ultimook Events, The Three Capes Marathon Relay, and that was scenic and well organized, so I had faith that this one would be too. I was right to make that assumption, because as it turns out, the course was very well marked as well as beautiful, and as soon as we were told “go,” it was smooth sailing.

Except did I mention those hills? The terrain, I must say, is brutal. There’s a wide assortment of surfaces underfoot. First, runners will experience abandoned logging roads of mostly loose gravel. As you move along, the course takes narrower and narrower trails, some straight up hill and some straight down. There are grassy sections too, but lots of rocks and twigs to trip over, and lots of dirt and leaves and other debris too. When I was nearly finished with the forest section at the end, my foot went right through a hole on the ground that had been covered with leaves like a booby trap. I was up to my knee in forest and thankful that I was really moving slow at that point, as I fear I could’ve broken my ankle. After a lot of hours logging miles on trails the last few years, this was the first time I remember telling myself that maybe I was getting better at navigating through this rugged earth. Slow and steady is the name of my trail game, and this event is a good one for those of us who are more conservative and careful in our footing. Most of the trail was very uneven and required some careful attention. 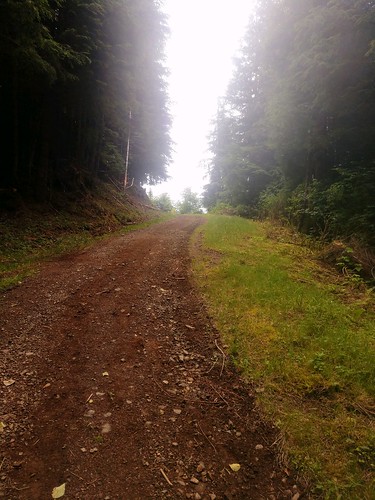 One of the smaller hills. Light at the end of the tunnel.

That being said, this is a beautiful race, worth all the effort it takes to find the finish line. There are three coastal peaks and two of them, Top of the World #1 and Top of the World #2, live up to their names. The greatest views can only be seen by climbing up the tallest mountains. These two viewpoints are towards the end of the race, so it’s a bit intimidating when you think too hard about it, but I always say it’s the journey that makes the destination worthy. The Ultramook saves the best for last in that regard. 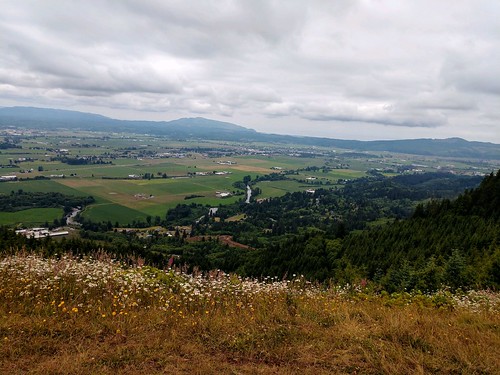 There are only 3 aid stations, plus one right at the very end, so make sure you plan accordingly. I actually managed to get my nutrition and hydration dialed in pretty well for this one (yah me!) and the volunteers were all super friendly and helpful.

At the very end, when I was so ready for the finish line, I was greeted by a river crossing which felt amazing on my feet and calves. Participants should be careful here though, as the rocks are slick, especially on tired legs. The finish line is almost immediately after the river crossing, unless you’re doing the 50k, in which you must take one victory lap around the dirt track before you get to be done.

Afterwards, I got to enjoy some food and drink after I was given my medal. It was an awesome race that I’m glad I got to experience. The Tillamook Ridge and Tillamook State Forest did not disappoint. And for the record, all my toenails are still intact. 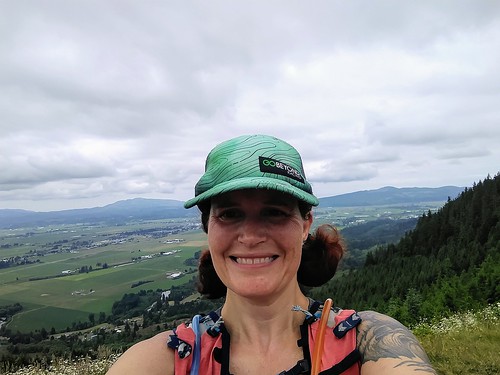 Top of the World #1 and still smiling