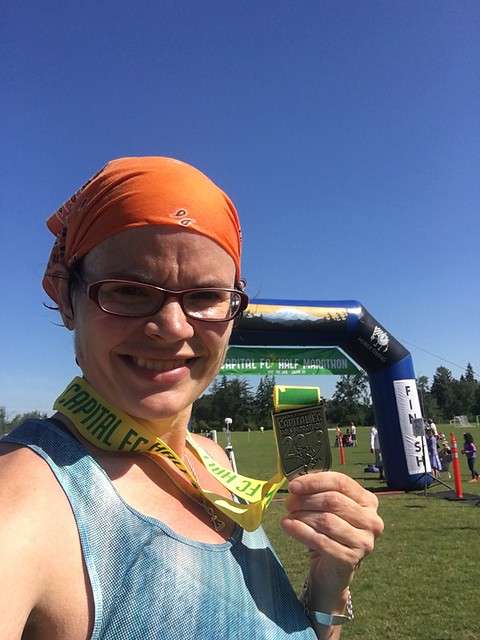 When another Run Oregon Blogger posted that they had a free entry for a Capital FC Half Marathon to share, I checked that the morning was free then responded with a subtle “Pick me!” Later on, I realized that the race was on the morning after Starlight Run and Starlight Parade. Not my best life choice but a fun adventure.

I drove down to Salem on Saturday night about 11pm, after the parade, and was able to get a few hours’ sleep at an Airbnb before the 7:30am start time. Despite living in Portland for over 10 years, I’d never been to Salem before. I was excited to visit a new part of the area, and running (in my humble opinion) is the best way to get to know a place.

The Capital FC Half Marathon began and ended on the field at the Capital Fútbol Club Soccer Complex in East Salem. The 10K and 5K runners started a little later in the morning so there were just over 100 of us lined up. An announcer provided instructions about the course, emphasizing that there would be cars on the road but they should be minimal on a Sunday morning. We headed out under the arch, across the field, and onto a sandy trail that would be our first mile of the course.

After that sandy mile was the only real trouble of this race: which was to turn. The announcer had told us to follow the signs with the same color as our bibs. Our bibs were yellow, with a green strip at the bottom. The yellow sign pointed left, the green sign pointed right, and my memory of the map said go right. The majority of runners headed to the right, so with a quick wish to see a Mile 4 sign before turning around, I went with them. Around mile 6 I saw two runners headed the opposite direction of me; I guess they had gone the wrong way and managed to keep running strong until their real finish line. 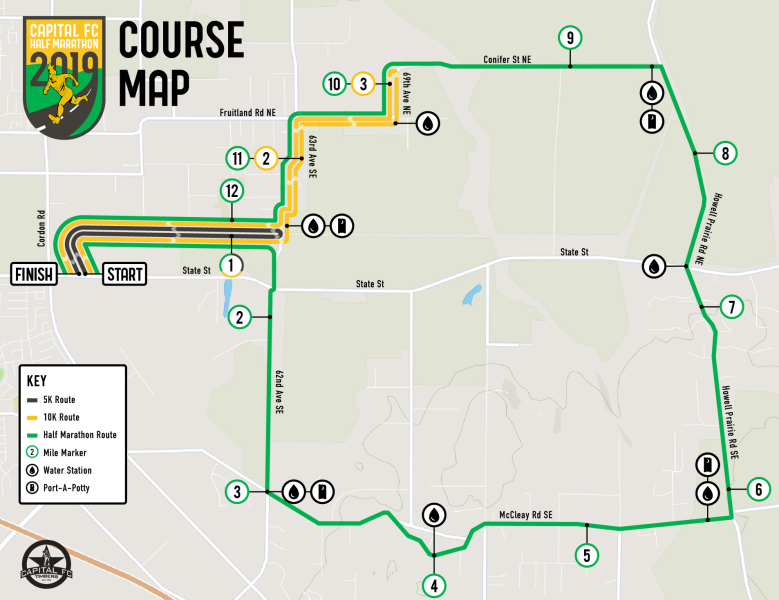 With a previous race that weekend, I knew I couldn’t (and really shouldn’t) focus on speed. Instead I came up with a mantra to focus on: Strong. Safe. Satisfied. I wanted to run throughout the race at a pace that had me feeling strong about myself and about my right to be there that morning (after nine years as a runner, I still struggle with impostership feelings). I wanted to run at a pace that was safe and to be keeping an eye on my surroundings. Our course was primarily on roads without sidewalks. The announcer was right about few cars, but it was still important to watch around turns and to be kind to the neighbors. And I wanted to be satisfied with my ending time, whatever it was. If it was 2:30, great. If it was 3:00, great. As long as I finished strong and safe, I wanted to be satisfied with the result. Those three words kept me company every time I ran up hill and every time I felt the bright sunshine beating down on me. 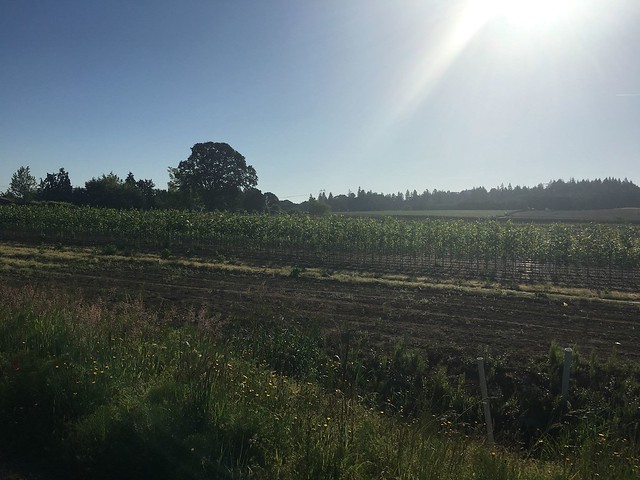 The best part of this course was definitely the aid stations. They were about every mile and a half, which meant every time I started to get a little thirsty, one was right around the corner. And there was a contest among the aid stations. As half marathoners finished, along with our medal we received a raffle ticket to vote for our favorite station. I easily picked the Pac-Man station for their brightly colored shirts, funny signs, and two brave souls in full-Pac-Man outfits.

By the end of the race, I felt like I had gotten to see a good portion of the rural parts of Salem. We ran past beautiful fields, a few horses, and a couple of llamas (had to stop for the llamas; so cute!). Now I need to find a race around urban Salem to get that part of the city. 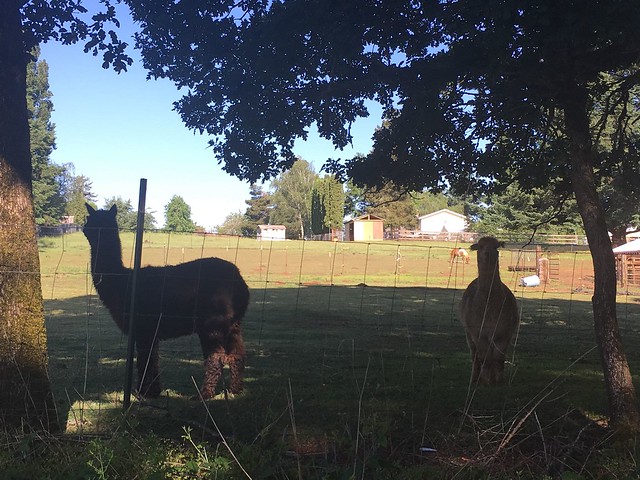 It was a fun race and I’m grateful for the chance to have been there. It was a totally worth it adventure.