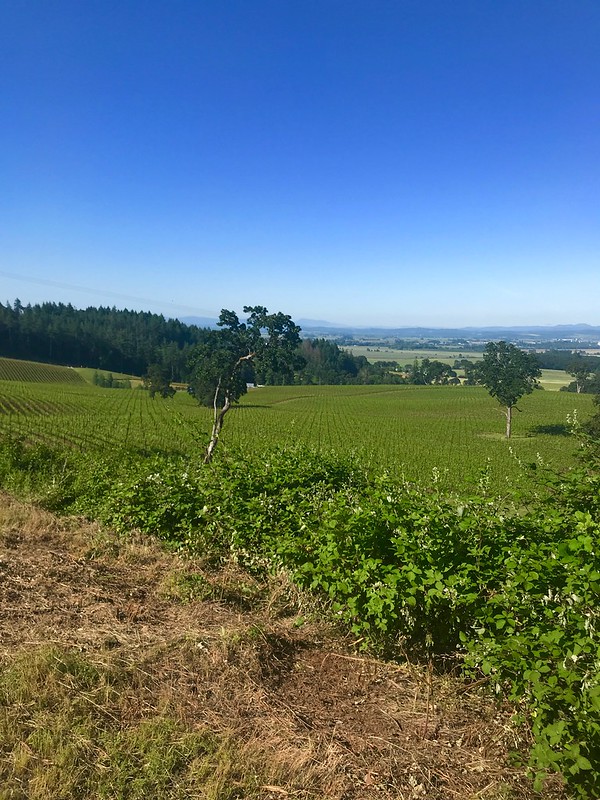 View from the top!

In what is becoming a more common occurrence for me lately, I decided the night before the inaugural Legacy Estates Vineyard Run to register for the 5k. It had been one that has been on my list since it was announced late last year. I have been here a few times to drink some wine, but knew that there was much more to the property than their tasting room. This seemed like a great opportunity to check out the grounds and get a run in before leaving for a week-long runcation later that day.

I had initially hoped that our family would take advantage of all the weekend activities (camping, live music, yoga AND racing), but time just flew by and we weren’t prepared to make that commitment. Shoot – I had hard enough of a time even getting towards registering. I am super pumped I made the jump!

The day was absolutely perfect for a run and the backdrop for the event was second-to-none. The rows and rows of vineyards seemed to stretch on forever and the hills at the back of the property felt like this location was some sort of giant natural amphitheater. 210 5k runners and another 20 10k runners (who were completing a double loop of the course) lined up at the bottom of the property and looked upwards with anticipation, and dread, at what laid before us. It was beautiful, but we knew it wouldn’t be easy. 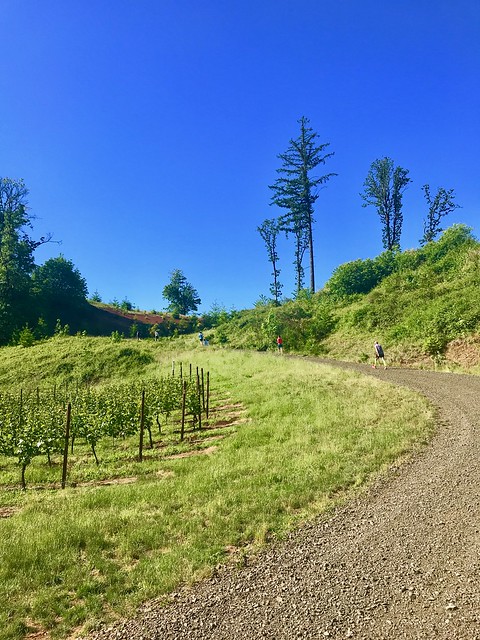 As the countdown reached zero, we took off on a small uphill jaunt right off the bat. It wasn’t steep, but it was a learning lesson as the dirt/gravel/rock mix, while great for vineyards, is not ideal for running. Therefore, each step forward was met with a little uneasiness (not in a bad way – just different), and even the first mini-ascent further showcased the challenge ahead. We veered to the north side of the property for some leveling out and some downhill running. However, having (for once) looked at the race course for once, I knew that this was going to be short-lived with a hairpin turn, climbing back towards the previous descent and then going onward and upward (see above picture) past the Fossil Block and Sanctuary.

I had settled in with a group of about 2-3 by this point and had yet to do much walking. It was not even a mile in yet, but I was going to go as far as I could. The beginning of my first walk-run-walk-run section came just before the mile 1 marker, as each turn seemed to continue upwards. It wasn’t super long, all things considered, but it was definitely challenging. As I gazed upon the first Military Challenge station, I was glad that I wasn’t being crazy by adding that on – like our very own Annette, who decided to do the 10k AND the challenges. Beastmode!

When the climbs finally leveled out, we were left with some absolutely amazing view from the top of the property. 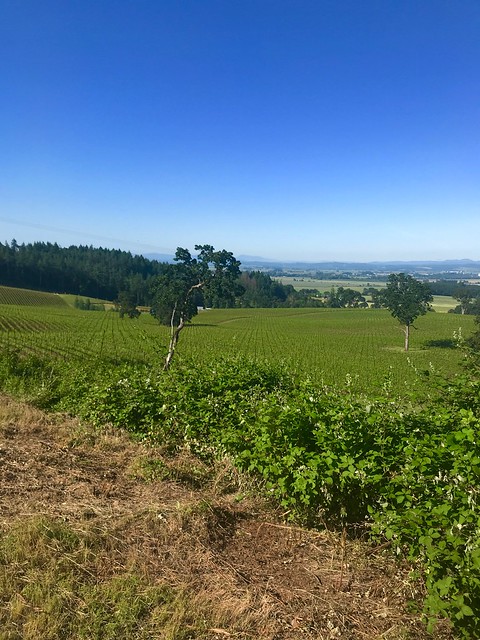 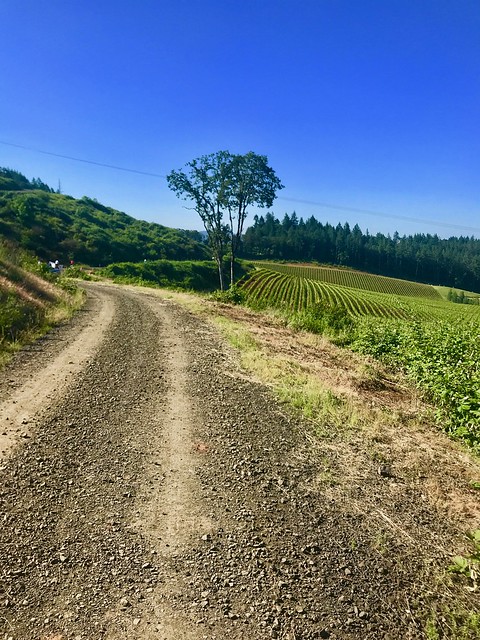 As we followed the trail along the side of the hills, I could see the long descent in the near distance. The leaders were starting to head down, but I also internally gulped, as once again I was fully aware that we had to return up that hill. Once I finally reached it, I tried to go as quickly down as I could without expending too much energy, as I knew there was going to be walking back up. 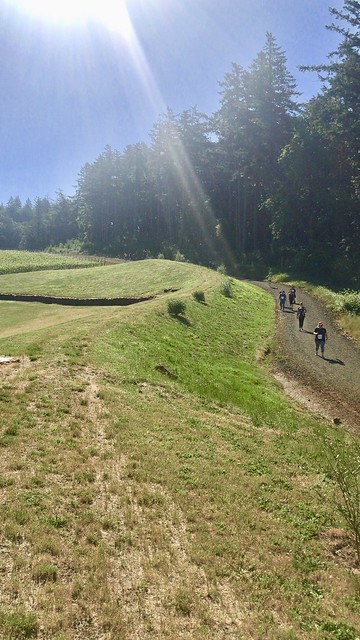 The post-race view of the second down-and-up section.

Once I finally made it back up the hill (having being passed by a couple of guys along the way), the rest of the race was actaully pretty smooth sailing. There was some minimal climbing, but after the previous hill, it was a piece of cake. I refueled with some water at the final aid station (there were three) before sailing downwards to the finish line. As I passed the split for the 10k, I was very happy in my decision.

The finish was about as pictureque as you could imagine. There was a little cove tucked in near the vines, overlooking a beautiful lake with plenty of area to stretch out, relax, and cheer in runners. Eola Hills also had wine available for tasting and purchase – which would have been ideal if I didn’t need to leave shortly after I finished. 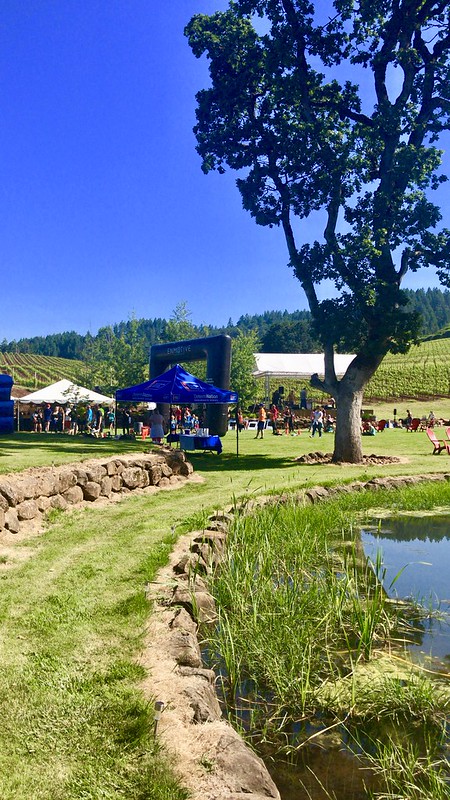 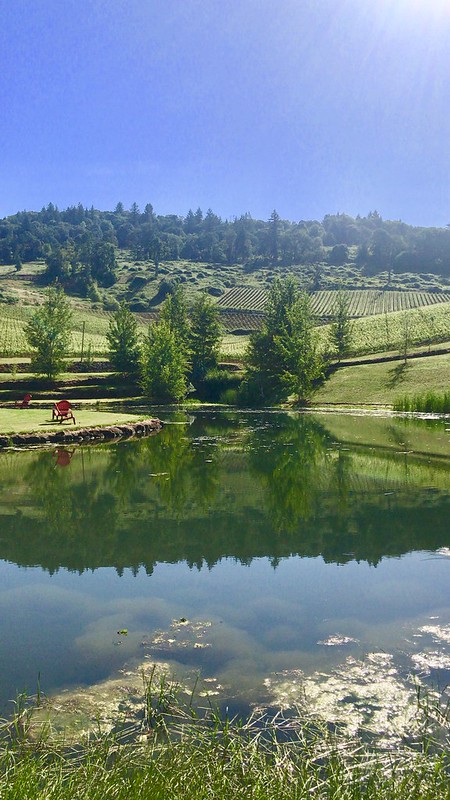 The folks at We Run Oregon (no relation) put on a really solid race. Things were super well-organized, the course seemed pretty accurate (I measured just a tiny bit short, but I know that this area is isolated enough where GPS and internet service is not the best). It was absolutely beautiful and catered to all levels of running – from those looking to push themselves on the hills and win, to those who wanted wining more than running. The shirt and medal (two things I generally don’t have much input on) were both pretty unique and awesome. I mean, how many medals can double as a cork screw AND wine glass stopper?! 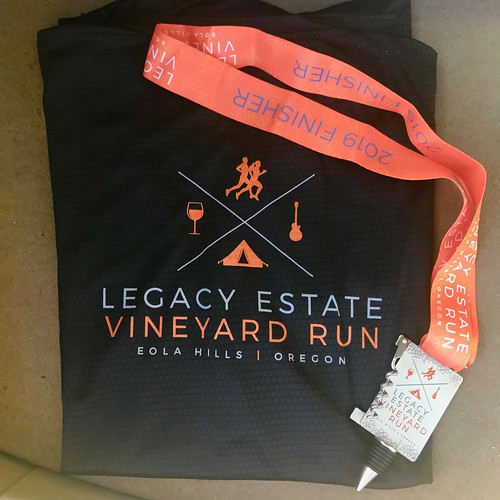 Again, I highly recommend this race and hope to come back in 2020 to experience the rest of the weekend!