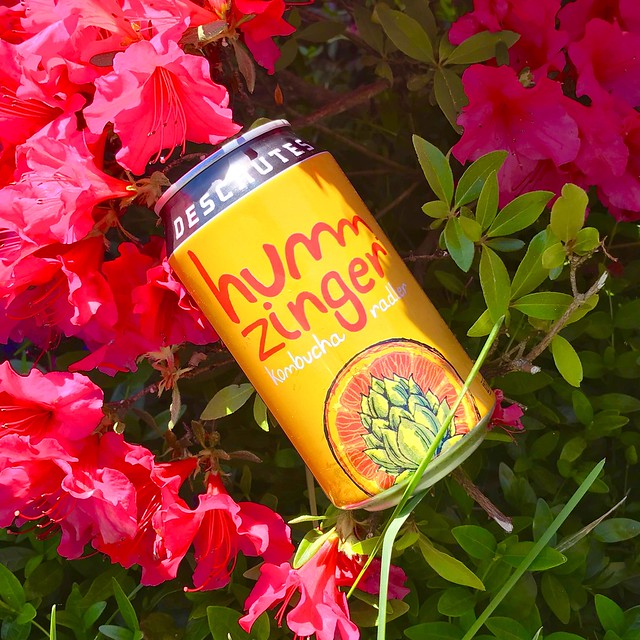 I love beer. After now having visited over 495 different breweries, it’s fair to say I have sampled a lot of beer (follow me on Untappd). From post-race pints and run club meeting locations, to beer miles and relays, running and the kegged nectar seem to go hand-in-hand in Oregon. Our Kegs and Legs feature is where beer drinking runners like me can go to find some new favorite beverages.

Deschutes (for beer) and humm (for kombucha) are a couple Central Oregon brewing staples. So when they got together this year to create the Humm Zinger, a light grapefruit radler, I was super intrigued. Radler’s aren’t a year round drink for me (and they really aren’t released by breweries until the summer anyways), but it’s time to start thinking that way.

This beer is light in ABV (4.3%) and IBU (12) but heavy on taste and refreshment. They actually combined cascade hops and pilsner malt to forge through with this beer. Honestly, if there was such thing as a “yardwork beer” style, this may be the poster child for that one.

I definitely recommend staying on the lookout for this one right about now!