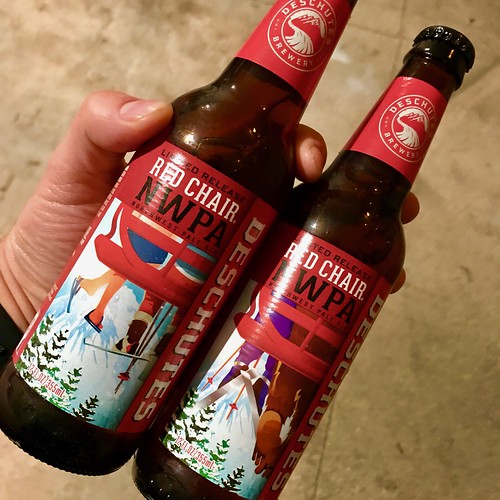 “The category is flooded now with craft brewers large and small who have embraced quirky, whimsical branding. “I realized that, in order to differentiate ourselves and grow, we needed to evolve our marketing approach, starting with the Deschutes branding and packaging,”

The above is a quote from Deschutes Brewery founder Gary Fish. Deschutes is kicking off 2019 with a bit of a rebrand on their packaging – a simple streamlining and updating as opposed to a full on overhaul. While store shelves and bottle shops that are using beers as a canvas for unique and bold art expression – this can be cool and visually overwhelming at the same time. I can’t tell you the number of times I have gone into a shop and at first (and even second) glance at a can or bottle, having no idea what the beer is or who made it. This Deschutes modification aims to put the brand as the focal point and then let the artwork and design provide some hidden surprises to connect with the beer drinker. The first thing I personally noticed was dropping the “Brewery” portion of their name and leaving only “Deschutes” with a brighter font and more prominent display. From their press release:

“For clarity, we shortened the name on packaging to just Deschutes, which gives the name a bigger, bolder and more iconic presence that equates with its heritage and legacy as a true pioneer. The new packaging design is a striking red and fresh blue, reflecting the colors of the soil and sky of Oregon, while also communicating refreshment, which is something often overlooked in most craft beer branding,” says Thorneycroft. 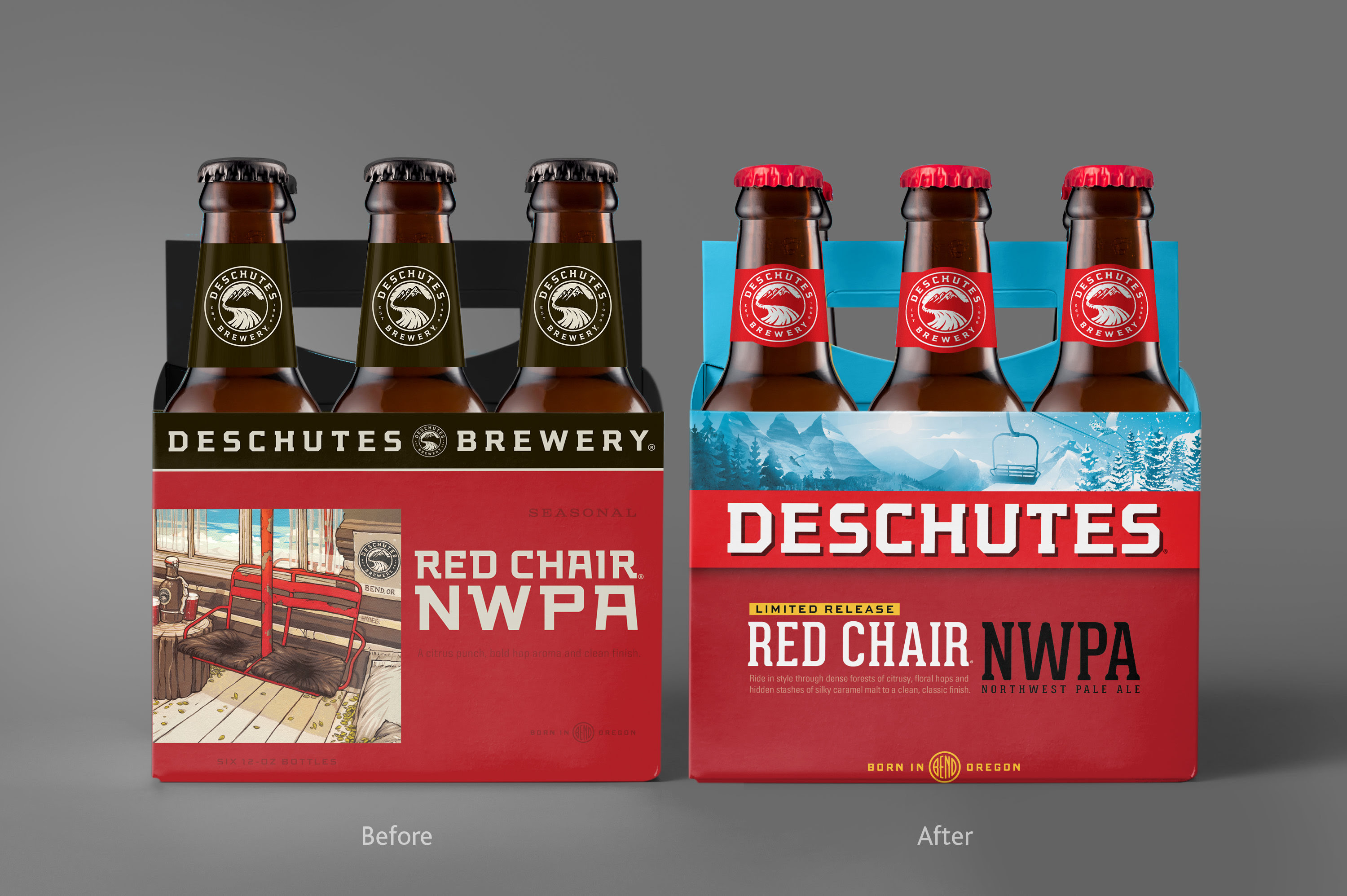 Their seasonal Red Chair NWPA, which we recently received, is the first beer with this updated packaging. From their press release:

The story on the new Red Chair packaging comes from the curious characters you meet while riding a chair lift at the mountain. These are unique moments when you connect with someone you might not otherwise meet – something that epitomizes the soul of Deschutes. Four different variations feature a skier or snowboarder with a person in flipflops, another in diving gear (a nod to their Mirror Pond packaging), a child in wellies, and Big Foot.

We received a few bottles to check out and I must say I really like this imaging. The contrasting red and blue, as well as the red caps and labels, really capture the attention without being annoying.  As far as the beer goes, I am happy that the labeling was the only thing they changed – not the beer itself. Red Chair was one of the first craft beers I had years ago, and it’s a nicely balanced beer with citrus hops and floral notes, but without the hop-bomb on the back end.

Red Chair is only available through April so be sure to jump on it ASAP! Also seek out their new labeling on shelves around the area.