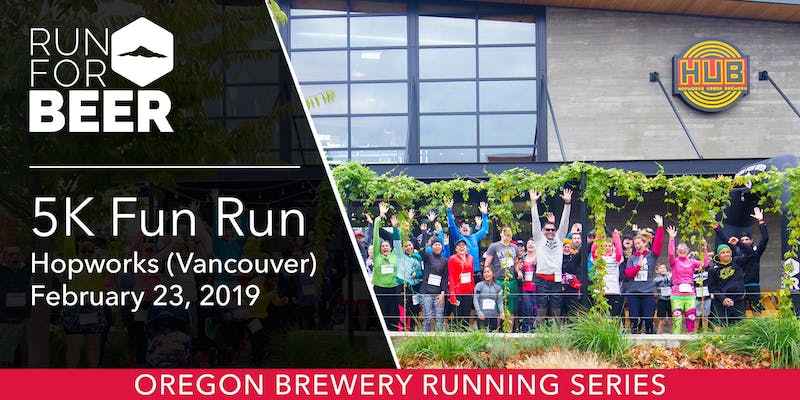 Last week saw us featuring a beer from Laurelwood – which hosted the first fun run of the year for the Oregon Brewery Running Series. Up next is a 5k at Hopworks Vancouver, home of THIS WEEKEND’s event!  Here are some highlights from our race preview:

At the Hopworks Urban Brewery 5K this February in Vancouver, the finishers’ party includes live music, food, raffle prizes, and a swag item along with that beer. Participants need to bring an ID for the beer, but you do not have to be 21 to participate in the race.

Matt ran this last year and had this to say:

The course was actually pretty great. You could technically run the entire race without setting foot on a street – and even those spots when you could run in the street, I never saw a car in those spots the entire time. The start and finish line was just west of the brewery, and a tiny little “U” spaced things out a little bit and put runners on some sidewalks on Mill Plain Blvd. Shortly thereafter (though not before a few complaints of “I’m tired”… within 90 seconds of starting), we hit SE Tech Center Drive for a pretty flat jaunt. In fact, though the race course looked confusing for someone not familiar with the location, it was a cinch – with long straight stretches and helpful volunteers at any area requiring a turn.

With just about a mile to go, we left the streets and hit a paved path that took us alongside Columbia Valley Elementary School and the Columbia Tech Center Park – a large open expanse with an awesome play structure that we vowed to come back to. We could see Hopworks in the distance, and we decided to pick up the pace for the last downhill to the finish.

In general, these events are a lot of fun and not a lot of complexity. With an 11am start, you will be done right in time for Happy Hour…somewhere. Packet pick-up is that morning, so be sure to arrive at least 30 minutes in advance. There is lots of available parking, but there will not be a bag check so dress wisely. And it’s an open-course so walkers, joggers, and runners will be on sidewalks and need to obey traffic laws. 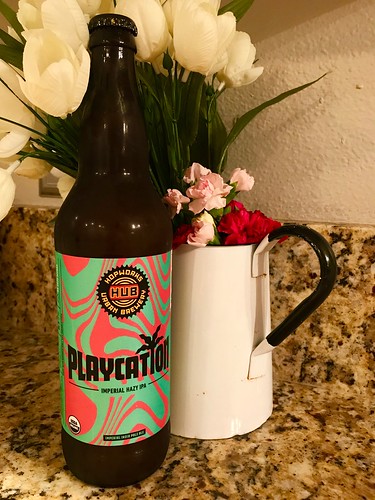 The haze craze is here. We talked about Hopworks’ Staycation last year, and this year seems perfect timing for their new Playcation – an Imperial New England IPA brewed with huge amounts of organic oats and wheat malt. I must say that I have definitely come along with the new style and my 2018 was pretty full of sampling the varieties across the landscape. This is one great option in the genre, with an orange-y pour, powerful citrus nose and a nice finish – even with a powerful 8.5% ABV. It’s a knock out for after the event this weekend!

See you at the race!