Logging miles wonderfully planned by our friends at Daybreak Racing is always a good idea. I was lucky enough to be part of the inaugural Wy’East Howl 50k a few short weeks ago and, as always, highly recommend their events. This particular one has some changes for the 2019 event, which I’ll talk about later, but here’s my recap of the 2018 race, which, despite my own personal struggles, was a damn good time.

On Saturday, October 6th at 7:30 in the morning, a bunch of strong, impressive runners stepped off their school buses and gathered around a guy with a microphone, waiting. It was a perfect fall day, foggy, a bit of a chill in the air, but we had a big climb first thing so everyone was underdressed, bouncing up and down to warm up until we eventually got the word: “Go!”

I knew it’d be a long day for me. I hadn’t adequately trained for the 8,000+ feet of climbing, especially when the climbs come early. This 50k+ had a cutoff of 10.5 hours, which seems like a long time, but this course just wasn’t messing around. We took off up the hill and the day began!

The race description promised beautiful views of Mt. Hood, but we were surrounded by fog and misty forest all day – though I could see where the vistas would have been. This is in no way a complaint, as those moody gray days are my absolute favorite to run in. I waited all summer for fall running and the day delivered. 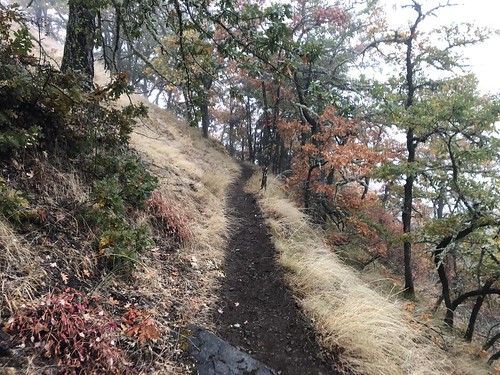 The initial climb did not seem as relentless as I anticipated. The fall foliage was gorgeous and the singletrack was soft and runnable. Aid station 1 came and went (it was a genuine party with Wy’East Wolfpack in costume, ready to help, motivate, and most importantly, fuel!).

Coming into the next aid station, 6 miles later, there were a few other runners and we all had the same consensus: AS2 was about a mile early. I understand GPS devices can be off, especially when running in the woods, but with several of us showing the same discrepancy, one had to wonder. This then begs more questions about when the next one will be – in 7 miles as promised, or at the correct mileage, making it a mile longer? With AS3 being a cutoff, it seemed like it could be an issue for racers at the tail end.

Not lingering in an attempt to stay warm, I took an Oreo for the trail, thanked the wonderful volunteers, and headed out. I was once again running solo and ended up in a bit of a funk during this section. I often talk about how I have a personal rule of not racing with headphones and I nearly broke my rule on this section. I ended up with a horrible headache and the miles weren’t ticking away fast enough, I was desperate for a distraction. Is it the altitude (training in Portland and racing in the mountains is a terrible idea)? Did I not eat enough? Am I dehydrated? Would caffeine help? Would ibuprofen help? Would ibuprofen make me sick if I haven’t eaten enough? I’ve never had a DNF before…how much would I be bothered by this? Do I have it in me to finish this race, with hours to go? 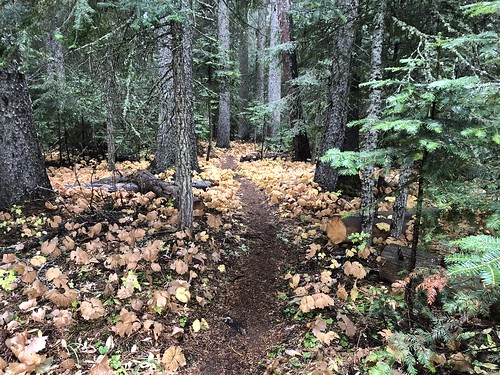 The thought of dropping during a race had never happened to me before. I wondered if Wy’East Howl was going to be my first as I stopped every few yards to double over, lean on my poles, head pounding. Eventually another racer was in sight and I caught up to him, yearning for some solace and solidarity. He was limping, plantar fasciitis acting up, and we traded stories about our past races, current struggles, and other thoughtless small talk to help the minutes and miles pass. Finally, AS3 appeared. My hands were frozen, my head pounding, my heart heavy. The words were on the tip of my tongue – “I’m not going to continue. How do I get back to the finish line?”

My new running buddy took some ibuprofen to help his feet and I followed his lead. I was feeling warm after standing by the heater, getting some food in my belly, and refilling my drink bottle, and without a second thought, we started to run down the trail toward AS4. I guess my DNF will wait for another day.

More leapfrogging, more small talk, more actual running, and one confusing moment where the trail forked and we were without a marker later, I was alone again but feeling infinitely better. My headache was gone, but I was now anxiously doing “runner math” about pace, distance, and timing. At some point I acquired a new running buddy and her pace and positive attitude turned my race around. Without these two, I would have had my first DNF and I owe them each a drink in their new pint glasses for saving me. 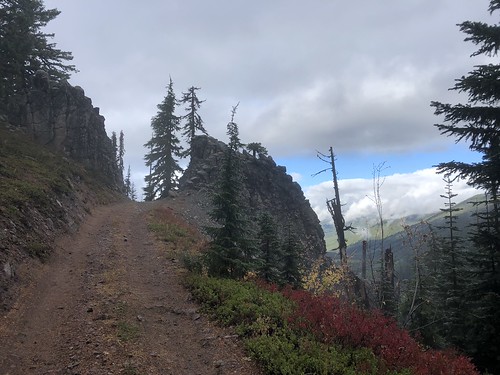 We ran into AS4 and had just 7 miles to go. I had a bit of quesadilla, chatted briefly with another RD who was volunteering there, and we hit the trail for home. More beautiful singletrack, a bit of gravel road, a bit of pavement, a tiny but steep scramble, past the waterfall, around the entrance to Mt. Hood Meadows, and up to the finish line…my watch read 34 miles and an unreasonable number of hours. It was over! I was handed my pint glass, my “medal” (a cool wooden bottle opener), and a big congrats from the RD. Smiles and photos all around! 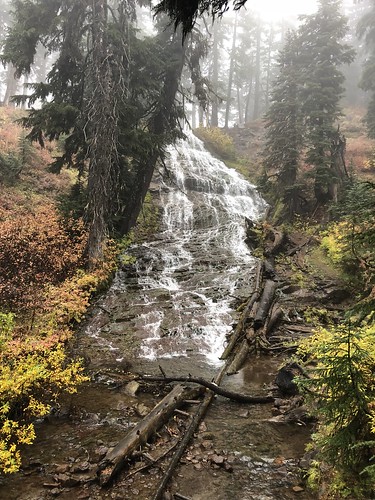 Inside, I found my bib number on the white board and collected my raffle prize. I sat by the window, sipping my chocolate milk, and giggled at my car in parking lot – lonely, as I was at the back of the pack and so many racers had run, ate, and left by the time I even crossed the finish line! I hope to be like them one day, but until then, I’ll keep loving my own progress and running my own races (and remind myself to train for the hills)!

Results and photos for the 2018 event can be found here. A big thanks to Daybreak Racing and all the volunteers for another great event!

For 2019, the Wy’East Howl will be held on July 27th with a slightly different course (and a little less climbing) and will also feature a 100k option! Registration opens on December 1st so head to Ultra Signup and put it on your watch list. Fingers crossed the July date will deliver on those views!