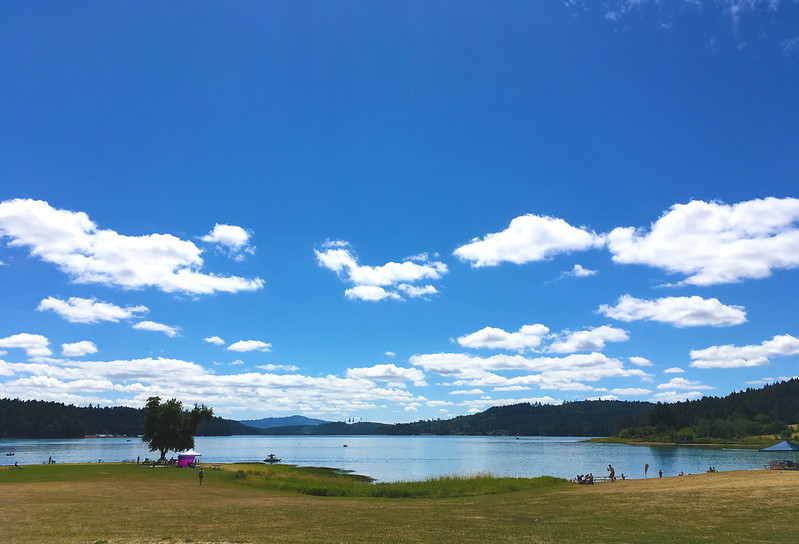 This was my first time competing at the 36th Annual Hagg Lake Triathlon & Endurance Sports Festival. Hagg Lake and the surrounding area is beautiful so I was excited for the opportunity to compete at this event. For those looking for a challenging course, this one delivers with its many hills.

The triathlon started with a quick swim in Hagg Lake. The water was warm at 71 degrees and the course was well-marked and easy to follow. Women age 40 and over were grouped with the noncompetitive friends and family category that went last. I wasn’t excited about going last and was kicked in the face a few times trying to pass people from the groups that started 3 and 6 minutes ahead. I’d rather have wave times based on age groups and/or swim times.

The bike route was hilly, which I knew from previous rides at Hagg Lake, so I knew it was going to push me. We were assigned to ride left out of boat ramp C which leads to the very large hill just beyond the entrance to Hagg Lake. It was challenging, but as one athlete put it, “With every uphill there is a downhill.”

The run portion also began with a steep climb immediately out of the parking lot onto the main road. It continued with two more challenging climbs on the way out and upon returning to the finish line. Even with the hills, the run felt quick which was nice since the day was getting warmer with each passing minute. 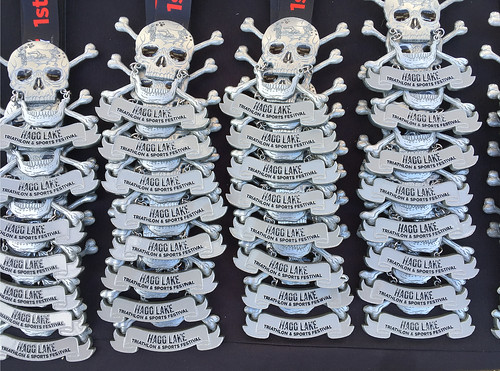 There were large beach mats on the lawn near the awards podium for racers to stretch out on. I rarely take time to stretch after an event and before the long ride home so it was great to have the space and time. Why Racing events are a fun and memorable experience. For athletes looking for a challenge and strong competition, I recommend this event. 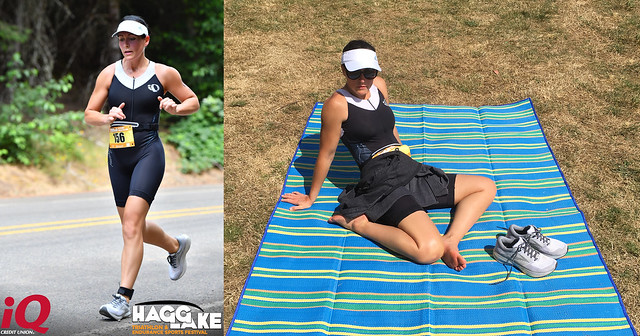