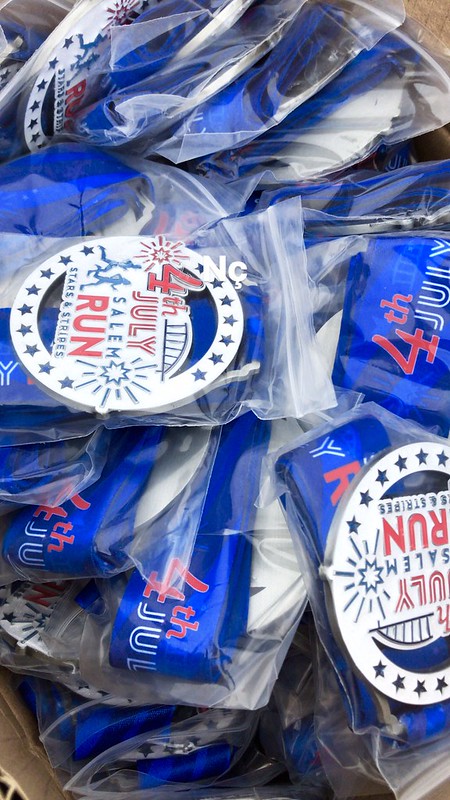 With my family taking a pre-Independence Day trip to Utah, we weren’t sure if we were going to be able to make it back for the inaugural Salem Stars and Stripes 4th of July Run,which started and finished at the amphitheater at Riverfront Park. Luckily for us, we pulled ourselves out of bed on the 4th of July and made our way to the event.

Like I mentioned in my preview, this year’s race coincided with the rebranded Cherryfest NW (historically, the Bite and Brew of Salem), which always had a 5k. However, it wasn’t a focal point and with a renewed energy the race became a destination. The morning was perfect for a race and there was quite the crowd gathered. The race had a larger turnout than anticipated – almost 300 runners for a first year event (which led to some shirt challenges – but they are remedying this and ordering/sending shirts to those who didn’r receive).

After a short warm-up session, runners lined up and hit the pavement for a quick looping 5k. There were two options – a standard 5k and the 5k Challenge, which added 3 military Style challenge stations along course. The Oregon National Guard assisted at each station and runners completed the challenges at each of the three stops before continuing their run. 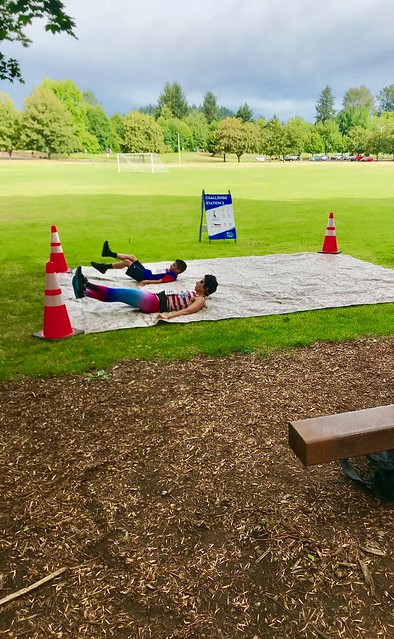 Me and my 8-year-old opted for the standard version and we enjoyed the course. I will admit that I run portions of this course almost every single work day, but it was all new to my daughter. We started by running through Riverfront Park and made our way over the Union Street Pedestrian Bridge into West Salem. We circled through Wallace Marine Park on some paved trails and non-car roads before connecting back to the bridge and heading back downtown. The final stretch was met with park walkers and event staff cheering all the runners on!

All-in-all, this is a relatively “simple 5k” in Salem – it’s a common course for those of us who live here. However, I still had a great time and know that those who aren’t serious runners or who don’t live in the area will be treated to a great run. 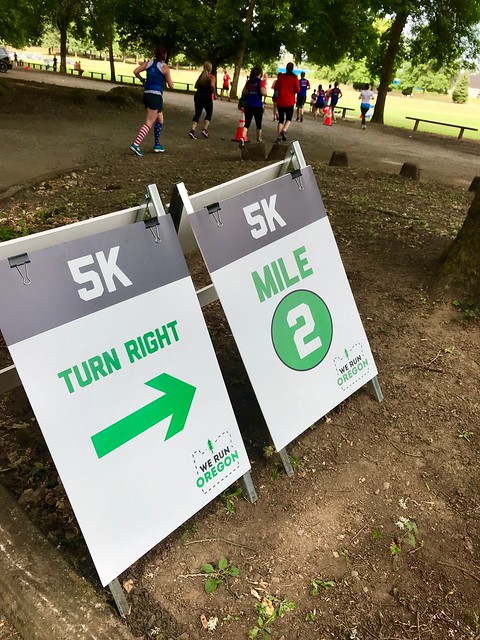 On top of the run, we got some super nice medals, awesome race shirts (super funky and cool!), as well as our bibs being tickets to Cherryfest NW (which were good for any day Wednesday-Sunday, not just DOR). Before we left, we picked up some refueling snacks and I scored a free beer or cider within the event. We headed back later in the weekend to check out the diverse live entertainment lineup and watch some talented individuals compete in the cornhole tournament.

As a Salem-ite, I’m excited about the possibilities of the rebranded Cherryfest NW, as well as making this a 4th of July staple. We will definitely be back!