The Luck of the Irish was with all participants for this year’s Portland Shamrock Run. Celebrating its 40th year, the 2018 Shamrock Run was the most beautiful weather Portland has had in a while. Usually, I am pretty hesitant to sign up for this race, but in the end I seem to always wind up signing up last-minute anyway. For me, weather plays a huge factor and thankfully this year did not disappoint.
Every year, this event brings out thousands of running enthusiasts – all shapes, sizes and all in one color … GREEN. Even though this year’s Shamrock Run landed on the day after St. Patrick’s Day, it still attracted many for this family-friendly event. Although it was challenging not drinking on one of my favorite holidays, the post-race beer was so worth it!
The Fitness Fair within the Oregon Convention Center contained a ton of vendors, as well as packet pick-up. You expected everyone to be picking up packets all at once, but when I arrived I found it was actually the opposite. Thankfully, my schedule allowed me to do pick-up on Friday and I was one of the first to arrive. There was wide time frame for people to pick up, and it was nice to not have to worry about getting my packet on race day.
Race day arrived, and I was happy to get to at least some sleep in. Usually half marathons are one of the first races in a multi-race line-up with early start times, but this is not the case for this event (9:20 am). I found parking easily and headed to the start line. As my luck would have it we were already lining up when I arrived … great timing! I met up with some of my friends by sheer chance and the start gun went off.

Most participants wore extremely festive costumes and, of course, the color green. It is such a nice distraction to see what people choose to wear during this race. I, however, choose practicality over festivity. Nonetheless, it is a highlight to see runners in costume. One guy was even dressed in a nice white button-down shirt, complete with green bow tie and a bright green kilt. The costumes and clothing choices this year were amazing.
The Shamrock Half is one of my favorite courses. It starts on Naito Parkway in downtown Portland, runs in the industrial section heading north, then loops back to head up Barbur Blvd. After Barbur it loops again, to go on Terwilliger (my favorite part of the race), then heads back to Barbur before the sprint to the finish line. This race has some hills, but they are very misleading when you hear people warn you about them, becausevthey’re very gradual. There is also a steady decline at the end of the race. This course includes a little of everything, which is why I love it. Hills, flat, gradual incline and decline, not to mention the views. Especially near OHSU, where you can see the Tillikum Bridge and Mount Hood.
The start of the race was on the cooler side. I unfortunately was not sure of the weather and decided to wear my rain jacket, a long-sleeve top, and running tights. I was so hot by mile 4 that I knew something had to come off. Thankfully, my rain jacket is very lightweight, and I did not even notice it for the later miles when it was tied around my waist. There were water stations throughout the course, and they had volunteers handing out cups at each one. The miles were well-marked, and I had my running watch to track as well. The best part of the race is the final few mile descent, and the last mile being able to see the finish line in the distance.

When crossing the finish line, all participants are immediately greeted by cheers, plus volunteers handing runners their medals and offering congratulations. This year’s medal was MASSIVE. The half marathon runners received the “Triquetra” or Trinity knot, while the 15K participants received a medal with two shamrocks. They each had bottle openers. Wearing mine after the race at the after-party, I felt so accomplished.
“Cheers to 40 Years” was the obvious race motto this year and it certainly delivered for me. This year was one of the best in my opinion, and not just due to the weather. The officials really know what they are doing to manage tens of thousands of runners. All things considered, this event is very well run, and comes with great goodies and an amazing post race party. I am very excited to run next years 2019 Shamrock Run! 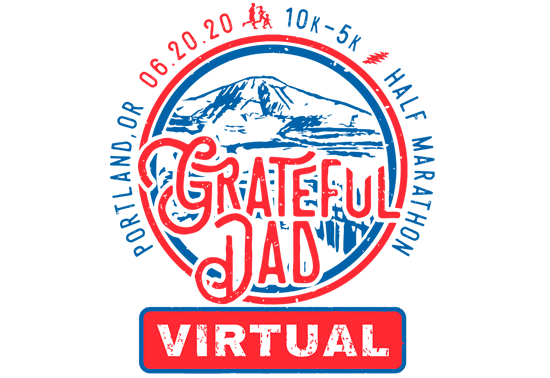