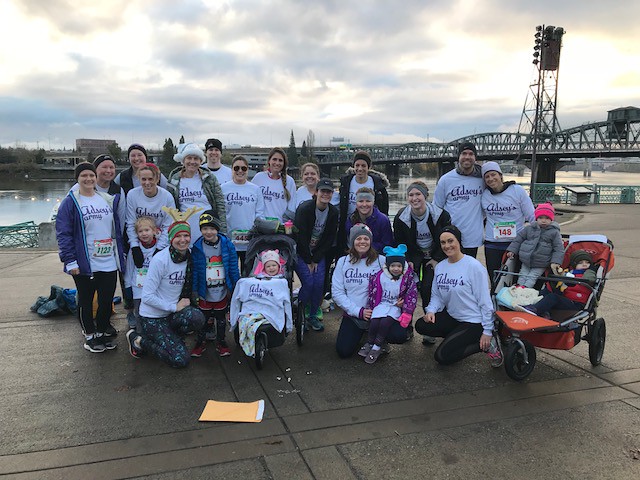 December is blustery and cold in Oregon and the race scene is a little sparse.  However, if you want to run a race and support a great cause in the last month of the year, the Jingle Bell Run is the perfect one to do.

The Jingle Bell Run supports the Arthritis Foundation, which is a very important cause that is often under-acknowledged.  This year myself and a group of friends ran in honor of a sweet little girl in our group that was diagnosed with Juvenile Arthritis.  This wonderful and sassy girl, Adsey, and others just like her will deal with swelling and pain in their joints.  Not a fun condition, especially being a two year old.  We were delighted to support the Arthritis cause by running a 5K in the heart of downtown Portland. 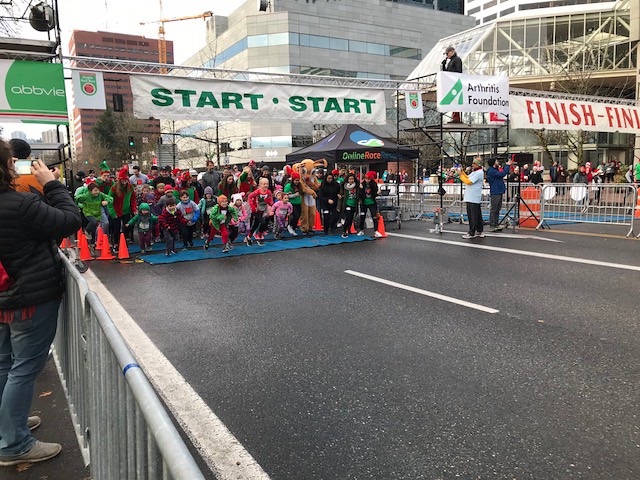 The race was held on December 3, 2017 and although December usually brings rain, it held off for us on this cold but dry morning.  Race day started with the most adorable kids “Run with the Elves” race.  This little out and back had the kids standing at the starting line in pure anticipation as elves and reindeer hyped them up.  After a countdown, the mini runners and their adults were off!  They did a little out and back run and finished, each earning a finishing medal.  It was really cute and one of the most participated in kid’s race I have seen.

Next, the 5K racers lined up at the starting line.  There were no reindeer hyping us up but we were ready and excited enough to get warm.  The race started out quick with lots of fast runners in the field.  The course was flat and ran along downtown and the river before cutting up and over and returning back down the long stretch of Naito Parkway to the finish line.  A few runners wore holiday-themed outfits, which made for fun holiday cheer as we ran. The course was quick and flat.  After the race there was a cart with grilled cheese sandwiches and people bundled up and rushed to return to their warm homes and out of the cold.

The Jingle Bell Run is such a fantastic run.  It is simple but well put together and organized.  Everything happened at the time it was supposed to and there were no issues with the course other than a slight annoyance by people that got stuck by the MAX train.  Other than that, the race was fantastic and the team and racing spirit was truly alive throughout it.  This race is small but fierce.  I can’t wait to do it again next year! 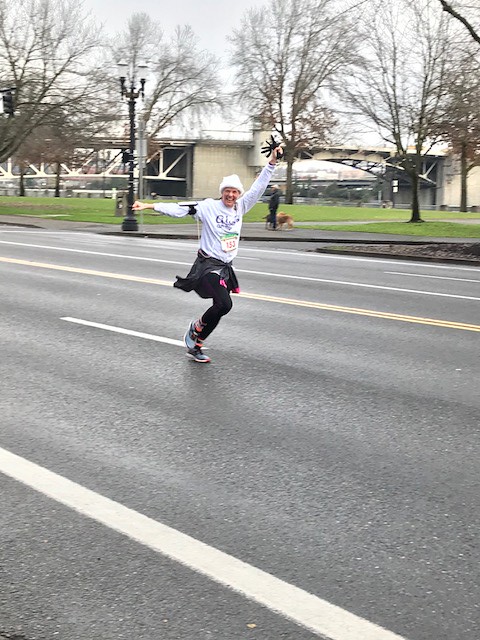