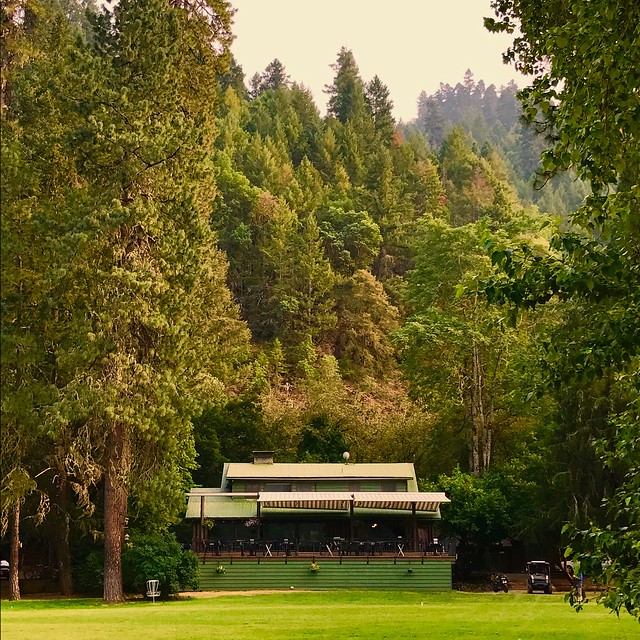 The next installment of this series is the Morrison’s Rogue River Lodge. 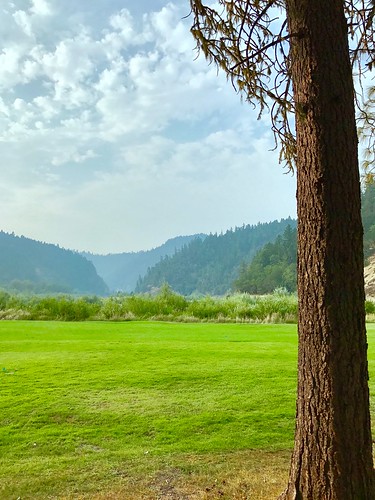 Here a few local races to check out for your next run-cation:

These are just some of the larger races in and near Grants Pass. If you extend yourself another 30-45 minutes past Grants Pass (and into Central Point/Medford), there are many more races. We recommend checking out the Southern Oregon Runners race calendar for the best local contacts for their races.

Morrison’s Rogue River Lodge is located 16 miles downstream from Grants Pass along the banks of the famed Rogue River. It is also about 18 miles SE from the start of one of the most mesmerizing and wild 40-mile trails in the state – the Rogue River Trail.

There are actually some other nearby trails that may interest you as well, if you are looking to explore:

Morrison’s actually puts on their own guided hiking trips, with some awesome options like a variety of 4-day trips and “wiking” (i.e. wine and hiking)! These generally occur between May and September, so you may start being on the lookout for 2018. 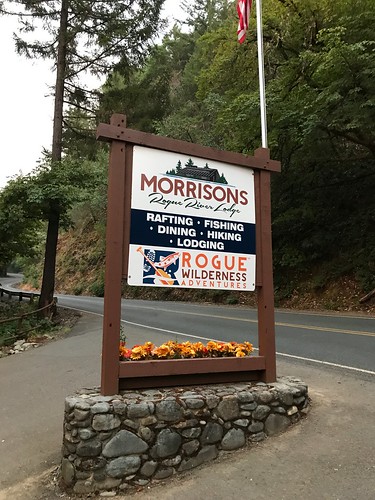 I stumbled upon Morrison’s Rogue River Lodge during a recent Southern Oregon trip. While I had heard of their rafting trips before, I wasn’t aware about their historic lodge and individual cabins. As we wound through the canyon and down along the Rogue, we were mesmerized by the property and the cabins, which were tucked away amongst evergreen, maple, and oak groves. It’s definitely a place to go to escape from the hustle and bustle of everyday life and immerse yourself in the quiet wilderness.

The lodge itself was built in 1945, when river guide and lumber mill worker Lloyd Morrison noticed that some of his fishing clients would hit the rugged and dangerous road from Grants Pass to cast their lines in this specific river bend. Despite building supplies being extremely hard to come by (thanks a lot WWII), he was able to get what he needed and got to building. Lloyd eventually added a cabin and some houses onto the property to house fisherman on their excursions. In 1964, new owners built new cabins on stilts due to recent flooding creating major problems for the area. These owners’ bloodline continue to own and operate Morrison’s still today!

There are a few different lodging options at Morrison’s with the ability to accommodate different party sizes (up to 7). We stayed in a River View Cabin – a 2BR/1BA (some other cabins are not as large), which also came complete with a living room and kitchen with mini-fridge, sink, stove top, and coffee pot. Satellite TV and WiFi was available, though we opted for more outside options (as highlighted below). AC was also available, which was nice considering the 90+ degree temperatures we were battling, and it did an admirable job of cooling off the 600 sq.ft cabin.

While it wasn’t “glamping”, these cabins seem to have all the amenities one would need for a little bit more R&R than a rustic unit could provide. In addition to the stuff listed above, the rooms were clean, the beds were comfortable, and the bathroom was stocked with good towels and all the fixings that you’d expect at a hotel (hair dryer, soap, shampoo).

We were treated to some dining options during our stay, a dinner and breakfast on this trip. The backdrop for the fine dining dinner was amazing, with the Taylor Creek Gorge and Rogue River just a few hundred yards away.

There is a choice between two entrées each evening, and the menu changes nightly. The chefs prepare the meal using the freshest and best of local ingredients, including their own produce, which their gardener tends to at their own fruit/ vegetable/ herb farm on the property. There were also a few selections of local beer and cider, as well as tons of great wine options as well. I had the salmon (all dinners run $40, drinks not included), a rice pilaf, and grilled veggies as the main entrée. Additionally, I was treated to a variety of pre-dinner courses as well, including shrimp cocktail, garden salad, (delicious) orange rolls, and finished things off with a mango sorbet. It was delectable. There are vegetarian options available, as well as 3-course lite dinners ($25) and kid’s options ($15).

Breakfast (Adults -$14 & Children – $8) is more of a buffet-style each morning between 7 and 930am. Things are pretty standard faire (eggs, hash browns, sausage, toast, bagels, sausage/bacon, etc.) but it’s all you can eat and definitely fills the belly. I’d recommend coming early as things got a little thinned out when we arrived near the end (there were apparently staffing shortages that morning that may caused some minor problems with the service, so it may have just been a one-time thing). Regardless, there was still PLENTY of food for us.  Though we weren’t around for lunch, there is an all-you-can-eat BBQ offering at 1130a complete with hot dogs, hamburgers, pizza, salad, and the like. 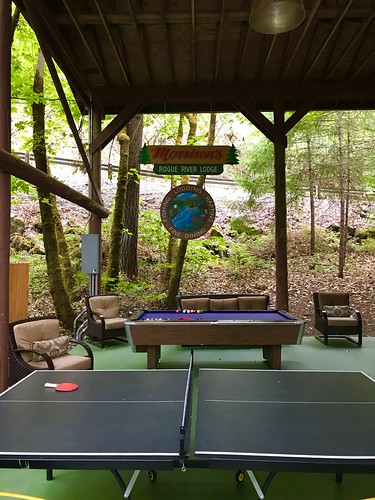 The lodge has a variety of options for playing around on their property. As I mentioned earlier, Satellite TV and WiFi are available in the rooms, but it’s a secluded camping area – let’s disconnect for a while! On the grounds there were:

While some of the activities are not in tip-top and state-of-the-art condition (the basketball rims could use a little upgrade), it was all fine enough to have a fun time. I ended up having a riveting game of badminton, something I hadn’t played in years, but had a blast!

In addition to lodging and guided hiking trips (as mentioned above) there are also other tours that Morrison’s puts on, including:

In 1968, when the Rogue River was designated “Wild and Scenic” by the Federal government, Rogue River Raft Trips, Inc. (which operated out of Morrison’s Lodge), was one of the first to use inflatable rafts to take adventurers down the newly designated part of the Rogue!

We strongly recommend checking in with Morrison’s on your next Southern Oregon runcation. You won’t regret it. The lodge is open from May 1 – October 31, so plan accordingly. Prices change according to season:

*More about the Morrison’s Lodge:

In 1964, BA and Elaine Hanten purchased Morrison s Lodge and moved in with their three young children, Mike, Michelle, and Mark. They took to guiding, cooking, and transforming the lodge into more of a resort. However, disaster struck in December that same year, when the rampaging Rogue River flooded and wiped out all the cabins, which the Hantens had begun to renovate. The water rose so high in the main lodge that water flowed well above the fireplace mantel. The lodge well-built not only survived but gained more character. With the help of a disaster loan, the Hantens cleaned up and repaired the main lodge with a few additions, building three new cabins, this time on stilts. Over the years, the business grew, and with its growth came more cabins and more manicured grounds.

For more than 70 seasons, the Hanten family has owned and operated Morrisons Rogue River Lodge. Although BA, Elaine, and Michelle are no longer with us, Michelle’s son Churchill continues their legacy of wonderful hospitality and fabulous meals at this full-service river resort.

*”More About” information taken from the company’s website. We like to let their own stories speak for themselves, because we review companies that have real personality and passion about what they do.

Here are some pictures from our stay: 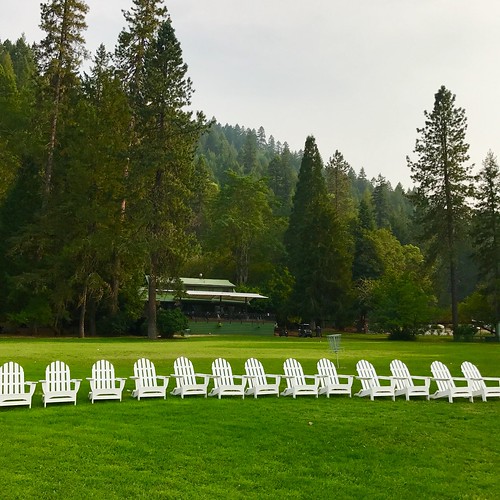 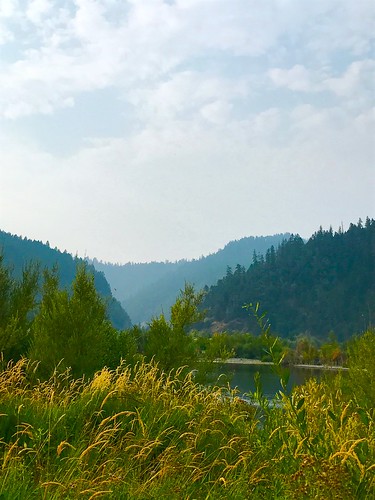 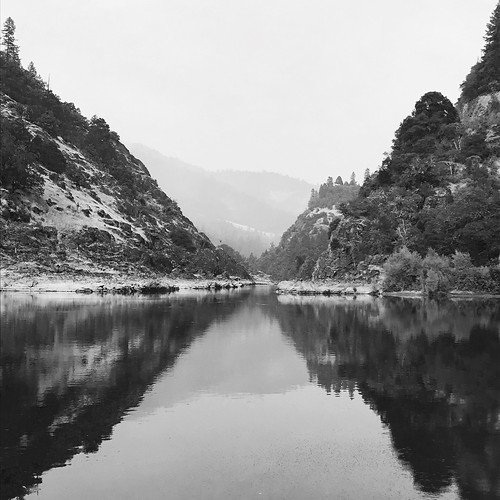 Many thanks to Morrison’s Lodge for allowing us to check out their property! Please read our transparency page for info on how we do our reviews.