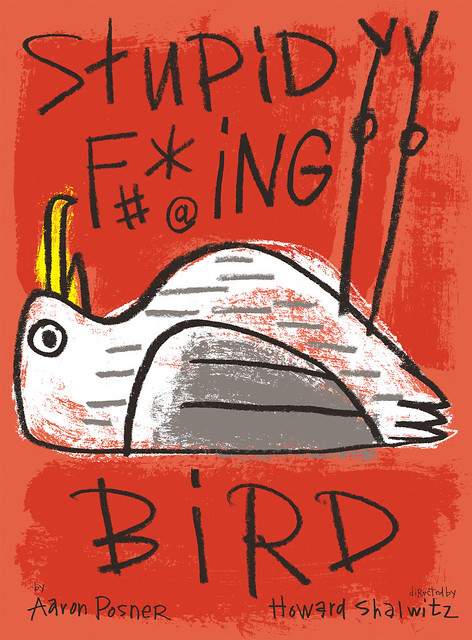 Run Oregon loves running - that's no surprise. But we also love the Pacific Northwest and all that it has to offer. Running is a part of us, but it does not fully define us. In our new "Make a Day of It" feature, we aim to showcase some great local non-running events and highlight where to run and how to make the most of your experience! The next installment of this series is Stupid F****** Bird at Portland Center Stage! Gerding Armory Theatre  is the home of Portland Center Stage where the play Stupid F****** Bird is playing through the 27th. It is housed in a historic building constructed in 1891 by Multnomah County for the Oregon National Guard.  Located on NW 11th street between Everett and Couch, stoplights and cars abound. I have never been a fan of running in areas filled with busy intersections. Fortunately, less than 11 blocks east situates you for a scenic run in Waterfront Park. Starting near Portland Saturday Market, head North to the Steel Bridge and cross the Willamette to the Eastbank Esplanade then head South to Hawthorne Boulevard. Crossing the bridge at Hawthorne puts you back on the waterfront trail where you can head North to the market for a scenic two and a half mile loop.  But why?

Bowerman’s notion on running ties right into the theme of Stupid F****** Bird: Existential Absurdism. Why do we go through the struggles we go through? What really changes as a result?  Does the universe really care about our agendas? Why do we continue on?  What is the purpose?  Does love exist? Why can’t everyone you love, love you back? How do we find meaning in all of the absurdity?

Created by Oregon born playwright Aaron Poster, Stupid F****** Bird is an irreverent play based on Chekhov’s The Seagull, set in modern day. It is full of dark humor and irony. In a great twist, the actors appear to be aware that they are in a play, and play to the audience accordingly, expressing their desires and their frustrations mostly regarding theatre and unrequited love.

Dev the tutor is in love with Mash the cook who loves Conrad the playwright, who loves Nina the actress, and so on and so forth. Everyone is frustrated and there is even a (sort of) suicide scene and yet, well, it’s sweetly funny.

Do yourself irreverent self a favor and buy your tickets now.

Run Time:
Approximately 2 hours and 30 minutes, including one intermission. (Check back closer to opening for a more accurate run time.)

If you aren’t able to get into this show, you shuold definitely check out something from PCS. Their next show opens on April 2 – The Pianist of Willesden Lane. From their website:

Set in Vienna in 1938 and in London during the Blitzkrieg,The Pianist of Willesden Lane tells the true and inspirational story of Lisa Jura, a young Jewish musician whose dreams are interrupted by the Nazi regime. In this poignant show, Grammy-nominated pianist Mona Golabek performs some of the world’s most stunning music as she shares her mother’s riveting true story of survival. Pianist is infused with hope and invokes the life-affirming power of music.