I'm pretty sure this is going to be a topic on which Matt Rasmussen and Marilyn Tycer disagree with me about ... but when I read this story about a new trend of building pub-sheds in the backyard, a personal pub was not what came to my mind. 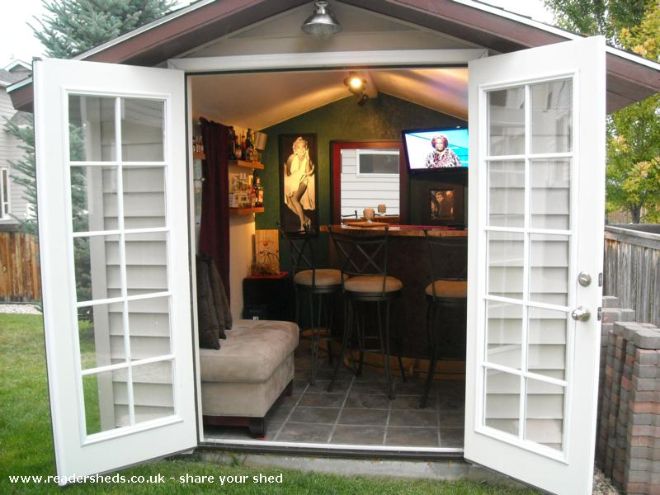 Nope, this is what I was thinking would be an awesome use of a shed (except it's missing a Concept2 rowing machine):

* Love carbs? Good, you still need ’em as a runner.

* Do you really need one of those fancy wearable fitness gadgets? Maybe not, if you’ve got a smartphone. (That said, while I still carry my smartphone with me when I run, I rely on my new GPS watch and sync the data to RunKeeper later.)

* Actually, scratch that. This is the newest running gadget that you definitely need! Ha ha!

* If you were hoping to be able to run a marathon in every country, well, that goal may not happen any time soon, as North Korea has banned foreigners from its 2015 marathon due to Ebola fears….

* I was in law school when the Andrew Martinez (aka the Naked Guy) became infamous for walking around Berkeley in the buff. Of course, I was and am far too modest to walk around naked, but Berkeley seemed like an ideal place for that if you were into public nudity. I mean, it’s pretty temperate. What this guy does is far more impressive in a way: he’s not naked, but he runs shirtless all the time … in Chicago(!).

* Are you likely to die of natural causes in the next decade? A treadmill may be all you need for a quick answer, according to this report. Hint: the faster you can run, the better your odds. (For a more technical explanation of the study by Runner’s World‘s Alex Hutchison, click here.)