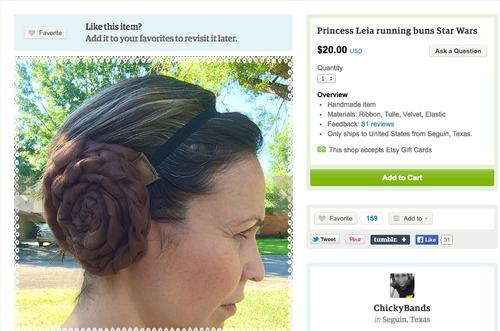 I don't know much about costume running other than what I've read here on Run Oregon,* but here's one runner's quest for the perfect Princess Leia costume - naturally, for one of those Run Disney events.

* (Well, my cousin, upon seeing the Run Oregon group picture at the NewYearathon, did remark that I had dressed up as a "ninja" .... )

* Why haven’t I read this before? Here’s the secret to running faster . . . smile more. Um, okay, I guess I’ll give that a try.

* Compression clothes – do they work? Maybe? Possibly as some kind of placebo effect . . . .

* The rich get thinner? Study finds that wearable fitness trackers tend to be owned and used more by the younger and wealthier.

* Important questions: “Why does my butt stay cold during a run?”

* For runners into minimalist footwear, here’s a review of a new shoe by a Portland-based entrepreneur. Competitor.com seems to like it a lot for trail running, if that’s your thing.

* “Running on water“! Well, not quite . . . dude is running on floating wooden planks. I gather this is still quite difficult. Of course, you could cheat like the Masked Magician:

* How many of these “10 funny things runners say” do you know?