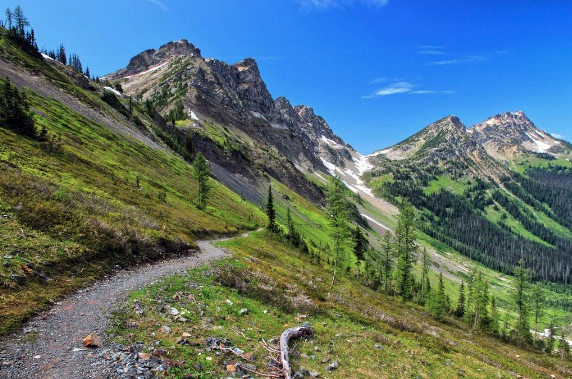 View of the Pacific Crest Trail - Just part of the trails Brian will be running.

Product: Filming Planet Earth's Most Beautiful 600 Mile Trail Run Location: Portland, OR Link: Kickstarter Kickstarter End Date: June 18, 2014 Current Pledge: $1445 of $2350 This weekend's Kickstarter of the Week is plucked straight from our base in Portland. Brian Stark, appears to be both a maniac and a great documentatian as he goes about filming his 600-mile trail run across Oregon and Idaho.

Beginning next month, he will be embarking on a 16 day journey to tackle this distance across some of the most beautiful trails (Pacific Crest and Bitterroot) and landscape in the Western US. Your support will help fund the filming, support and editing costs to produce a short documentary film.

This isn’t the first time he has done something like this and his life goal is to cross all 50 states of the USA on foot. In 2011 he also trekked across Nevada.This trip will actually be his 32nd and 33rd states completed. Last year he successfully completed a Kickstarter campaign to fund the filming of a documentary across Wisconsin and Michigan. You can check out the result here:

$25 will net you a DVD and help ensure that Brian makes his goal!