This past month I experienced my first Arizona trail race. I came across a race that was just a short drive from where we were staying on vacation and I just had to do the Estrella Cactus 5K – part of the Cactus Flower Trail Series. As race day drew closer I saw that the forecast was calling for a 100 degree day. I was already nervous about running in an unknown location and the threat of heat had me really anxious. Fortunately start time was 6:30 A.M., so I was hopeful the temperatures would be bearable.

On race morning I took the short drive to the trail head as the sun was coming up over the hills. I was the 2nd racer to arrive at the location, but I was glad I hadn’t gotten lost. The start area looked a bit barren. Just a start line with a lone cactus and hills in the background and one port-a-potty in the distance. The temperatures were comfortable, but I still decided I would run with water even though it was just a 5K. I was in the desert, after all.

Start line in the desert

I was super nervous, so I asked a fellow racer about the course. He assured me it wasn’t steep and sort of talked me through where we would be running. He asked if I normally ran trail races. I explained to him that this was my first Arizona trail race, as I am from Oregon. He responded with, “Oh! You run in the shade and over logs!” Yes, my friend, we have lots of shade and logs in Oregon. 🙂

The race director gathered us at start time and sent all 42 of us off into the desert hills. The trails meandered along and since there were no trees you could always see someone in front of you. That made me feel better since I was stressed about getting lost. The trails were well-marked and I begin to settle in. Even though I was in a different state, I was still with my people. There’s always familiarity amongst runners. 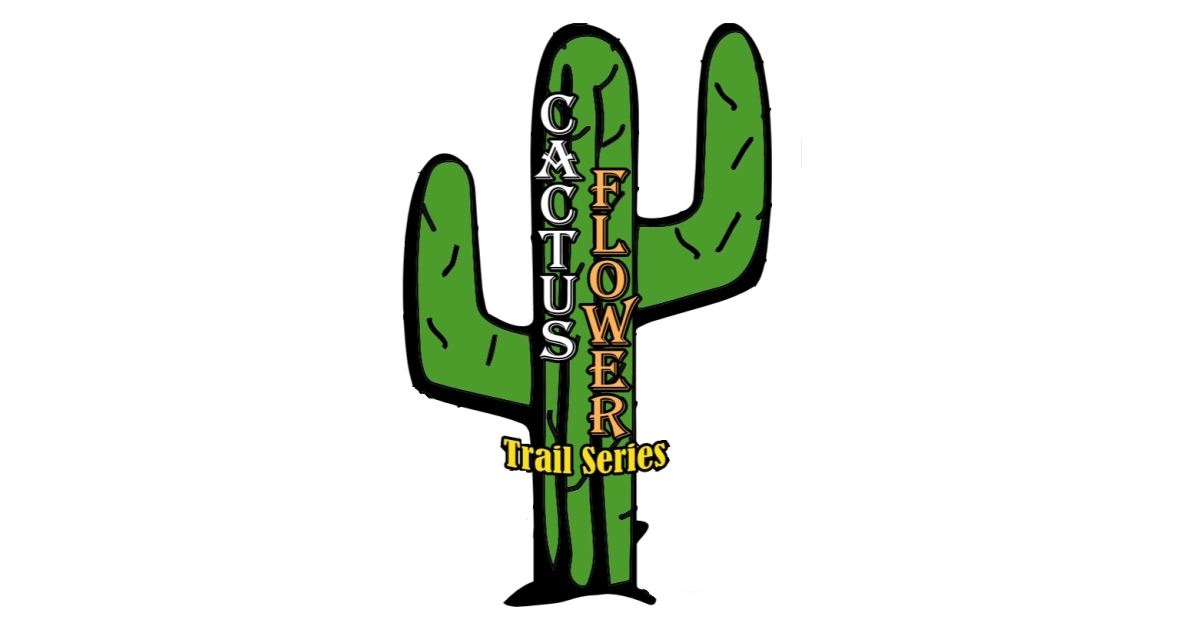 Suddenly I realized the trail markings went in 2 different directions. I looked up ahead, but with the meandering trails I couldn’t tell which route the person in front of me had taken. I called back to the people behind me and they were confused too! I decided to take the route that looked more “trail-like” and the others followed me until I came to a screeching halt. A giant Saguaro Cactus had fallen across the trail! My first instinct was to treat it like a log and climb up and over it . . . until I saw the huge spines. That explained the alternative route markings! Several of us chose to climb up a small bank instead of back-tracking completely and we made our way around that nasty obstacle and back on course.

The rest of the course thankfully remained uneventful and we even enjoyed a cool morning breeze. I finished the race and got my wooden cactus finisher medal – very cool and very different than any other medal I have. I chatted with the other finishers and enjoyed a post-race Gatorade while we waited for the awards. I was thrilled to find I had won first in my age division! I came away with another custom made wooden medal, this one with a 1st on it, to take back home to Oregon.

Age division win! (How cool is that medal?)

I thoroughly enjoyed my first trail race in the desert and would definitely sign up for another in this series if I manage to time my next visit on the right dates. Though small, the race was well-organized and had a great community feel. All my pre-race fears were for naught. I loved this race so much!

Run Oregon is Kicking it in the Craft CTM Ultra 2

On Top O' the World in the Topo Runventure 4