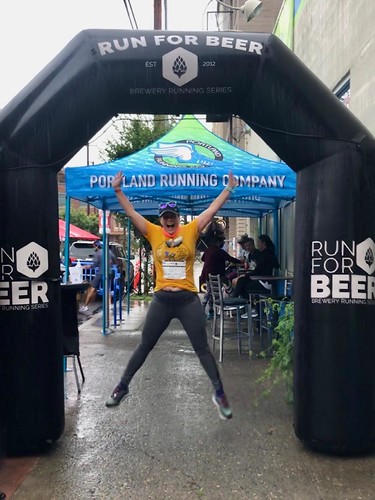 I’ve always enjoyed the Oregon Brewery Running Series, and who wouldn’t? These runs are the definition of “fun runs” with absolutely no pressure to be fast. These are exactly the kinds of runs you do with friends or even your kids. However, things have changed when we officially entered the pandemic of 2020.

As with most everything, COVID-19 has come in and ruined the party for most runners. Races have been canceled and sweaty selfies with our friends have suddenly been replaced by more than 6 feet from them in face coverings, if at all. We have all been sad, we’ve been depressed, and we’ve been unmotivated. The Oregon Brewery Running Series is ready to make some lemonade out of those lemons, and they have started offering real live races again, with safety precautions in place.

So what is different? Well, the biggest thing is now you don’t have a mass start time. There are several half hour time slots from 10:00AM to 5:00PM on race day and only 10 runners at a time are released. This really cuts back on the congestion that comes with a traditional race. For someone like me with a busy schedule, this is magical! I couldn’t make the 10:00AM time (which used to be the standard start time pre-COVID) so I picked the timeslot of 12:15 to 12:30 for the recent 5k Fun Run at the Run Pub with Fort George. What’s great is you can start ANY time within that 15 minute time slot, so there’s no standing around with other runners waiting to hear “GO” like you normally would.

The check-in process is still very similar to what it was like before, but there are far fewer people, and keeping the 6’ of distance is easier than you’d think. Everyone is wearing masks, (and you should too, per the signage instruction) and everything is outside. This event was with the Run Pub in NW Portland, so everything was ready to go when you arrived, right outside of Portland Running Company. You are given a bib to decorate and there’s a large map of the route as well as small paper copies you can take along with you in case you are directionally challenged like me and you take a wrong turn. The organizers did put signs with arrows out on the route, but of course you are at the mercy of life occurrences and you have to hope that nothing is moved.

After I found a parking spot, I got to the Run Pub right at 12:15 and had time to grab my bib and get the scoop on the new protocol from the helpful volunteers.  When I started the run, there was no one else in my sight, and what started as a nice run on a Fall day turned into a downpour of rain. Still, it was a short distance and a free shower, so the wet stuff propelled me forward. By the time I got back to the Run Pub, most of the people who had been outside had moved the tables inside due to the rain, but there were some people still outside to cheer on the runners.

After the run, as per usual, there was swag to claim. This time, we had our choice between socks and a camp mug, and though I already had a camp mug from a previous Brewery Series Challenge, I opted for another because it’s become my go-to for my coffee and who can’t use more awesome mugs? Then I headed inside for my free beer from Fort George Brewery, which was refreshing after the trek up Thurman. Raffles still occur with the series also, but now they are every hour since so many people are coming and going throughout the day. You’ll be notified if you win anything.

I’ve said it before and I’ll say it again.. The Oregon Brewery Series Runs are more than worth the cost of $30. You always get swag and there’s a good chance you’ll win a raffle prize too. The organizers are super down to earth, and it’s wonderful to support their events while also having a great time celebrating your health.

The bottom line is, if you are missing “real” races, come to an Oregon Brewery Series Run. They are doing their best to keep everyone safe and socially distanced, and this is the best we’ll get for a long while.

Next week, the Brewery Series is taking the 5k Fun Run to Vancouver at Trap Door Brewery. Come check it out!! While you’re at it, browse the schedule for all the other races coming to you soon from the Oregon Brewery Series. 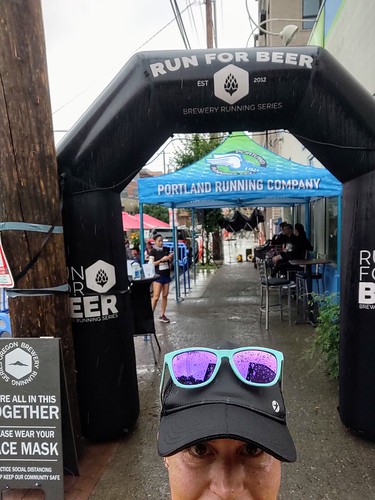