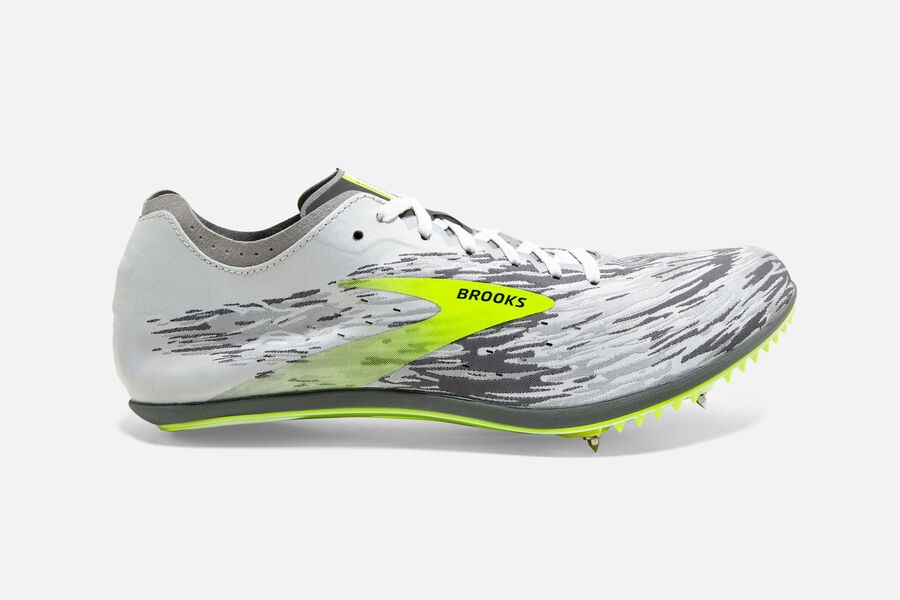 Matt: I will preface this review by stating that I have never run track before. The only spikes I have ever been familiar with are on the bottom of baseball cleats. So therefore, it may seem like an odd choice to review running track spikes.

That being said, I am going to venture that the vast majority of our followers also have no real significant experience with track spikes as well. But we probably all have put in some training work on the track (or know we should do more of that). So the review of the Brooks Wire v6 and Brooks QW-K v4 will be from a point of view of novices with track running intentions! I recommend checking out this article from Running Shoes Guru to learn more about track spikes for beginners.

The Wire V6 is the latest in the line from Brooks that is focused on longer distance races – ideally between 5k and 10k distances. In reading up on things, the spike configuration assists in providing the correct grips to correspond the best to certain distances. I shouldn’t have been surprised, but I was shocked at how light these shoes are (3.4 ounces).  I was impressed with the fit when putting these on for the first time, as I was anticipating a feeling of a lack of support. However, they held up really nice and I soon found myself soaring around the track at a pace I wasn’t really mentally prepared for. I’m not saying they made me faster, but their super light weight did not go unnoticed.

But even with my lack of track knowledge, I have been aware enough to ease into these shoes. There is essentially a negative drop on these, so I knew that extra strain would be placed on certain muscles – maybe especially so for a primarily heel-striker. I have been taking it relatively easy over the past few weeks and working up to 5+k distances, but think my body is slowly adjusting better with each workout. Nikki: We also tried out the QW-K v4, which is utilized for shorter distances – 400m and below. I am not much of a sprinter, but know it’s something I should work on to increase my speed and lung capacity – as well as a way to shake up a run workout. These weight a little more than the Wire (4.7 ounces) and have a different spike configuration – 7 spikes on the front instead of 4 in the Wire. The website recommends women sizing down 1.5 sizes, as this racing shoe is unisex, and I would agree with this. Though the shoes were a bit large for me, I wasn’t exactly planning to “go the distance” since that’s not the point with these. But it certainly is worth noting.

As with trying any shoe that is different than your norm, I’d recommend treading cautiously, so to speak. If you are used to a minimalist shoe, these might feel more at home on your feet than if you are used to Hokas or a more cushy shoe wearer (like me). But of course, again, these shoes serve a much different purpose than a race shoe. These shoes are just another training tool in the grand scheme of building up to be a stronger runner.

Both shoes come with an updated woven mesh upper to make the fit feel more “sock-like” than a shoe, and have an “aggressive full-length dual-layer spike plate to deliver rigidity needs to generate maximum efficiency”. My own lack of knowledge keeps me from delving too much more into this.

If you are looking to add a pair to your closet, perhaps in an effort to be more efficient on the track, we recommend you do the same.